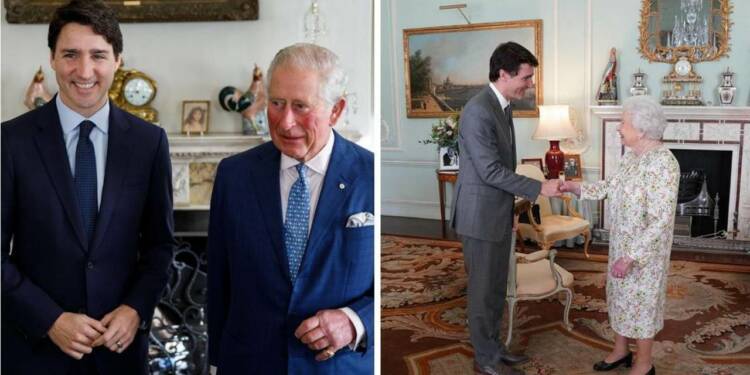 The move towards greater autonomy from Britain began in the late 19th century, with the Confederation of Canada Act of 1867, which established the Dominion of Canada and granted it a degree of self-government. This was followed by the Statute of Westminster 1931, which established Canada’s full legal independence from Britain. The Statute of Westminster was supplemented by the Canada Act of 1982, which formally abolished the British parliament’s authority over Canada and established the Canadian Constitution. The Canadian Charter of Rights and Freedoms, which is part of the Constitution, further strengthened Canada’s sovereignty by recognizing the rights of all Canadians.

Since then, Canada has continued to move away from British suzerainty. The Royal Canadian Mint stopped using the image of Queen Elizabeth II on its coins in 2003, and the Canadian national anthem was changed from “God Save the Queen” to “O Canada”. Canada also removed the Queen as a symbol of its national identity, replacing her with a maple leaf on the Canadian flag.

Moreover, Canada is economically  independent as well as blessed with natural resources, thus making it all the more logical to assert an identity independent of the crown. With calls of either disposing the suzerainty of crown or breaking away from the commonwealth gaining momentum in Africa and the Caribbean Islands, Canada too is following suit. For instance the country of Barbados finally ended the suzerainty of the crown in 2021.

The Quebec government’s recent move is part of this trend towards greater autonomy. The proposed bill, introduced by Quebec minister Nathalie Roy, would make the oath of allegiance to King Charles optional for civil servants and members of the National Assembly. The bill does not abolish the oath, but simply allows those who wish to take it to do so voluntarily.

The proposed bill by Quebec minister Nathalie Roy would add a section to the Canadian Constitution Act of 1867 in order to exempt Quebec from having to take the oath of allegiance to King Charles. The bill consists of only one article, which would modify Section 128 of the Constitution Act and make it inapplicable to the province.

The move has been widely welcomed in Quebec, with many seeing it as a symbol of the province’s independence from Britain. For example, the president of the Quebec National Assembly, François Paradis, said that the bill is “an important step in the process of Quebec’s decolonization”.

Regardless of where one stands on the issue, it is clear that Canada is slowly but surely moving away from its British suzerainty. The Quebec government’s bill is an important step in this process, and it is likely to be followed by similar moves in other parts of the country in the future. The trend towards greater autonomy from Britain is likely to continue, and it is an exciting time for Canadians as they shape their own national identity and move towards a more independent future.