Grenada: The land of thousands of spices and millions of lost opportunities

At the southernmost point of the Grenadines island chain in the Caribbean Sea, Grenada is a breathtaking island nation. The nation consists of two smaller islands called Carriacou and Petite Martinique 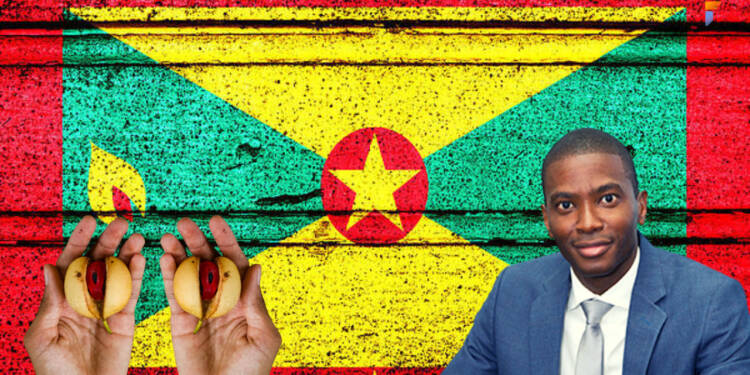 Grenada Country: Americas is not just the USA, or North and South America. It also includes the Caribbean, which is unquestionably the continent’s beauty jewel.

The Caribbean, however, is also a region of missed opportunities. It became so as a result of colonisation and the vicious crime that has gripped the area.

Grenada, also referred to as the island of spices in the Caribbean, is one such country.

The nation is situated southwest of Saint Vincent and the Grenadines, northeast of Venezuela, and northwest of Trinidad and Tobago. The discovery of Grenadines

Before the arrival of Europeans in the Americas, Grenada was inhabited by the indigenous peoples from South America. As per the recorded history, Christopher Columbus sighted Grenada Country in 1498 during his third voyage to the Americas.

After several unsuccessful attempts by Europeans to colonise the island due to resistance from resident Island Caribs, French settlement and colonisation began in 1649 and continued for the next century.

On 10 February 1763, Grenada was ceded to the British under the Treaty of Paris. British rule continued until 1974 (except for a brief French takeover between 1779 and 1783).

On 3rd March 1967, Grenada was granted full autonomy over its internal affairs as an Associated State, and from 1958 to 1962 Grenada was part of the Federation of the West Indies, a short-lived federation of British West Indian colonies.

The era of instability

In 1974, Grenada Country got independence. However, the good days for the island were just numbered.

In 1979, Former Grenadian PM Eric Gairy was thrown out of the country, when his opposition launched a bloodless coup, suspended the constitution, and established a People’s Revolutionary Government (PRG), headed by Maurice Bishop who declared himself prime minister.

His Marxist–Leninist government established close ties with Cuba, Nicaragua, and other communist bloc countries. All political parties except for the New Jewel Movement were banned and no elections were held during the four years of PRG rule. Then, came the United States with its invasion.

The US continued its effort to remove Bishop with local leaders and eventually succeeded in throwing Bishop out of power.

Governor-General Scoon appointed an interim advisory council headed by Nicholas Brathwaite to oversee the holding of fresh elections after US troops left Grenada in December 1983.

The New National Party, led by Herbert Blaize, became the PM on December 1984 until his death in December 1989.

As head of state, King Charles III is represented in Grenada by a governor general who acts on the advice of the prime minister and the cabinet. The leader of the majority party serves as Prime Minister and head of government.

Whereas, The National Democratic Congress (liberal) and the New National Party are two prominent political parties in Grenada, both of which are moderate (conservative).

The left-leaning Maurice Bishop Patriotic Movement (MBPM, founded by the pro-Bishop survivors of the October 1983 anti-Bishop coup) and the populist GULP of former Prime Minister Eric Gairy are minor parties.

Tourism is the main economic driver of the country. In 2019, Grenada Country was one of the nations most dependent on tourism. After the COVID-19 pandemic, however, the nation suffered greatly.

However, besides the Pandemic, the Grenadian economy has experienced much more tragedy. Hurricane Ivan, which struck Grenada in September 2004, nearly brought the island nation’s economy to a complete halt by damaging or obliterating 90% of its structures, including some tourist attractions.

The Eastern Caribbean Central Bank (ECCB), which oversees monetary policy and issues a single currency for all of its member nations, includes Grenada. Within the parameters of the currency board arrangement, inflation has remained low and stable, averaging 2% over the previous 15 years.

Even after such tumultuous history. Grenada is still a peaceful place than almost every other Caribbean nation, at least that’s what data suggests.

Grenada also has a large spice industry; in fact, the word “spices” has emerged from it. On this island, which is a top exporter of these goods, you can find a variety of spices, including nutmeg, cinnamon, ginger, cloves, allspice, bay leaves, and turmeric.

The population of 100,000 still relies on spices and tourism for their daily wages. Nutmeg were once part of the Grenada’s flag.

The island’s colourful buildings and the people’s personalities are what truly define Grenadian charm.