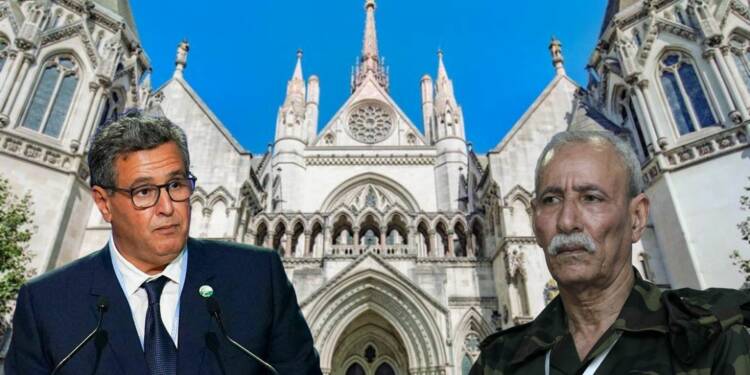 Morocco and United Kingdom Agreement: Morocco has been relatively successful in garnering international support for its “Autonomy Plan”. It has already received support from several western countries like the US, France, Germany etc. and it seems now it has been able to establish the idea of “One Morocco” even in the United Kingdom”.

Blow to Polisario in UK

The administrative court of London has rejected the petition of a British NGO (WSC), working on behalf of the “polisario”, which challenged the association agreement between Morocco and the United Kingdom.

So, what is the agreement about?

Actually, the partnership agreement between Morocco and the United Kingdom fully benefits the populations and the development of all the regions of the Moroccan Kingdom, from north to south, without exception.

This judgment thus inflicts a new setback on the enemies of Morocco’s territorial integrity, namely the “Polisario”, who are attempting to hide their repeated failures by trying to convince the British justice to re-examine the post-Brexit trade agreement, signed and supported by the two Kingdoms.

The Polisario Front is a rebel Sahrawi nationalist liberation movement that claims Western Sahara and seeks its independence.

Whereas, Morocco has controlled most of Western Sahara since 1975 and claims the sparsely populated stretch of desert, which has offshore fishing, phosphate reserves and oilfield potential, as its own territory. The UN has also called for ending the four-decade deadlock over the region before.

However Morocco’s king made it clear that he will offer no more than autonomy for the disputed Western Sahara and came up with an “Autonomy Plan”. Morocco submitted its plan to the UN Security Council in 2007, with the aim to find a lasting and agreed-upon political solution to end the Western Sahara dispute.

Further, the plan designates the Western Sahara region as a semi-autonomous one under Moroccan sovereignty while allowing full local administration in the region to manage their social, economic, and political affairs.

More & more countries have now come to endorse Morocco’s Autonomy Plan and have considered it as a “good basis” to end the dispute over Western Sahara.

Apart from US & France many other countries such as Germany, Spain, Netherlands and Belgium also have recently endorsed the Autonomy plan.

Earlier a mutual agreement was also reached at, on access to the British market for all products originating from Western Sahara, i.e. Sahrawi fisheries, agriculture and phosphates, which would enter the British market under the same conditions as Moroccan products.

Also Read: To tackle the Algeria-Russia combine the West is literally bribing Morocco

UK comes out to support Morocco

And now with the London Administrative Court verdict, UK has once again reaffirmed its stand and its commitment to continue the partnership with Morocco.

“We welcome today’s verdict. We will continue to work closely with Morocco to maximize the £2.7 billion of trade between our countries,” stated a spokesperson for the UK Department for International Trade.

It should also be noted here that, the United Kingdom has continued to work to strengthen its trade and economic relations with Morocco since Brexit, which has established itself as the leading exporter of agricultural products to the EU through the implementation of a first maritime line.

However, Morocco had outright refused such an initiative in the region and emphasized to revive the economy through investment, including a new roads programme and an international airport serving the rest of Africa, while also urging Moroccan and foreign investors to grab opportunities in the region.

It seems Morocco’s efforts have finally paid off and it has successfully used its economic leverage to protect its territorial integrity and consolidate national unity. Now, the UK has also come out to support Morocco and snubbed the Polisario.