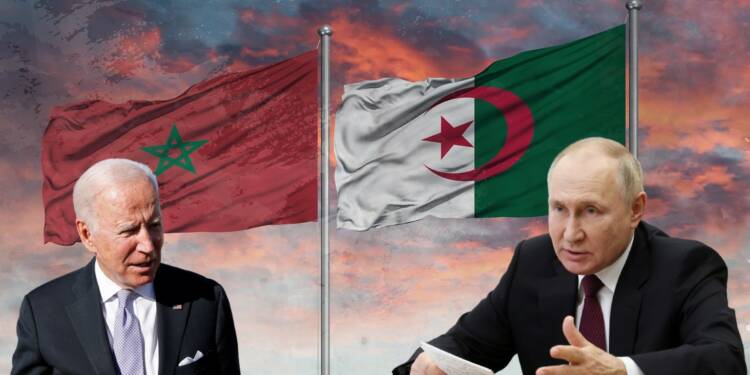 One of the oldest strategies of the US and Europe is to give huge aids to countries to manipulate them into breaking ties with their arch rival Russia. One of such nations is Algeria, whose closeness with Moscow is the target of another aggression of Biden and his lackeys. This time, they have summoned Britain to do their dirty work.

The West is terrified of Algeria’s growing relations with Russia. Recently, in the European Parliament, a group of MEPs called on the Chief of the European Commission to review their ties with Algeria. They falsely accused Algeria of financing war crimes against Ukrainian people.

Algeria has increased its defense budget to $23 billion, $17 billion of which is set aside for the procurement of arms from Russia. Algiers was also threatened with imposition of sanctions by US lawmakers in Congress who wrote a letter to the Secretary of State Antony Blinken and urged him to punish Algeria for deepening ties with Moscow.

Deploying Britain to fulfil its goal

Earlier, the West used to support both Algeria and its arch nemesis Morocco. However, after Algeria going to the Russian camp and not following the command of Biden and his allies, the US and Europe are trying to bring Morocco to their side by literally bribing it.

For this purpose, the United Kingdom has been deployed to execute this task. UK’s government has earmarked £4 billion to strengthen bilateral economic partnership with the north-African nation. The UK Export Finance (UKEF), which is a government agency, stated that Morocco will provide various opportunities for UK’s businesses in the energy, infrastructure and transport sectors.

The West knows that it cannot deploy its puppet institutions such as the International Monetary Fund (IMF) and World Bank for this purpose otherwise it will be obvious that the West especially US is giving a bribe to Morocco in order to convince it to fully embrace the Western camp.

Now, Britain itself is in a deep economic crisis, the nation has fallen into recession, which was confirmed by Finance Minister Jeremy Hunt. The nation last witnessed such recession in 2008.

Britain’s economic condition worsened ever since the unorganized Brexit which resulted in multinational corporations transferring $1 trillion out of the nation’s banks as well as $150 billion worth of assets out of the country. The foreign direct investment has tremendously fallen and the property market saw stagnation.

The Ukraine-Russia conflict and self-depreciating sanctions of the West also had repercussions on the UK’s economy. Britain saw skyrocketing prices of oil and gas which further ballooned into an economic crisis.

Britain is also embroiled in an unprecedented political crisis.  Boris Johnson and Liz Truss had to resign as people were infuriated with their false promises and failure to govern the nation efficiently.

As aforementioned, United Kingdom cannot take care of its own economy but is providing financial assistance to Morocco. London is anticipating that with this move Rabat will get persuaded to make drastic changes in its foreign policy.

However, Morocco is a nation which is involved in a decades long conflict to safeguard its sovereignty and territorial integrity. It is cautious when it comes to forging alliances with other nations. As the reputation of the West has tremendously fallen in the backdrop of Ukraine-Russia crisis, African countries are realising that siding with the West will only lead to devastation and financial woes. Therefore, the attempt by Biden and his allies to bring Morocco under their dominance through Britain will meet a tragic end.