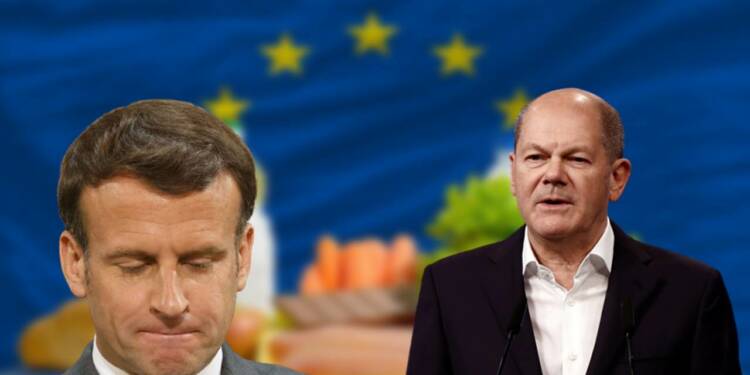 In the wake of the Russian military aggression against Ukraine, the EU imposed sanctions after sanctions to crash the Russian economy. Initially, analysts had predicted that the Russian economy would face the brunt and pay the price of war but what ensued was the exact opposite. This was enough frustrate and already agitated EU which is now running short of sanctions but the Russian economy still stands firm. Though late but finally the EU members are now coming to a consensus with the realities.

In the past months, EU has witnessed a number of internal rifts in the name of sanctions imposed on Russia. The poorer nations of the EU have been demanding a waiver of sanctions against Russia as they remain the most affected, but now what comes as a shock to the EU is the criticism it is now facing from the heavyweights of the bloc.

Finally, France and Germany are rising up against the EU to defy the sanctions as they have realised the heavy loss they are incurring owing to it. They now appear to be cosying up to Russia as whatever they had intended has failed terribly. In a recent development, leading EU members are urging Brussels to modify its sanctions against Moscow to provide a clearer exemption for supply of Russian grain and fertiliser, arguing that the current regulations are delaying crucial shipments to developing nations.

According to a position paper seen by the Financial Times, Germany, France, and the Netherlands are among the nations requesting the European Commission to adopt an amendment clarifying the sanctions surrounding Russia’s food exports. The European sanctions have dug the grave of poorer nations across the world. If we consider Africa, countries are experiencing food and agricultural foodstock shortages which has led them to attack the EU sanctions.

Even the African nations have acknowledged that the continent of Europe has become a “collateral damage” in the western allies’ clampdown on Russia. While the commission has provided guidance to EU countries to permit passage of Russian grain and fertilisers, governments and transport operators said it was not robust enough to guarantee legal protection.

“The current legal situation contributes to the criticism, that sanctions actually hinder trade in food and fertilisers,” said the paper by the group of member states, which also includes Spain, Belgium and Portugal. Recently, governments and transport companies’ argument on the European Commission’s advice to EU nations on how to allow the transit of Russian grain and fertiliser was not strong enough to ensure legal protection.

According to the publication, corporations sometimes keep shipments in European ports longer than necessary out of concern for engaging in business with Russian organisations owned by people subject to sanctions.

According to the study, supply chains are disrupted because financial institutions, insurers, transporters, and wholesalers are reluctant to engage in business transactions involving the export of Russian food and fertiliser.

Read More: EU runs out of sanctions to impose on Russia

Now, the EU seems to stand in contradiction with its own policy as it is now going stricter on the agricultural transactions than the US and the UK which has led to the European countries suffering with food and grain shortages.

This has become the reason as to why the European nation’s anti-Russia stance is vanishing in thin air. Nations like the Netherlands have already raised concerns against the sanctions that are throwing the EU in a state of crisis but the bloc was reluctant enough to lend ears. But, now countries like France and Germany are taking the reins in their hands and are defying the sanctions covertly and overtly which must be giving the bloc nightmares.