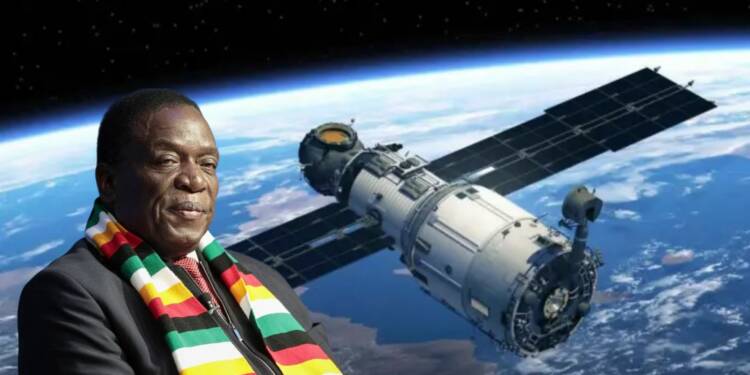 Zimbabwe satellite mission: Africa is aiming big and is making steady progress in its space program. Many African countries are making steady progress to become major powers in the world’s space race. Gone are the days, when Africa was treated or seen as a dirty, diseased place. However, now Africa is thinking big followed by concrete steps to tap into the potential of the space sector. A growing number of African countries are developing national space programs. To date, 52 satellites have been launched by 14 African nations.

Uganda and Zimbabwe are the latest African countries to launch a satellite. They launched PearlAfricaSat-1 and ZIMSAT-1 on November 7, 2022. Now, Zimbabwe is set to begin work on Zimsat-2.

After the success of Zimbabwe’s first satellite mission, the ZIMSAT-1, the Zimbabwe National Geospatial and Space Agency (ZINGSA) has confirmed that preliminary work, including satellite mission development, has been greenlighted by President Emmerson Mnangagwa for Zimsat-2. In addition to this, the national Treasury has reportedly set aside USD 300 million for the project in the next year’s budget.

Read More: A proud moment for South Africa. It is all set to build the world’s largest Radio Astronomy Instrument

Further, commenting on the proposed satellite project details, the Minister of Higher and Tertiary Education, Innovation, Science and Technology Development, Professor Amon Murwira, disclosed that ZIMSAT-2 would be a communication satellite that will improve the country’s digital transformation.

On the other hand, it launched its first satellite into space in a bid to help collect data to monitor disasters, boost agriculture and enhance mineral mapping.

These are the areas in which Zimbabwe is working on to tackle the sanctions imposed by the west. Recently it was reported that Zimbabwe is performing better every year when it comes to the production of grains.

Zimbabwe’s plans to launch the satellite started in 2018, less than a year after President Emmerson Mnangagwa came to office, who created the Zimbabwean National Geospatial and Space Agency (ZINGSA) to promote research and innovation in the country.

Launching its first satellite was a historic moment for Zimbabwe as it  hoped that the data collected by the satellites will help improve life on the ground. ZimSat-1 will help Zimbabwe in land, water and mapping, including weather forecasting, infrastructure planning, and disaster prevention.

This journey has not been easy for Zimbabwe at all. Western sanctions have adversely affected the country’s economy. It has gone through a turbulent political and economic situation for a very long time. Since the 1990s, soaring inflation, debt distress, poverty, unemployment, etc. have been the major issues of its economy. Further, Zimbabwe has lost about $100 billion in aid and grants from financial institutions such as the African Development Bank due to West’s sanctions. The World Bank uncovered that the GDP of Zimbabwe fell from $6.78 billion in 2001 to $4.42 billion in 2008.

Thus Zimbabwe’s economy has been struggling for two decades due to Western sanctions. However, now the country despite facing all odds is aiming higher and investing on its space program to utilise it for the country’s well-being. From banking transactions to health and education, our modern lifestyles are dependent on space products and services. Thus with the right approach & commitment it can drastically change country’s fate and immensely contribute to its progress. By taking its space sector ahead Zimbabwe has firmly stated to the West especially America that despite dealing with all odds it will not stop in the development trajectory.