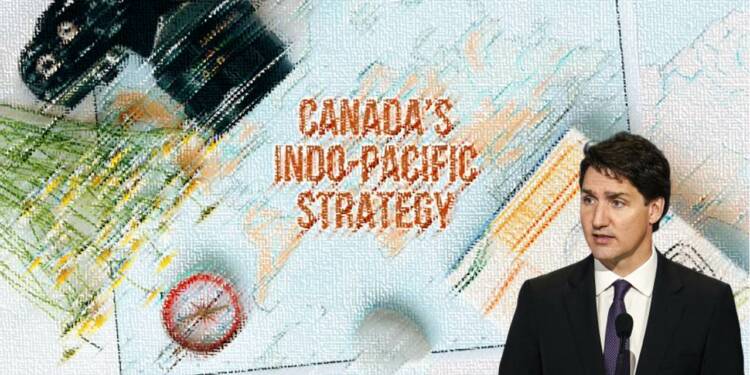 Canada and Southeast Asian Nations: It is indeed a shame that the very same liberal poster boy, Justin Trudeau who condescends other nations on so called “deteriorating conditions” of democracy maintains complete silence when it comes to racial discrimination and inhumane treatment of migrant workers in his own country. The so called champion of the liberal world order has started to ally with nations with the alleged human right abuses. Such is the precarious condition of the Canadian PM that even his cronies have started to call out his duplicity publicly.

Canada’s plan to deepen ties with Southeast Asian Nations has raised questions about how it will address human-rights concerns in the region.

Ottawa’s Indo-Pacific policy, which calls for a stronger presence in the region through diplomatic, military, and trade relations, was presented last month. The plan aims to stop China from weakening both international economic laws and human rights. In addition to pursuing military training and interoperability with nations like Indonesia, Singapore, and Vietnam, Canada is negotiating economic agreements with those nations as well as with Indonesia, India, and the Association of Southeast Asian Nations.

However, advocates are worried about Canada’s reticence on human rights issues in nations it hopes to collaborate with.  “Human rights are human rights, and you can’t be a hypocrite when it comes to dealing with governments who are human-rights abusers,” said Fareed Khan, the founder of ‘Canadians United Against Hate’

When asked about that legislation, Foreign Affairs Minister Mélanie Joly spoke generally about human rights. She said Ottawa is trying to find friends in the region and nudge them toward Canadian values.

“Human rights are always a part of our foreign policy has always been and will continue to be. So we’ll always raise these issues,” she said. “The tectonic plates of the world’s power structure are moving, and so in that context, we also need to make sure that we work with a broad coalition of states to defend the very principles of the UN Charter.”

Even among her own loyalists, her statements failed to restore faith. One of Trudeau’s coalition partners, the NDP, asserted that the federal Liberal government’s focus on trade negotiations since taking office in 2015 has eroded fundamental principles.  “We’ve seen this constant move toward prioritizing trade over human rights, over development, over diplomatic relationships,” NDP foreign-affairs critic Heather McPherson told reporters.

Although the Canadian prime minister frequently advocates human rights and humanitarian principles, he has been inconsistent in upholding human rights abroad and has either participated in egregious atrocities or personally committed them. The situation is identical this time as well. Trudeau has pledged to building connections with Indonesia, the same country whose parliament overwhelmingly voted to make having sex outside of marriage illegal by a year in prison and to outlaw insulting the president and state institutions.

Besides, the Philippines is among the countries with which Canada plans to pursue military interoperability. Meanwhile, Human Rights Watch has documented the Philippine military’s compliance in a bloody drug war led by former president Rodrigo Duterte, as well as in social-media campaigns that included threats against his opponents. Things aren’t hunky-dory at home as well. We have all seen firsthand how the Trudeau government committed the worst human rights abuse during the Freedom Convoy protests. Further, there have been numerous reports of racial discrimination against workers in Africa by Canadian companies.

Also Read: Trudeau totally blew off Canada’s chances in Tanzania by not acting at all

Realistically, a rejection of a concern for international human rights is a common practice in geopolitical space because foreign policy ought to be about the national interest defined in terms of power.  But for Trudeau, who has consistently presented himself as the defender of progressive values, a leader who has been praised by the entire liberal coterie as humane, inclusive, feminist, liberal, and colourful, and an individual who has emphasised how human rights are a core idea of his foreign policy, allying with nations with the worst human rights records is hypocrisy on steroids. Are we still shocked, though? I’m sure not! Trudeau has always been like this — a malignant narcissist and a very unscrupulous leader whose only concern is sustaining his appearance as the globe’s jolliest liberal leader.