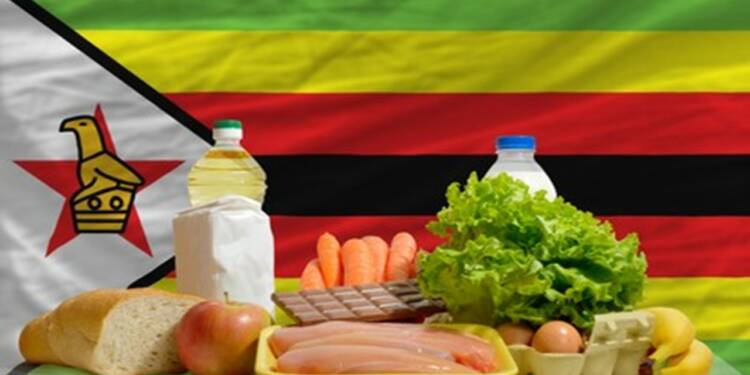 Zimbabwe green revolution: In Africa, food insecurity is on the rise. Apart from the pandemic’s consequences, which brought about job losses and disrupted often stable supply systems, many African residents had already been experiencing socioeconomic hardship. The war between Russia and Ukraine has only made things worse. But all is not lost for the continent. Zimbabwe is spearheading the fight against the impending global food catastrophe and is poised to usher in a green revolution on the continent.

As the impacts of climate change continue to intensify and global shocks upend business as usual, Africa is feeling the brunt of what has been coined “the perfect storm” – a food, fuel, and fertilizer crisis exacerbated by the war in Ukraine, scarring effects from the COVID-19 pandemic, soaring inflation, rising debt, and extreme weather.

Perhaps no priority is more pressing than addressing food insecurity to safeguard the calorie and nutrition needs of Africa’s one billion people and protect their human development. At least one in five Africans go to bed hungry and an estimated 140 million people in Africa face acute food insecurity, according to the 2022 Global Report on Food Crises 2022 Mid-Year Update.

Countries in Eastern and Southern Africa are taking a variety of short-, medium-, and long-term measures in response to these problems in an effort to lessen the impact of the current crisis on the poorest households and put the continent’s food systems on a more productive and resilient course.

Zimbabwe, a country in southern Africa, is one such country that is worth highlighting. Long battled with an unstable political and economic environment that is largely attributable to US sanctions, Zimbabwe is currently developing a growth model that is worthy of imitation.

In Zimbabwe, agriculture is booming, and young people are the key drivers. For instance, the nation is expected to harvest 2.8 million tonnes of maize this year, which will be three times as much as the harvest in 2020 and the largest output in 20 years. To be clear, it is a result of the efforts of the government, financial institutions, and private entities, that agricultural production in Zimbabwe is expanding.

President Emerson Mnangagwa who took over the reins of government in November 2017 has adopted policies to attract the young and educated to farming while at the same time luring back many white farmers who had relocated to Australia, South Africa and the United Kingdom following the seizure of their land about two decades ago.

The president pledged to provide 99-year land leases to white farmers and guaranteed the security of those willing to return home. Returning white farmers are partnering with their black counterparts, including young black farmers, leading to a healthy exchange of capital, skills and machinery.

Not only that, but the African nation is also working to ensure that the entire continent of Africa is unified in its fight against food security. According to recent reports, Zimbabwe is hosting the Regional Universities Forum for Capacity Building in Agriculture (RUFORUM) which aims to explore ways to produce high – performing graduates and high-quality research that meets new and changing needs for farmers on the continent.

The meeting which runs from December 12 to 16  will be held under the theme: “Strengthening Africa’s Agri-food Systems in the Post COVID-19 Era – Opportunities and Challenges.”

RUFORUM, which was formed in 2004, has a membership of 161 Universities in 40 African countries spanning all the five geographical regions of the continent.

This biennial meeting brings together university leaders, researchers and graduate students to interact with each other but also with other actors including policy, industry and development practitioners.

RUFORUM seeks to broaden scope and galvanize dialogue on key areas, such as the response to the UN Food Systems Summit and how to harness global partnerships for advancement in higher education, research and development.

Without a doubt, this would give Zimbabwe a podium to exhibit its development model to the diverse African countries, allowing the other countries to learn from Zimbabwe’s expertise.

The sanction-induced economic mire has inflicted a myriad of real challenges on Zimbabweans, especially amid an unprecedented global pandemic. Zimbabwe has lost well over US$42 billion in revenue over the past nineteen years because of the sanctions. This has resulted in the most vulnerable sections of the population sinking deeper into poverty. Nevertheless, witnessing the nation emerge from this horrendous situation and usher in previously unheard of levels of agricultural growth would undoubtedly instill the seeds of inspiration across the entire continent.