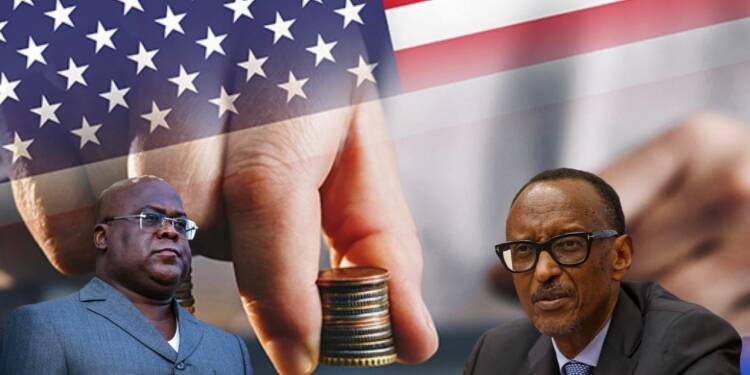 In Rwanda, the United States of America is becoming less influential. Its benevolence toward M23 isn’t producing any noticeable effects. African nations like Kenya and Uganda are collaborating to permanently destroy the M23. US President Joe Biden’s blood is churning over this. In order to save its friend Rwanda, which is today submerged in agony, a frantic US is running pillar to post in a bid to pump money and keep the bruised M23 alive.

The Congolese Revolutionary Army, usually referred to as the March 23 Movement or M23, is a rebel military force that is centered in the eastern parts of the Congo. They were routed and pursued into Rwanda and Uganda in 2012–2013 by Congolese and UN forces. The return of M23 in the current era has wreaked devastation in Congo.

The M23 was formed in 2012, claiming to defend the interests of Congolese Tutsis, a group sharing the ethnicity of Rwanda’s President Paul Kagame, against Hutu armed groups, seizing Goma, the largest city in DR Congo’s east, the same year. After a peace deal in 2013, many M23 fighters were integrated into the national military.

The group resumed fighting in late 2021 after lying dormant for years, accusing the government of having failed to honour an agreement over the demobilisation of its fighters.

It has since captured swathes of territory in North Kivu, including the key town of Bunagana on the Ugandan border in June.

For months now, M23 has waged its most sustained offensive in years, killing dozens and forcing at least 40,000 people to flee in only a week’s time. Nearly 200,000 people had already been displaced over the past year even before the latest surge in violence.

Rwanda may claim to have no ties to the M-23 movement, but the data clearly shows otherwise. You see, a sizable portion of the world’s supplies of cobalt, copper, diamond, tantalum, tin, and gold are found in Congo. It is the Democratic Republic of the Congo’s principal source of export income.

Given that M23 can assist Rwanda in gaining access to these reserves, it is completely feasible that Rwanda is funding the organisation for this purpose in order to profit quickly from the minerals.

But many African nations are trying to help the DRC government in its fight against the M23 rebels. This has caused great annoyance to the Rwandan government.

To be clear, a declining M23 is a problem for the United States of America as well. The US has consistently employed the organisation to transport cobalt and other commodities into the nation. In order to preserve the M23 movement and maintain the flame of resource smuggling from the DRC, the US has spent billions of dollars.

Now, according to recent reports, the International Monetary Fund has approved $319 million for Rwanda under a new financing arrangement aimed at helping countries deal with prolonged risks such as climate change. Make no mistake: US officials literally gave their approval for this financing to be implemented. We are all aware of how the IMF has consistently promoted the interests of its American donors by promoting policies in Africa that align with US foreign policy goals. The likelihood of getting an IMF loan or grant increases when a country realigns with the US.

It’s conceivable that this is just another effort on the part of the US to continue funding the M23 movement through the Rwandan government in order to maintain its control over the DRC’s resources.

Ironically, this funding was announced just a few days after Nobel laureate for the Congo, Denis Mukwege demanded sanctions against Rwanda for allegedly supporting the M23 rebel movement. Sanctions were demanded, and the US-led Western bloc asked the Rwandan government to stop aiding the M23 rebels. To put it another way, Rwanda is currently collecting millions of dollars despite the fact that it should have been sanctioned. Sounds funny, doesn’t it? But the global institutions under American dominance have always been deeply defective. Perhaps, African nations may choose to increase their efforts to permanently demolish the M23 movement by taking note of this sinister act by the West.