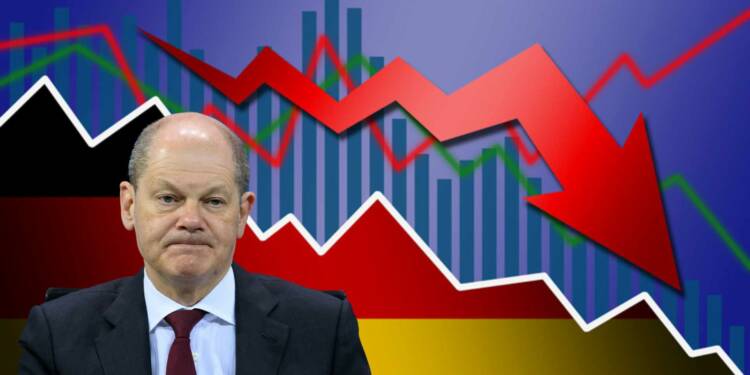 Germany is heading towards its economic catastrophe. A downturn that’ll wreck the prosperity of the European union. After Covid-19, the Ukraine war has exacerbated the country’s woes. To dilute the consequences, it’s running hither thither. But, it’s too late now.

The German Finance Agency has announced that the federal government of Germany plans to issue a record amount of debt next year to pay for bills related to the energy imports. The plan unveiled on Wednesday predicts that debt issuance will increase from €449 billion ($477 billion) this year to approximately €539 billion ($573 billion) in 2023. The previous high point occurred in 2021, when the government was working to mitigate the effects of the Covid-19 pandemic.

The shadow of black clouds hangs on the plan. Reuters reports that the nation’s spending is anticipated to outpace its income in the upcoming year, during which the federal government will also be required to reimburse investors for securities totalling more than €325 billion ($345.2 billion).

The sanctions on Russia have backfired on the European economies. The largest economy in Europe, Germany, is having difficulty keeping up with the rapidly rising cost of gas and electricity. The country, whose economy is primarily powered by natural gas, has vowed to replace imports from its primary supplier Russia as early as mid-2024. However, the current energy shortage has worsened by efforts to diversify gas supplies. Pressure from EU sanctions, maintenance problems, and the sabotage of the Nord Stream pipelines have also worsened the already dilapidated situation.

The government’s financing plans have come under fire from opposition MPs, who already claim that the over-budgeted plans demonstrate a lack of fiscal discipline.

According to World Economics, at the end of 2019, the official estimate for Germany’s GDP is $3.861 trillion. Germany’s debt level is indicated by the official debt-to-GDP ratio of 70.0% for the country’s economy.

After the arrival of the pandemic Germany took more debt. Now, the Ukraine war has led to even more borrowing by the government.

Due to the increased spending, Germany’s debt-to-GDP ratio will climb from 70% to around 90% by the end of this year. Investors typically evaluate a country’s government debt as a percentage of GDP to determine that country’s ability to make future debt payments, which has an impact on the country’s borrowing costs and government bond yields.

The energy situation in 2023 is only going to deteriorate. As per the International Energy Agency (IEA), the EU’s projected gas supply-demand deficit may reach 27 billion cubic meters by 2023. Germany would have to issue more debt to cover these costs too.

The energy companies are already on the verge of bankruptcy. If the debt keeps on increasing, the day won’t be far when Germany will be pushed to bankruptcy. The economic chaos would only be exacerbated by the weak coalition and the political instability.

Further, Germany has already reached the zenith of economic prosperity, it’s now scrambling for new markets outside of Europe. The challenge for it is to maintain the economic stability. The days of prosperity by utilizing cheap Russian gas are coming to an end.

Germany’s official debt to GDP ratio increased to 82% in 2012 after the 2008 economic crisis. If the current trend continues till 2025, Germany is at the risk of seeing the worst economic situation the country has ever seen.