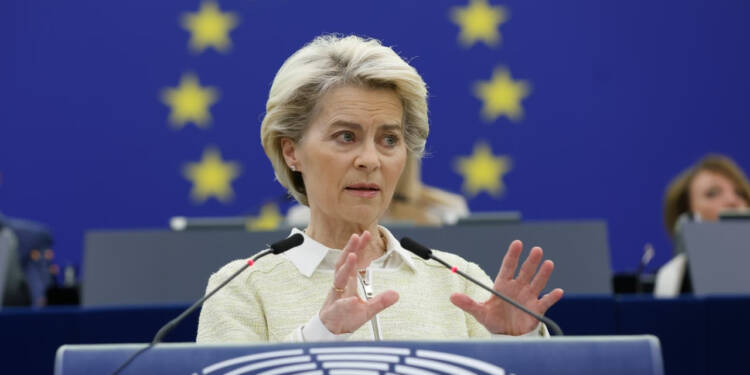 Europe energy crisis: The energy crisis owing to the uncertainty of supplies from Russia has thrown the European continent into a state of devastation. Ominous as it may sound, Russia has impinged a stock reaction within the whole of Europe about the dearth of gas it may face. The European countries are now living with the Russian scare which has left them with some social and economic bruises. But, when are these bruises set to recuperate? Certainly, not this year and if data is to be believed, not even the upcoming year.

Europe is in a state of tizzy owing to the bone-chilling winter it is experiencing this year owing to the energy crisis. And to mount up to the worries of Europe, the International Energy Agency has released a report which might give nightmares to the continent. The agency has flashed warnings to speed up recovery as next year is poised to be more horrible for the continent.

The heads of the International Energy Agency (IEA) and the executive body of the European Union have however stated that the 27-nation bloc is expected to withstand an energy crisis this winter. At a news conference on Monday, IEA Executive Director Fatih Birol warned that the EU must hasten renewables to market and take other measures to avoid a potential shortfall of natural gas needed for heating, electricity, and manufacturing next year.

“This winter, it looks like we are off the hook,” Birol said, despite “some economic and social bruises”. However, he added that “the crisis is not over and next year may well be … much more difficult than this year”.

Even after Russia halted most natural gas supplies to Europe as part of its war in Ukraine, EU countries were able to replenish gas storage for the winter heating season by accessing new supplies, saving energy, and profiting from mild weather and low Chinese demand amid COVID-19 lockdowns. However, those reasons may fade by next year, making it vital for the EU to focus on increasing energy efficiency, paving the road for renewables, and conserving energy, Birol said during a joint news conference with European Commission President Ursula von der Leyen.

According to the IEA, the EU might face a natural gas shortfall of up to 30 billion cubic metres (bcm), owing to the possibility of losing the remainder of the Russian pipeline supply and a tight market for liquefied natural gas, or LNG, that arrives by ship if Chinese demand recovers. In 2021, the total EU gas consumption was 412 billion cubic metres.

Plus, “nobody can guarantee that next year’s temperature is as mild is this year”, Birol said.

Though the EU has been able to withstand the energy crisis in Europe this year, the report warns to be more cautious and prepared next year. The agency has also come up with a press release stating how to avoid gas shortage in the EU in 2023. It believes that the European and global natural gas markets are not yet out of the danger created by Russia’s halted gas supplies.

This year, when Russia invaded Ukraine, the EU slapped a series of sanctions on Russia owing to which it is now facing the brunt now. Russia in a retaliatory move halted the gas supplies which left the EU in a lurch. Hamstrung by the escalating energy crisis, storage levels dipped to first-time lows since April and such a scenario invariably forced the EU to tap reserves normally used during the peak winter season. Which is why the countries are now left with no gas in store. But, somehow, the bloc has managed this winter but the worries are still not over. Russia, which is facing a flurry of sanctions by the EU, now looks more determined to cripple the whole of Europe.

If Russia’s gas exports fall to zero and China’s LNG purchases rebound to 2021 levels, there is a chance of a gas supply shortage in 2023. EU governments’ existing policies on energy efficiency, renewables, and heat pumps should assist to lessen the extent of this possible natural gas supply-demand imbalance in 2023. A rebound in nuclear and hydropower output from decade lows in 2022 should also help close the gap. Despite this, the EU’s projected gas supply-demand deficit may reach 27 billion cubic metres by 2023.

So, the EU’s miseries are bound to aggravate and not mitigate. Hence, it must prepare for the course beforehand otherwise the bloc might soon face its doom.