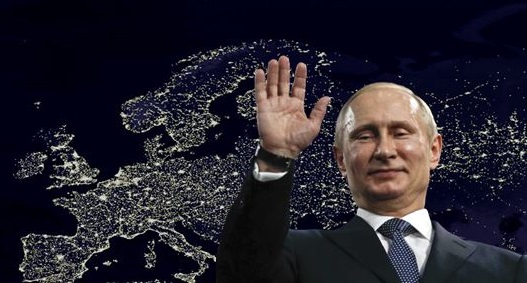 The energy crisis and the uncertainty vis a vis, the supply of oil and gas to Europe has sent the whole continent in scrambles. At such a moment of vulnerability, Vladimir Putin has come to their rescue, a step that no one would have anticipated. President Putin said that Russia is ready to meet all of Europe’s natural gas demands, blaming the continent’s current energy problem on poor policies rather than a shortage of supply. Putin said at Russia Energy Week in Moscow on Wednesday, that Europe’s largest gas provider is increasing delivery in response to customer demands and is “willing to consider any more steps” to stabilise the region’s markets.

He did, however, chastise Africa for adopting “systematic weaknesses” in its energy infrastructure and then “blaming shifting” when things went wrong. In the first nine months of this year, Russia increased gas shipments to Europe by 15%, and “if we are asked to raise, even more, we are ready,” Putin stated. “We increase to the extent that our partners request.” There hasn’t been a single refusal, not one.”

Gas and electricity prices have risen dramatically, wreaking havoc on Europe’s economy. Last week, Putin’s first verbal involvement in the market slowed the rally, but prices have since recovered marginally. On Wednesday, the European benchmark, Dutch front-month gas, rose as high as 8.9% to 93.35 euros per megawatt-hour. These developments are only bringing the crisis closer, making it even more difficult for the European Union to deal with it.

Crisis for some opportunity for others

According to two people familiar with the situation, Putin wants the European Union to rewrite some of the rules of its gas market after years of disregarding Moscow’s complaints, shifting away from spot pricing and toward long-term contracts favoured by Russia’s state-run Gazprom. According to them, Russia also wants the controversial Nord Stream 2 pipeline to Germany to be certified quickly, in order to improve gas deliveries.

Putin said Wednesday at the Russian Energy Week conference that Russia is ready to deliver as much gas as Europe requires and that it is open to dialogue with the EU on market stabilisation.

Extra volumes from Russia this winter could provide some respite, as the region’s natural gas production declines and the rivalry with Asia for liquefied-gas cargoes heats up. While Gazprom PJSC, the state-owned gas company, has fulfilled all of its long-term supply obligations, it has delivered less than clients in Europe would have preferred, leaving their gas reserves severely reduced.

Putin claimed that European clients erred by depending on short-term market supply to fill their gas storage facilities rather than negotiating long-term contracts. Energy reserves are becoming increasingly crucial as the share of weather-dependent wind and solar generation grows, he said.

“We always meet our partners halfway and are ready to discuss additional actions,” Putin said. Russian energy projects including Nord Stream 2 seek “to ensure the stability and predictability of gas supplies in the volumes needed by European countries for years to come,” he said. On Wednesday, European gas futures rose. Last week, amid unprecedented daily swings in European gas prices of up to 40%, Putin made a planned intervention to chill the market by indicating Gazprom may expand supplies to assist ease shortages.

Price volatility in recent weeks, when gas prices surged 60% in two days, isn’t in anyone’s best interests, Putin said, especially for countries that are significant energy producers. “A sudden, multiple increases in energy prices puts businesses, the economy, and utilities in a scenario where their costs are substantially growing, pushing them to limit their energy consumption,” he said. “This indicates that high prices will eventually have severe implications for everyone, even manufacturers.” These kinds of statements set Putin as someone who is ready to help European Union, so, basically, Europe is surviving at Putin’s mercy.