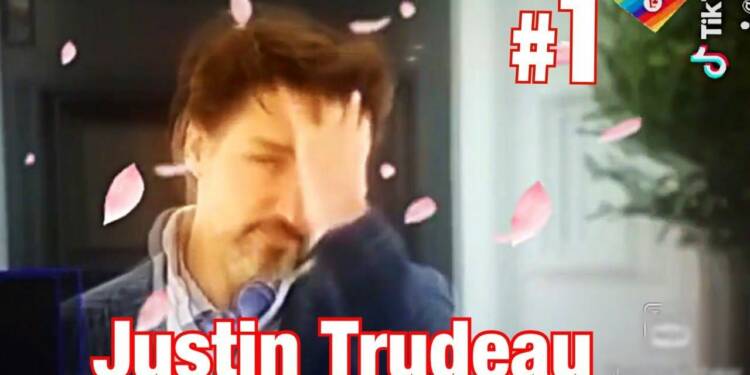 In 2021, Android phone users around the world spent 16.2tn minutes on TikTok. And while those millions and millions of users no doubt had an enjoyable time watching clips on the addictive social video app, they also generated a colossal amount of data.

In order to improve the algorithm for the app’s main feed, TikTok gathers data on how you use its content, including the device you’re using, how long you spend watching a post for, and what categories you enjoy. This data collection is hardly shocking to anyone who has even a passing familiarity with how websites like Facebook, Instagram, and Google work or who has read Shoshana Zuboff‘s Age of Surveillance Capitalism. But when it comes to TikTok, many legislators and sceptics are increasingly worried about where that data goes. More specifically, does the Chinese government eventually access all of that data?

Owned by the Chinese company ByteDance, TikTok’s success is combined with well-established fears about social media’s data collection practices and concerns over China’s geo-political ambitions to generate a background hum of distrust about the app.

A few years ago, India’s ministry of electronics and information technology issued notices to make permanent a ban imposed on the video app TikTok, along with 58 Chinese apps. The ministry’s June order stated that the apps were “prejudicial to sovereignty and integrity of India, defence of India, security of state and public order.”

In a similar vein, the then US President Donald Trump in August 2020 signed an executive order that blocked people from downloading the app, which was followed by an order for TikTok to sell its US business. The orders were never enforced due to legal challenges and then Trump leaving office. Trump’s successor, Joe Biden, however, revoked the orders.

International leaders have voiced their concerns over the Chinese app. In all honesty, claims that the app functions like a Chinese “mind-control” tool are not entirely false. In a report released in July, the US-Australian cybersecurity company Internet 2.0 called the app’s data collecting “overly intrusive” and pointed out a connection to a server operated by Guizhou BaishanCloud Technology Co Ltd. in mainland China. According to the claim, TikTok has access to your phone’s location, calendar, contacts, and other running apps.

Besides, there were reports about how a China-based team at TikTok’s parent company, ByteDance, planned to use the TikTok app to monitor the personal location of some specific American citizens.

Therefore, it is reasonable for governments all over the world to outlaw or strictly regulate the app because any threat to a country’s territorial integrity should not be tolerated. However, it appears that Justin Trudeau, the Canadian prime minister, does not give much thought to national security. As per recent reports, the Liberal administration is “closely monitoring” bipartisan US Congress legislation that would forbid TikTok from functioning there.

Without a doubt, the liberal poster boy can only put forth fancy, albeit hollow statements like these. Trudeau lacks the chutzpah to criticise China in public.

He and his entire cabinet went as far as abstaining from voting on a motion in the Canadian Parliament titled, “Uighurs in China have been and are being subject to genocide”. Simply put, Trudeau is unable to acknowledge that the Chinese Communist Party (CCP) is a brutal and murderous government. In reality, he continues to work with China despite the fact that it repeatedly connives and blackmails Canada.

Additionally, Trudeau uses TikTok as a powerful platform to indoctrinate Canada with his left-wing Marxist ideology. You see, a survey by the Social Media Lab at Toronto Metropolitan University released in September found that 26% of Canadian adults use TikTok, and that the app has been expanding considerably in Canada this year. Therefore, disseminating propaganda via Tik-Tok can help Trudeau solidify a substantial voter base.

Although Canadians have many reasons to despise and distrust China, their prime minister appears to have an almost naive faith in the country. Following significant provocations, Trudeau doesn’t even try to confront the renegade Chinese regime. For instance, China referred to Canada as the “running dog of the United States,” but Trudeau made little effort to retaliate. The lives of Trudeau’s own citizens may be in danger due to his love for China. But alas, when has Trudeau ever shown concern for his own citizens?