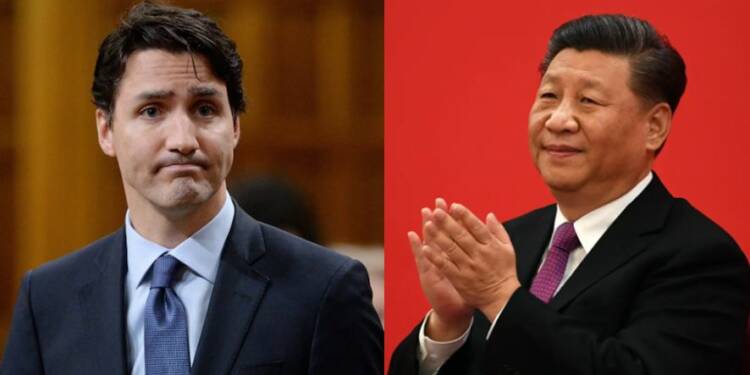 You need no adjectives to describe the Canadian Prime Minister. Justin Trudeau is himself an adjective that illustrates hypocrisy of the highest order. And Trudeau has pulled a Trudeau all over again.

On Monday, Canada’s Parliament passed a non-binding motion, sponsored by the opposition Conservative Party, titled,  “Uighurs in China have been and are being subject to genocide”. The object of the motion was to coerce the Trudeau government into acting against the flagrant violation of human rights by China. The issue is sensitive and no one voted against the motion. It was passed by a 266-0 vote. But guess who abstained? Canada’s PM Justin Trudeau and his entire cabinet.

For the uninitiated, Uighur Muslims are an ethnic minority in China-occupied Xinjiang. The Communist nation has lodged over one million Uighur Muslims in concentration camps, where they are tormented in the most brutal ways you can imagine.

Alongside, China is also running a genocidal campaign against the Uighur Muslims, by subjecting women of the community to forced sterilisation and abortions. And as if this wasn’t enough, Uighur Muslims are also being used to fuel China’s organ trafficking industry.

Not only Canada, but a number of countries like the United States, the United Kingdom, Sweden, Norway and the Netherlands are witnessing a rising tide of sentiment against China over human rights violations against Uighur Muslims.

So, why did Trudeau, the global champion of human rights and the omnipotent opponent of arbitrary State action, choose to abstain when it came to condemning China’s genocide against Uighur Muslims? And the Trudeau cabinet decided to abstain even though all other members of the ruling Liberal Party of Canada, except one Marc Garneau, voted in favour of the motion.

So, here you have the real issue. Canada hates China and remains sympathetic towards Uighur Muslims. However, Canada’s Prime Minister is practically a sinophile, who couldn’t care less for the Uighur Muslims.

And please don’t forget that Trudeau is the same man, who has made a political career out of condescendence towards elected leaders of other democracies.

He used to vilify Trump over groundless allegations of high-handedness. A clueless Trudeau even tried to make an issue out of farm protests in India, only in order to reaffirm his own image as a human rights champion. But when it came to the real issue, Canada’s PM chickened out unabashedly.

It is even more troublesome that Trudeau is abandoning human rights for Communist China, a regime that kidnapped two Canadian nationals- Michael Kovrig and Michael Spavor in the year 2018, and has refused to release them till date.

Trudeau stands for the same Chinese Communist Party (CCP), which stole Canadian research and technology for finding a COVID-19 vaccine. This is what Canada gets from China. But Trudeau is Trudeau after all. He had one opportunity to give a statement of intent against China, but he has squandered it in the most agonizing way possible.

‘Only white people can be racist,’ Government employees in the US get proper propaganda lessons