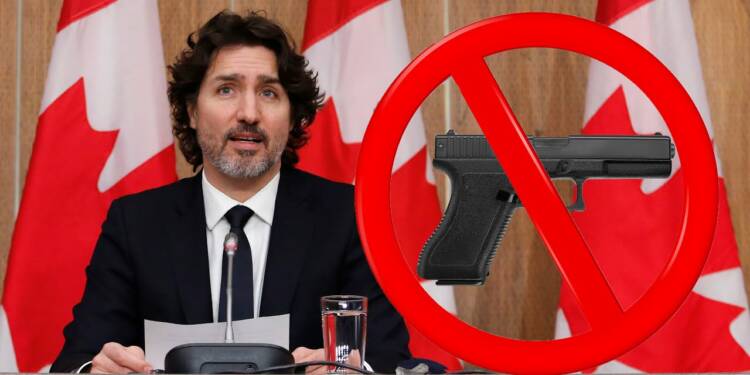 When it comes to Trudeau’s dictatorship, Albertans have always been on the fence. To get away with his autocratic dictatorship, it brought Alberta’s sovereignty act to overrule any federal law harming the province. Now, it has put a stop on Trudeau’s tendency to snatch guns from Albertans.

Tyler Shandro, the attorney general of Alberta, sent a scathing warning to the Trudeau Liberals, declaring that the province is regaining constitutional authority from the federal government to shield lawful gun owners from Bill C-21’s execution. Announcement of Tyler Shandro was made as part of the government of Alberta’s ongoing efforts to protect the rights of its citizens, stating that the Trudeau government’s proposed ban was “simply wrong” and that the province was “prepared to do whatever is necessary to protect the rights of Albertans.”

In May 2020, Justin Trudeau, the prime minister, announced an Order-in-Council (OIC) that would outlaw 1,500 different types and variations of what he referred to as “assault-style weapons.” Ottawa has agreed to a buyback process that would reimburse affected individuals but that is nothing short of asking the legal gun owners to part with their security in exchange for money.

Many claimed that move would do little to address the issue of gun violence in Canada. According to Jordan Vandenhoff, the Ontario Director for Canada’s National Firearms Association, gun restriction legislation only has an impact on people who already follow the law. In Alberta there are an estimated 30,000 firearms that would need to be confiscated and ‘Public Safety Canada’ does not have the capacity, wherewithal, or the resources to seriously attempt this effort.

Tyler Shandro  said, “Albertans have had enough. So today we are taking action.” “First, as Alberta’s attorney general, I have directed that the Alberta crown prosecution service take over the handling of charges involving the Firearms Act starting January 1st 2023.” He noted that at the moment, the federal government is in charge of these issues. Shandro’s declaration on Thursday effectively shields law-abiding gun owners from abruptly turning into criminals in the event that Bill C-21 is passed. Tyler Shandro said that he informed the federal minister of justice of the change in jurisdictional responsibilities through a letter.

The Trudeau Liberals slipped a change into Bill C-21 last month that would have effectively outlawed all semi-automatic weapons. Raquel Dancho, a Conservative MP, subsequently charged the Trudeau Liberals with lying about their goals. Tyler Shandro claimed that unless they turned in their firearms, the modifications would result in thousands of Albertans being branded as criminals for possession of firearms.

It is clear that Alberta is taking a stand against the federal government’s proposed ban. This is a significant step in ensuring that Albertans’ rights are protected and that the Trudeau government is not able to impose its own agenda on the province. It is also an indication that the government of Alberta is willing to put its foot down and stand up for its citizens.