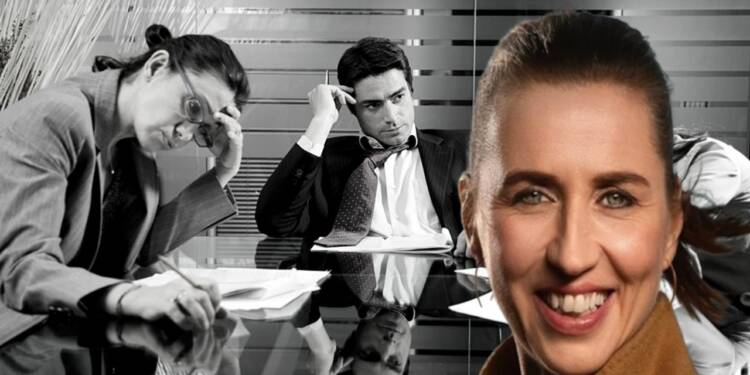 The new coalition government in Denmark has come up with a Christmas present for its people. Danes who spent 66% of their day on rest and leisure will now be subjected to stricter work schedules. Denmark that enjoyed a 4 day work week programme is soon going to make its people’s lives difficult by cracking down on their much-deserved holidays.

With the onset of the Spring, celebrating holidays to honour saints has been a tradition in Denmark for so long but now this is soon going to be known only in the pages of history. Yes, you got that right. The government in Denmark is poised to cancel the holiday of a holy day celebrated as ‘Store Bededag’ also known as ‘Great Prayer Day’. Students walking along Langelinie on Copenhagen’s waterfront or on the fortification of Kastellet, and people buying and eating varme hvedar, are all going to become history.

Bells in every church in Denmark used to announce the eve of Store Bededag but not anymore as the government in the country has announced the cancellation of the holiday.

Denmark which has the second shortest average work week (4 day work week) in the world allowed Danes to enjoy a glamorous nightlife with heavy and episodic drinking on their weekends but alas! They will soon be exposed to a difficult work schedule.

Direct contributions support NATO’s budgets, programmes, and capabilities in support of Alliance-wide objectives, priorities, and activities that cannot fairly be borne by any single member, such as Alliance operations and missions or NATO-wide air defence or command and control systems.

All 30 Allies fund NATO using an agreed cost-share formula derived from the Gross National Income of member countries. This is the principle of joint funding and demonstrates burden-sharing in action. So, to meet its yearly objective the government of Mette Frederiksen has taken the step.

“There is war in Europe, and we need to strengthen our defenses,” Prime Minister Mette Fredriksen explained on Thursday when asked why she was scrapping the holiday on the new government’s first day in power. “That will require everyone to contribute a little more.” She said she hoped the measure would boost productivity and economic activity.

Meeting NATO’s spending objective three years ahead of schedule is one of the coalition government’s major aims, which began office on Thursday. The coalition, which includes the center-right Liberal Party and the centrist Moderates, as well as Fredriksen’s center-left Social Democrats, is Denmark’s first in nearly 50 years to include parties from both sides of the political spectrum.

While the new government has explained the decision, some Christians have expressed concern over the actual celebration being removed from the calendar. Store Bededag (“Great Prayer Day”), honoured by Danes since 1686, is traditionally a large day for confirmation rituals.

Dean Sophie Olander of Roskilde Cathedral spoke out against the government’s decision, telling local television station TV2. “We need vacations as gathering periods to catch up and have time for prayer and thought. It is a pity to live in a society where you believe it is unimportant.”

Well, it is an established fact that for Denmark, matters of national security come first and cancelling a public holiday or even a weekend is no heavy task. To meet its annual defence target the country has now only called off a holiday but it should come as no surprise if in near future Denmark even scraps its much-touted ‘4 day work week plan’.