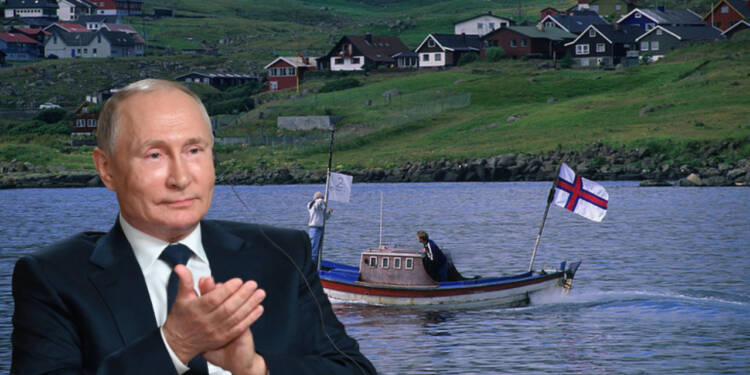 The adverse effects of the Ukraine war and sanctions on Russia are now being realised by Europeans. The economic repercussions of sanctioning Russia are reeling Europe. However, a group of islands doesn’t want to go the Europe way. They have defied the EU’s Russia sanctions.

Arni Skaale, the Faroe Islands’ fisheries minister announced on Saturday that a fishing quota deal has been renewed between Denmark’s Faroe Islands and Russia.

According to the minister, the Faroese parliament unanimously agreed to extend the deal for another year. In exchange for Russian ships being allowed to fish in the seas off the coast of the Faroe Islands, the agreement grants the Faroese a fishing quota in Russia’s Barents Sea. Additionally, Russian ships are allowed to export their catch from Faroese ports.

Skaale told the Danish daily Jyllands Posten, “It is the right thing for the Faroe Islands to renew an existing agreement with Russia in which we exchange quotas.”

Despite being an autonomous region of Denmark, the Faroe Islands are not a part of the European Union. Since its commencement in 1977, the bilateral fishing agreement between Russia and the Faroe Islands has been renewed annually. However, several parties, including representatives from Denmark and the EU as well as the Faroese government itself, called for the contract to be nullified when Russia’s military action in Ukraine began.

Skaale pointed out that the island nation’s administration made the decision to safeguard its economy. The archipelago’s home to some 53,000 people and its principal industry, which generates 95% of its exports as fishing. Skaale claims that the arrangement with Russia is “by far the greatest agreement we have with another nation for fisheries cooperation” and that it accounts for 5% of Faroese GDP.

It’s funny of European Union to expect the Faroe Islands to sanction Russia because back in 2013, the EU itself imposed sanctions on the islands for increasing their fishing quotas. Russia since then has emerged as a significant market for Faroese goods. When Moscow prohibited food imports from the EU, Norway, and other Western countries in reaction to sanctions in 2014, fish exports by Faroe Islands to Russia increased even more.

According to reports, Russia was the largest buyer of Faroese exports last year, taking over a quarter of all fish sent from the islands.

The Faroese authorities defended their choice by pointing out that food has been spared from EU sanctions against Russia. The Faroe Islands have also allowed Russian fishing boats in its waters and have not sanctioned them.

It’s comical how a small group of Islands can visualise its economy and put its people ahead of sanctions which have adversely impacted every country. Europe and the countries which have sanctioned Russia must take a lesson from the islands.

Also Read: “To hell with your war,” the Netherlands shows Biden his place and re-joins Putin

Several countries have come to sense in the last few days regarding the sanctions on Russia. Just a few days ago, a founding member of NATO and the European Union has revolted against it. It would not be wrong to say that the Netherlands has shot down the European solidarity in flames. The Netherlands declared the absurdity of the Ukraine war and has openly defied US’ diktats on the sanctions.

Also, this is just the beginning. As the winter approaches, the heat of sanctioning Russia is only going to increase among European countries. The cracks in the EU are only going to widen. This move by the Faroe Island and the Netherlands will have a domino effect and the meltdown is only going to grow as the winters have now come.