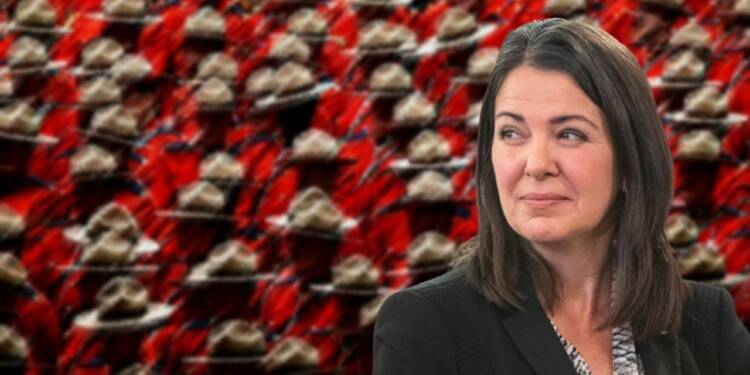 Alberta is decoupling itself from the federal authorities due to the rising discontent with the officials in Ottawa. The Albertan Premier Danielle Smith is leaving no stone unturned to criticize and lambast Justin Trudeau and his government whenever possible.

Following the suit, the Alberta provincial government started restricting the power of the RCMP forces across Alberta almost a week ago. An independent commission to handle grievances against police officers from across the province was Danielle Smith’s suggestion. Smith has now continued by further reducing several important authorities of the federal government.

According to a media report by CBC, The provincial government of Alberta has announced that Alberta is forming another task force to respond to ongoing challenges surrounding addictions, homelessness, and public safety in Calgary. While making the announcement, Rebecca Schulz, Alberta’s minister of municipal affairs, during a press event Friday at the McDougall Centre in Calgary stressed, “We’ve heard loud and clear from municipalities across Alberta about the need for a collaborative approach, and we are committing to that, including right here in Calgary,”

For the unaware, a similar task force in Edmonton was announced earlier this week.

Reportedly, the Calgary task force will include four provincial cabinet ministers and Alberta Health Services officials as well as representatives from nearby First Nations. Whereas, the Edmonton task force will also get formed on similar lines. Also, the Edmonton Public Safety and Community Response Task Force will be funded by a $187-million commitment as a response to the city as it has been hit “especially hard.”

This action has been taken to address the growing threat to public safety and diminishes street homelessness. With these task forces, the Albertan government will establish a hybrid health and police hub to assist Albertans and offer addiction and mental health treatment programs in prisons.

When you consider these actions in light of Danielle Smith’s past actions which started almost a month ago, they take on a much greater significance.

Read More: Canada’s national security and the RCMP compromised for less than $60,000

If one recalls, the Alberta government proposed an independent commission a few days ago to handle complaints against police officers from all over the province.

The province had called for the people of Edmonton, Calgary, and Lethbridge to file their complaints against RCMP officers to the independent commission. In addition, the Municipal police force commissioners were also pitched in to get appointed by Alberta’s minister of public safety, with the number of appointments being determined by the size of the commission.

All in all, steps were taken to lessen the influence and reach of RCMP in Alberta. Now with these new task forces, Alberta is again expressing the fact that RCMP has been a failure to Alberta. The RCMP is responsible for law enforcement and apprehending suspects, and preparing incident reports in Canada.

The police officers have to ensure that the Public Safety under their watch remains a high priority. The people and property on their designated watch are safe and respond to calls and investigate and report suspicious incidents and activities. Yet, the RCMP in Alberta has been a great failure.

With over 1,700 deaths from drug overdoses in 2021, Alberta had its deadliest year on record all because of the RCMP’s failure in curbing the usage of illicit drugs in Alberta. In addition, the RCMP sometimes has been involved in crime.

It has been long debated that Canadian PM Justin Trudeau and the Liberal party government have constantly used the RCMP to not only propagate its ‘woke’ agenda but also to gradually undermine the authority of the conservative party in provinces, Alberta. RCMP has a long history of mischief to carry out Trudeau’s political ambitions.

So, Alberta has begun to move closer to having a police force that is uniquely Albertan, one which demonstrates its valor and resolve by asserting that it is the region’s top law enforcement agency. Danielle Smith is waging a cold war of superiority because she does not want the RCMP to be a part of Alberta.