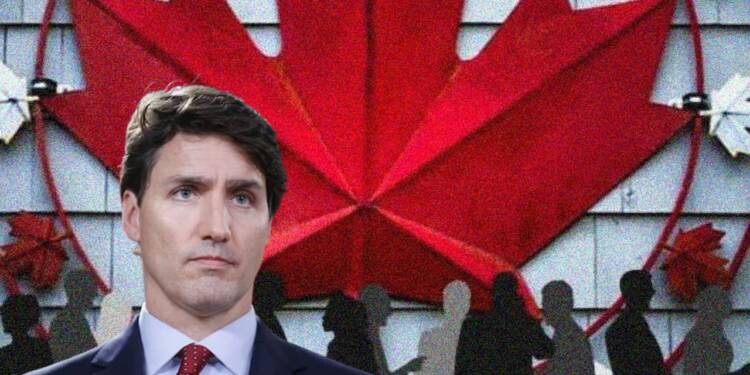 Arriving at a judgement that the government in Ottawa is a mix of incompetence and laziness won’t be far-fetched. There are several records to back our claim and the recent one is just an add-on to that list of failures.

Ever since Justin Trudeau came to power, his government is getting caught in a cobweb of scandals and failures time and again. He makes sure not to fail in disappointing fellow Canadians with his incompetence and inadequacy. This time too it has followed the same path and this might not even be shocking for Canadians as they have already seen all these disasters coming their way long ago.

A recent report by the CBC has suggested that tens of thousands of applications have been allocated to immigration officers or placeholder codes that are inactive and are no longer functional within their system – some who last logged in and processed files up to 16 years ago, and from airports and visa offices around the world. As of February, 59,456 open, pending, or re-opened applications were assigned to 779 former employees or dormant computer placeholder codes on Immigration, Refugees, and Citizenship Canada’s (IRCC) Global Case Management System (GCMS) — its worldwide internal system used to process citizenship and immigration applications.

The department told CBC once a user is set as inactive, “it means they are no longer using the system and their access is no longer available.” The data also indicates the most recent time each employee or code logged into the IRCC system. Employees of the IRCC are only identified publicly by codes made up of letters and digits.

The first login occurred on October 6, 2006, with one application issued to the Montreal-based code. Nineteen apps are tied to an Edmonton code or employee who last logged in on May 9, 2007. “I’m pretty much appalled that their system would even … do that,” said Andrea Bote, a permanent residency (PR) applicant currently assigned to an inactive code.

“How could something like this just like go unnoticed for so long? … That’s a lot of applications just stuck between the cracks.”

Moreover, this is not the first time that something like this is revealed. If the CBC is to be believed, the organisation, earlier this year, reported that many people who were assigned to the same IRCC officer — only known to them as DM10032 — left their applications largely unprocessed for years. Following the publication of the report, applicants assigned to that officer, who the department acknowledged was an active employee, saw significant progress on their files within months.

And when the organisation filed an access to information request to IRCC asking for the info regarding all the inactive employees and placeholder codes currently assigned to applicants the results were appalling.

The agency submitted data showing a list of hundreds of codes — “a mix of previous employees who are no longer working and computer placeholders no longer operational” as of February 2022.

Read More: Trudeau had created a fake poll agency for stormy weather. It did deliver, but got caught

These codes are used in locations all over the world, including Canadian airports, border crossings, and processing centres, as well as embassies and consulates in the United States, the Philippines, India, Haiti, Poland, Brazil, and Tunisia, to mention a few.

People who applied for immigration years back are finding themselves still stuck in a process which has led them to either put their further educational studies on hold or facing a long wait to see their family. But, alas, they are just stuck in limbo as the ignorant federals are suffering with a poison called liberalism that is making them do things for just garnering attention instead of putting their heads to solve the needful discrepancies. The government’s absolute ineptness is on display once again.