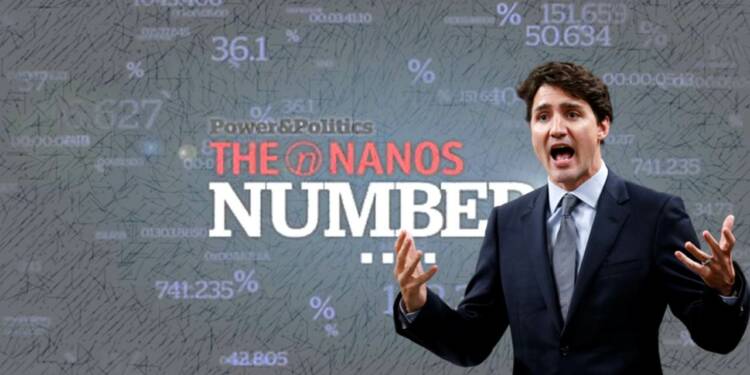 The last winter scare in Canada is etched in the memories of the Canadians. The protests that forced the ruthless and illegal invocation of the Emergency Act by the Trudeau government are highly condemned by the people of Canada and especially the truckers whose voices were curbed. But, the Canadian Prime Minister and his lackeys were busy proving the step as needful until their last breath However, now Trudeau’s misconception is busted.

To stifle the protest against the government and to end the extremism of conservatives in the country, the federal government took an illegal path. The matter dragged Trudeau and his liberal breed in the witness box in order to testify his use of the Emergency Act. But the shameless prime minister came up with pure lies and stood confident as he believed that he took the right step. He along with his lackeys tried their best to prove that the protestors were terrorists, right-wing extremists and they extended violence that troubled the Canadians, but did anything of that sort really happened? Were the Canadians really troubled with the protests? Let’s get the answer from Trudeau’s own poll agency.

A Canadian polling agency Nanos Poll which claims to work at arm’s length from the government but actually receives its funds from it, recently conducted polls to collect the public opinion on the Trucker’s protest.

Read More: Freedom Convoy ghost is back to haunt a numbed Justin Trudeau

The report also states that the region of Canada with the highest level of support for using the Emergencies Act was Atlantic Canada, where 74.6% said they were somewhat or strongly in favour of the choice. Quebec came next, with 73.4% of respondents saying they at least somewhat approve the application of the Act. When asked which organisations the federal inquiry had left them with the poorest views, 46% of Canadians named the convoy protestors and 23% the federal government.

But, is this data credible enough to be believed? In my opinion it’s just propaganda that has been spun to skew the Canadian mindset. Perhaps delving deep in the past record of the polling agency will give the answer itself.

According to a Canadian journalist Andy Lee, the agency was founded by Nik Nanos who is believed to have shared speaking arrangements with the minister of environment and climate change Steven Guilbeault in the past. Nik has often been cited to have supported Steve’s climate initiatives. Apart from this, Nik Nanos is also an expert regulatory advisor for several companies including BellMedia, consulting on issues before Canada Radio television and Telecommunications Commission (CRTC). And, the liberal government’s Bill C-10 that amends the Broadcasting Act gives the CRTC the authority to regulate online television, broadcasting and personal media. So, isn’t this enough for an authoritarian government to view it as a golden opportunity to skew the narrative around?

Read More: Trudeau’s denial and diversions are fooling no one in Canada

Hence, it won’t be far-fetched to believe that Trudeau’s pet agency Nanos Poll is just trying to establish a narrative which is in favour of the federal liberals. The organisation has been involved in spreading pro-Trudeau propaganda and liberal ideas and has indulged in manipulation.

All in all, the organisation is government owned and funded and hence a pro-Trudeau entity. Nanos Poll has been cooperative in constructing a narrative that suits Trudeau government’s agenda. Silly Trudeau tried to create a fake polling agency in order to calm the anti-Trudeau wave in Canada owing to the truckers protest last winter, but unfortunately the liberal doyen failed in his attempt.