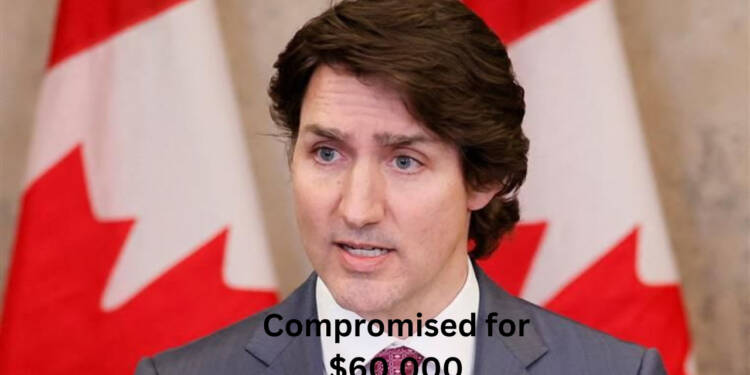 Canada’s admiration for China’s evil regime knows no bounds. Even if that love demands the national security of Canada, Trudeau’s government in Canada is ready to serve it to China on a platter. His regime in Canada never gets enough of showing the Chinese fondness. But, due to that very fondness, the underlying treasonous activities of Trudeau have now come haunting the countrymen putting their security at stake.

The federal Liberal government in Canada has been foot-praising China, which has compelled the CCP to take advantage and realise its dreams in the country. Recently, in accordance with Canada’s pro-China stance, the federal liberals awarded an RCMP tech contract to a China-linked company which is banned in the US. The government chose the Chinese company over another bidder from Quebec for just a matter of a thousand dollars. Coming straight, the liberal government signed the contract with the lowest bidder over the firm from Quebec jeopardising Canada’s security.

Now, this move has caused a wave of dissent and commotion among the Canadians as they are outraged at the liberal government playing with the national security of Canada. “It’s very frustrating, disappointing and worrisome,” said Jawad Abdulnour of Comprod, a Quebec-based company that lost in the bid for the contract.

“How is it that a government agency just goes with the lowest bidder and will give contracts to companies like that when we’re talking about national security?”

A Radio-Canada investigation found that Public Services and Procurement Canada (PSPC) awarded Sinclair Technologies a contract worth $549,637 last year to build and maintain a radio frequency (RF) filtering system for the Mounties. As per the reports, Sinclair Technologies was awarded the contract of $549,637 in October 2021. Sinclair’s parent company, Norsat, was purchased by Hytera Communications in 2017.

The CCP owns 10% of Hytera Communications, which operates out of Shenzen, China.

In response to questions from Radio-Canada, PSPC stated that it did not take security issues or Sinclair’s ownership into account while evaluating bids. The difference between Sinclair’s bid and that of its rival, Quebec-based Comprod, according to people with knowledge of the situation and confirmed by Radio-Canada, was less than $60,000.

Sinclair Technologies has started installing radio technology in Ontario and Saskatchewan. The tech company declined to comment on whether its radio equipment contains parts made in China and if Hytera has access to the data from the radio frequencies, citing “customer confidentiality.” Senator Leo Housakos scolded the Trudeau government upon hearing the news.

“This is appalling. When will Trudeau stop selling out the security interests of Canadians to this evil regime?

To add to the Canadian’s worries, the Chinese-firm Hytera is currently facing 21 espionage-related charges from the US Department of Justice for business it conducted between 2007 and 2020. Hytera denies the allegations in the charges.

The firm has also been banned by the US Federal Communications Commission (FCC) in 2021 after the Canada government determined that it posed a national security risk. But, how can the government in Canada be so naive? Well, this is not the first time Trudeau has taken such a treasonous step compromising the security of the Canadians at the hands of China. The government has even allowed the presence of Chinese agencies amounting to a big security risk to not just Canada but the US as well.

Evidently, the Trudeau government’s pro-China steps have always come to bite them back but the leader is yet not ready to let go off his love for the Chinese.