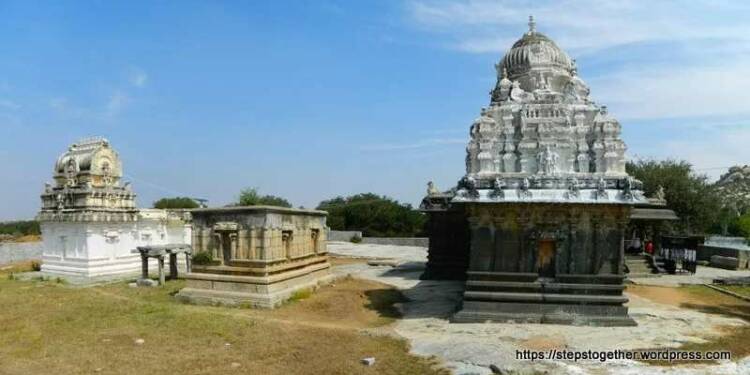 Kurudumale Ganesha Temple is a holy place which is located at Mulbagal in Kolar district of Karnataka. The temple is just 10 kms from the town of Mulbagal. Kurudumale is only famous for the Ganesh temple which has attracted people from near and far over the years.

One of the largest idols, which is of 13 and a half feet Ganesha idol is enshrined inside the Kurudumale Ganesha Temple. It is Said to be very powerful. The deity is visited by people before starting a new job or a new phase of their life.

It is believed that if a person with a pure heart asks for something to this grand idol, they will get what they want and attain higher levels of success. As Ganesha is considered the “Vighnaharta”, he will remove all your obstacles and his blessings are always welcome. The idol of the temple is said to be rising steadily.

History of this temple

Kurudumale Ganesha Temple was built originally under the rule of the Cholas. Later on the temple area came under the purview of the Vijayanagara Empire. The influence of these dynasties is very evident in the architectural elements present in the temple. In fact, the nearby Someshwara temple was built before the Ganesha temple and belongs to the Chola dynasty.

Kurudumale Ganesha Temple was built by the powerful king Krishnadevaraya. It is said that the huge Ganesha idol was placed in a field on the hill in Kurudumale and was worshiped in an open field for a very long time. 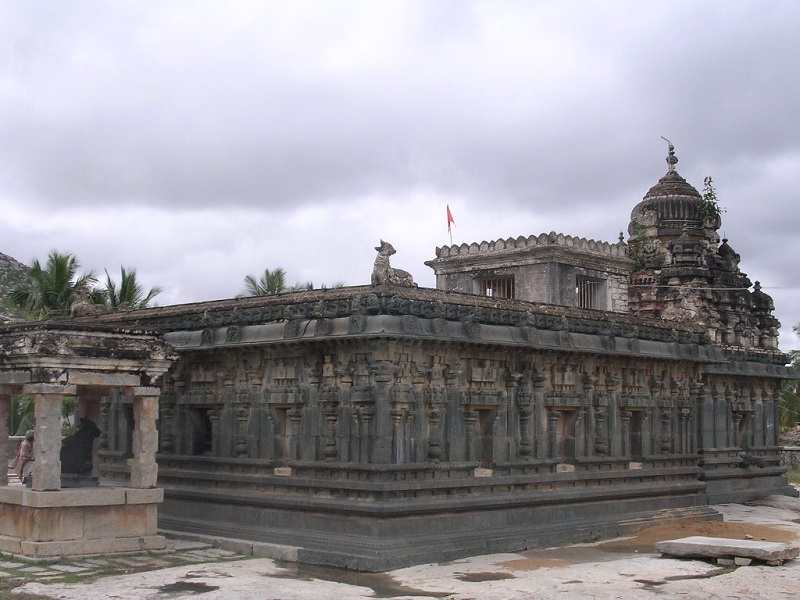 The Someshwar Temple dedicated to Lord Shiva is believed to be older than the Kurudumale Ganesh Temple. This majestic temple was built by the mighty Chola rulers. And it has some exquisitely aesthetic architectural elements.

Portions built in the Dravidian style, the temple also has some intricate carvings done in half by the artist Jakanachari. His son Dankanachari completed the rest of the work in the temple. The son’s carving work is said to be more delicate and graceful. Another interesting aspect is that the temple has no foundation and is essentially made of rock.

Temple Anjaneya Swami Temple dedicated to Hanuman, located in Mulbagal town, which is at a distance of about 17 km from Kurudumale Ganesh Temple. According to historians, the temple was built by Arjuna, one of the Pandavas after the Mahabharata war. The temple is said to be more than 5000 years old.

How to reach Kurudumale Ganesha Temple

By Road- At a distance of 110 km from Bangalore, Kurudumale is easily accessible by road from Mulbagal. State corporation buses also run to and from various nearby cities to Kurudumale Ganesh Temple.

By Train- The nearest railway station to reach Kurudumale Ganesh Temple, is at Mulbagal Taluk in Kolar District. This railway station is at a distance of about 11 kms from the temple. And from there you can easily reached by road by auto or bus. There are also many passenger trains that run frequently between the cities of Hassan, Hubli and Mulbagal.

By Air- It can be a little bit inconvenient for travellers who travel by air as the nearest airport is the Kempegowda International Airport in Bangalore. From there, you can easily reach to this Temple by road or rail route.