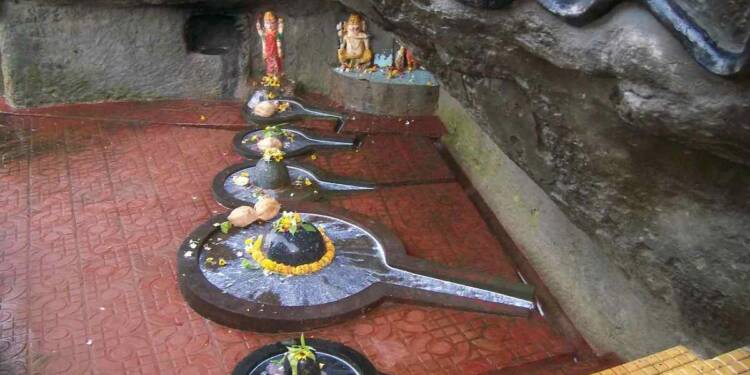 Gangeshwar Mahadev Temple is a Hindu temple which is dedicated to Lord Shiva. This temple is located on the beach of Fudam village, which is at a distance of 3 km from Diu near Gujarat. The view of this temple situated on the Arabian Sea is unique.

It is basically a cave temple situated between the rocks on the seashore. At the entrance of the cave, firstly Lord Ganesha, Lord Vishnu and Goddess Lakshmi are seen, then five Shivalingas in different sizes appear in the middle of the sea water.

This is a very important feature of this temple. These shiv lings are usually submerged in the sea during high tide and are visible only during low tide. This temple is also known as ‘Seaside Temple’ as the Shivlingas is situated on the seashore.

History of the Temple

Gangeshwar Mahadev Temple is 5000 years old, on the rocky surface of the beach. In Mahabharata it is said that the temple and the five shiv lingas were established by the five Pandava brothers (Yudhishthira, Bhima, Arjuna, Nakula and Sahadeva) when they were in exile after leaving Hastinapura. Lord Shiva was worshiped by Pandavas daily during the Mahabharata period. The name Gangeshwar is derived from Ganga and Ishwar, meaning Lord of the Ganges.

Five lingams have been installed in the temple by the Pandava brothers based on their individual sizes, the bigger one was made by Bhima, as he had a huge physique. 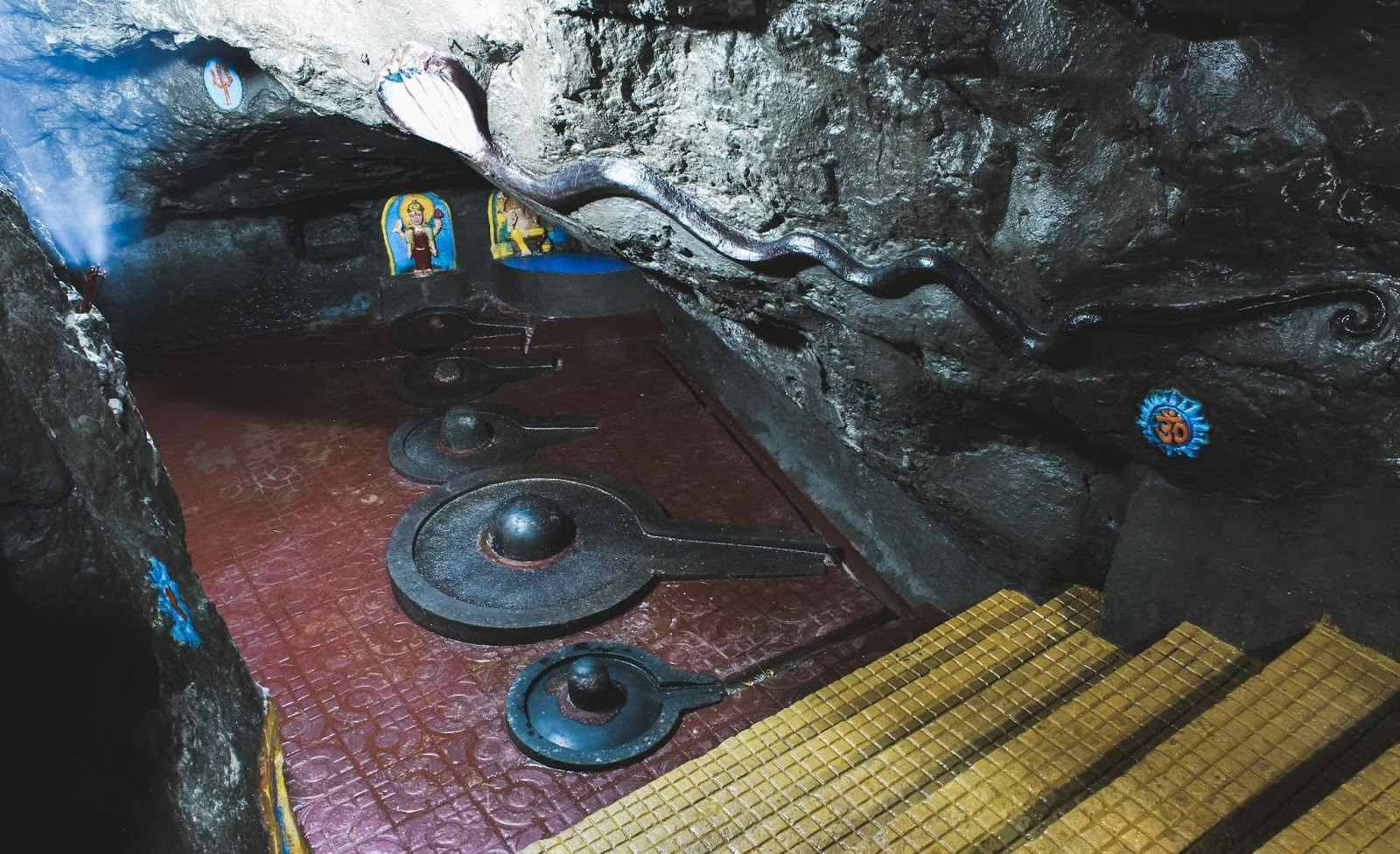 Best time to visit this temple

The best time to visit Gangeshwar Mahadev Temple is from October to May as the weather remains cool during this time. However, tourists are advised not to visit this place during the rainy season as it becomes sticky during this time. Also, October and November are very good months to visit the temple due to festivals like Navratri.

Nagoa Beach- Famous for its pristine beauty and palm trees, Nagoa Beach in Diu is an ideal destination for tourists from all over the world. The place is well connected with resorts. The beach is surrounded by palm trees which create a nice environment for the travelers.

Naida Caves- Naida Caves are a network of tunnels near Diu Fort. It is believed that the Portuguese looted the material by building the caves, due to which some hollow space was formed inside the cave. Naida cave is one of the best and famous places in Diu to visit.

Diu Fort- The Diu Fort was built in 1535 during the Portuguese rule. It is a sea fort surrounded by the Arabian Sea on 3 sides. The Diu Fort is located at the southern tip of Gujarat, which was built by the Portuguese during their colonial rule and is now under the administration of the Government of India. The view of the sea from the fort looks very beautiful.

Sunset Point – A beautiful hills are situated near the Chakrathirath beach in Diu, which gives an amazing view of the sunset from here. Chakrateerth Beach is located in the heart of Diu Town.

How to reach Gangeshwar Mahadev Temple

By Air- The nearest airport is Diu Airport which is about 3 km from Gangeshwar Mahadev Temple. Many major cities are connected by Diu airport.

By Train- The nearest railway station is Delvada Railway Station which is at a distance of 11 km from Gangeshwar Temple Diu.

By Road- There are many public and private transport available to reach Gangeshwar Mahadev Temple Diu Gujarat from different parts of the country.