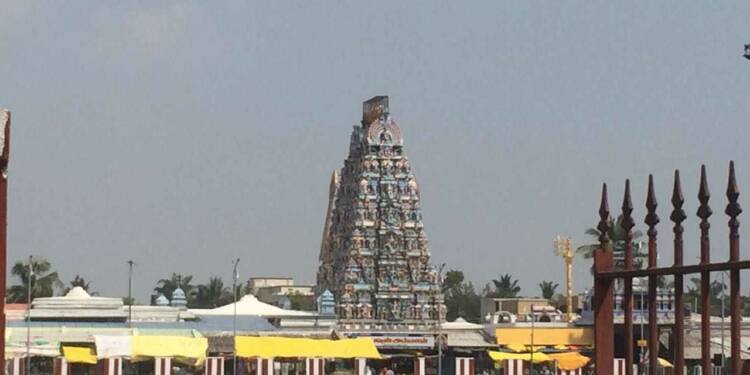 Thiruporur Murugan Temple is located at Tiruporur in Old Mahabalipuram Road in Chengalpattu district, 28 km from Chennai, the capital of Tamil Nadu. This temple is dedicated to Sri Murugan and is also known as Thiruporur Kandaswamy Temple.

Lord Ganesha’s elder brother Sri Murugan is highly revered especially in South India. He is also known as Kartika Swami, Shanmukha, Subrahmanya and Skanda. This temple was built in the Dravidian style of architecture, Thiruporur Murugan Temple was expanded during the 18th century with images carved from Thiruporur.

Thiruporur Murugan Temple was first built by the Pallavas during the 10th century. Then in 17th century CE this temple was restored and enlarged by Chidambara Swamigal. Thiruporur Murugan Temple, which is situated in an area of ​​4 acres, has a magnificent rajagopuram rising to a height of about 70 feet. It is about 200 feet wide. Built in the traditional Dravidian style, there is a 24-pillared hall leading to the sanctum sanctorum. The sanctum sanctorum enshrines a 7 feet high idol of Sri Murugan in standing posture. 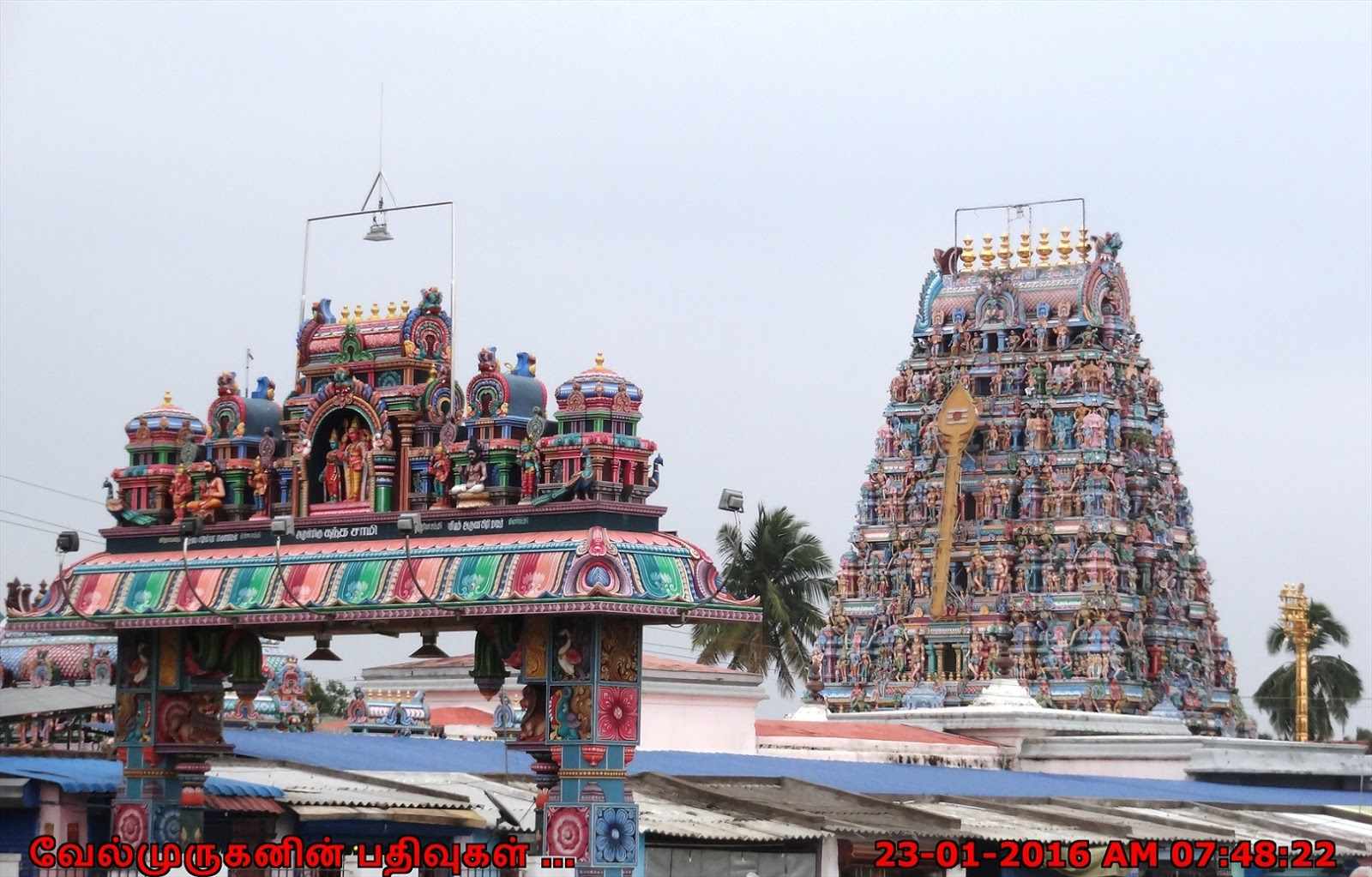 Kapaleeswar Temple is a Hindu temple dedicated to Lord Shiva located in Mylapore, Chennai. The form of Shiva’s consort Parvati worshiped in this temple is called Karpagambal in Tamil. The temple was built around the 7th century CE and is an example of Dravidian architecture. Kapaleeshwar temple is of typical Dravidian architectural style. It is one of the best Chennai tourist place. It is one of the main temple of Tamil Nadu.

Meenakshi Amman Temple is a historic Hindu temple located on the southern bank of the Vaigai River in the temple city of Madurai. This temple is dedicated to Goddess Meenakshi, a form of Parvati. The temple is in the center of Madurai, an ancient temple city mentioned in Tamil Sangam literature.

The Shore Temple is located near Chennai in Tamil Nadu. This temple was constructed during the period of Pallava dynasty. This temple is classified as a UNESCO World Heritage Site since 1984. It is one of the oldest structural stone temples which is in South India. The Shore Temple was initially identified as part of the Seven Pagodas at Mahabalipuram, an ancient Hindu legend which mentions the origin of these pagodas in mythological terms. 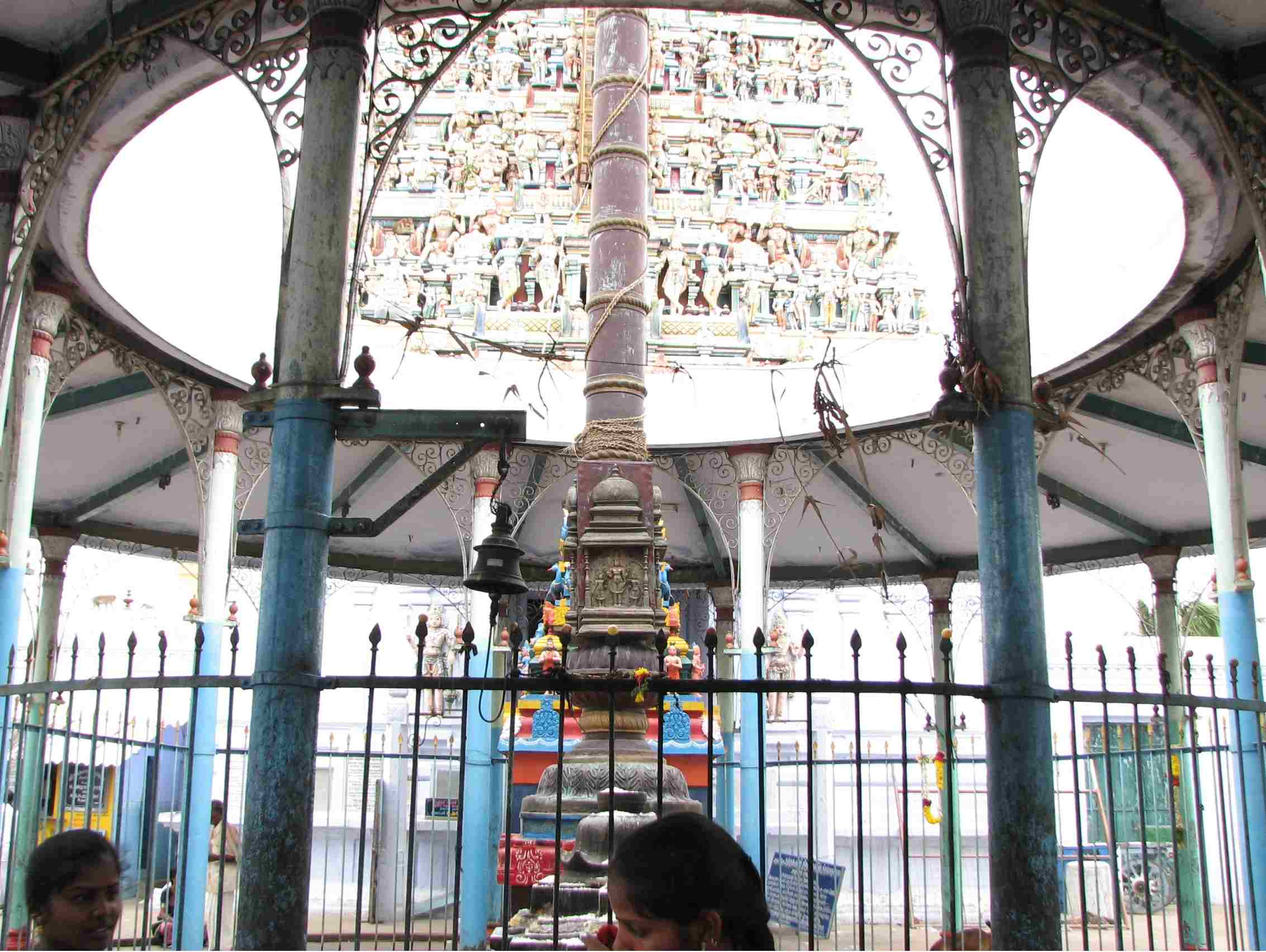