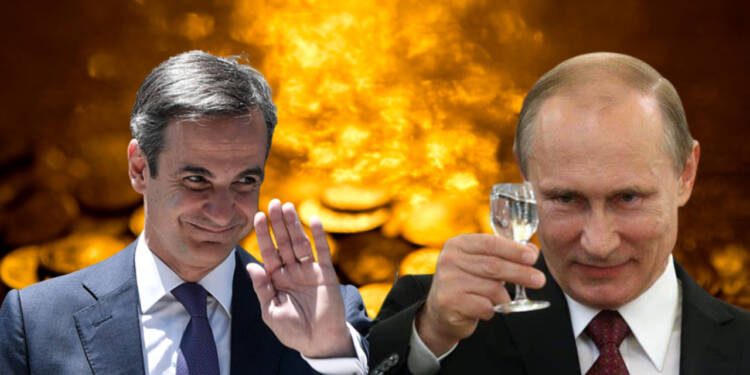 This is the story of a country that took the path less travelled. And, the guts to take that path has reaped benefits for it. A finance ministry official told Reuters on Thursday that Greece has paid back ahead of schedule 2.7 billion euros ($2.87 billion) in loans it owed to euro zone nations as part of the country’s initial bailout during its ten-year financial crisis.

The person, who spoke on the condition of anonymity, supported a September Reuters report that stated Greece intended to repay bailout loans from the euro zone earlier as part of its efforts to increase its ability to service its debt.

The official said, “We repaid today, ahead of schedule, 2.7 billion euros.” In exchange for tough austerity measures, the Eurozone and the IMF jointly loaned Greece more than 260 billion euros during the crisis that began in late 2009.

In 2018, the nation came out from its third international bailout, and since then, all of its borrowing requirements have been met by the bond market.

During its initial bailout, 53 billion euros were given to Greece in bilateral loans through the so-called Greek Loan Facility (GLF), with maturities extending to 2041. The official stated that after the proposed payment is made, Greece would have repaid a total of 8 billion euros. Greece also plans to repay the remaining amount as soon as possible. So, what has actually changed this year? How’s Greece able to repay its loans when countries in the continent are facing economic catastrophes and recessions that could last years?

Amid the Ukraine war, Greece has maintained its neutral status and has not taken a stern stance against Russia which other countries of the continent have done. Instead, it has helped Russia to transport barrels of Russian oil to Europe.

Greek shipping companies have devised a smart plan to evade European sanctions. From the Russian port of Kavkaz which lies on the north of the Black Sea, Greek ships have loaded oil from the Russian ships. The move effectively camouflaged Russian oil. Greece ships were also engaged in ship-to-ship transfers. Greece has earned billions of dollars of revenue from this exercise.

Greece has played on its strength. Greeks have traditionally been proud of their maritime sector. Greek seamen have unmatched talents, which have allowed their maritime industry to flourish since antiquity. Their contemporary descendants have demonstrated that Greeks are seafarers at heart, effectively surviving the highly cyclical character of the world shipping market.

The Greek-controlled fleet, according to the United Nations Conference on Trade and Development (UNCTAD), accounts for around 18% of the total tonnage capacity of the globe. When you consider that Greeks make up just 0.15% of the world’s population, this is incredibly disproportionate.

Further, this year, Greece officially left the enhanced surveillance framework. Under the framework, Greece had to go through three back-to-back financial bailouts from 2010 to 2018, at the expense of its sovereignty. The country now has more authority in its policy-making which was endangered by Brussels.

With the ‘ghost ships’ and getting hold of its own financial and monetary policies, Greece has now emerged to be the only country to be gaining amid the Ukraine war. Its journey of rising from the ashes thus begins.