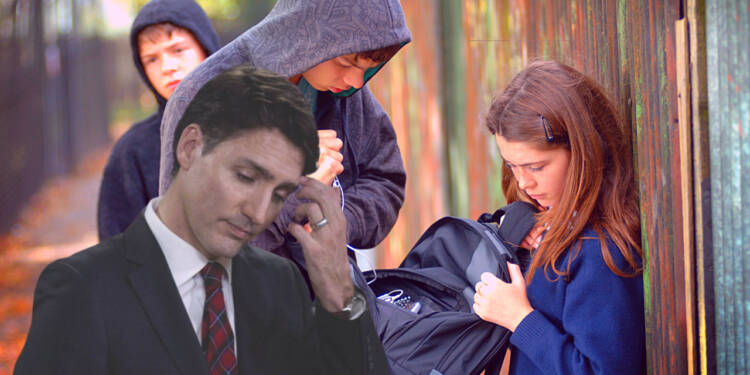 Foreign students once travelled to Canada in order to get high-quality educational opportunities. Students keen to study abroad had Canada on the top spot in their wishlist but many of you will be appalled to know that Canada is now losing that stature. Nowadays, the youth of Canada are delving into violent crimes that are promising them big money. Boys under the age of 18 are on the roads brandishing knives and guns, joyriding Lamborghinis, Bentleys and porches. The youth in Canada is involved in carjackings and pharmacy robberies, but what is the reason behind this crime wave?

The Canadian government’s lack of resources for the youth in the country. Yes!

Who does not want to earn an astronomical sum of $10,000? Cracking a competitive exam, getting enrolled in some prestigious college and doing a 9 to 5 job and still not earning as much as thousands of dollars sound tiring, doesn’t it? So, the youth of Canada has opted for an easy way out. All they have to do is steal luxury cars, hand them over to adult criminals and get their bank accounts inundated with a stash of cash.

Toronto is seeing a ‘staggering’ rise in carjackings and other armed robberies involving youth, as stated by the head of the force’s hold-up squad.

“This year we’ve seen numbers that we haven’t seen in quite a few years,” said Inspector of Toronto Rich Harris, who’s been busy this year trying to warn the public about how to avoid a carjacking situation. This year alone, his team, which covers retail and bank robberies as well as house invasions and carjackings, has seen 164 carjackings (compared to only 59 in 2021). One-fifth of those detained under these cases were under the age of 18. Moreover, Pharmacy robberies have increased 131 per cent this year, to 113 from 49 in 2021. They have been taking over the pharmacies and are targeting the safes where the narcotics are kept.

Read More: When and how Toronto turned into a multicultural sin city

Experts on juvenile violence are concerned that the pandemic’s accentuated inequities are boosting the appeal of violent crimes that give “life-changing” money. These difficulties are not specific to Toronto and can be seen in other cities, including those across the border.

According to ex-gang leader turned youth advocate Marcell Wilson, the promise of enormous money is appealing to young people struggling with these challenges.  There have been reports and several video footage surfacing of boys stealing cars at gunpoint, using a replica firearm and demanding the driver’s keys. Then they use the stolen vehicle to bust into a pharmacy in a “takeover style”- one pointing a gun at the employees and demanding narcotics and cash before fleeing in those cars.

Adult criminals target young boys for the course because if a young person gets arrested, it could mean a less punitive sentence because their age would see them charged under the Youth Criminal Justice Act (YCJA). But, what is so attractive for these young kids to tread upon this path of delinquency? The answer is clear and simple, such illicit activities result in huge payoffs for them.

Now, this is only the immediate reason propelling the youth of Canada towards these crimes, but, what is the root cause behind all this trouble?

Perhaps the country is facing a shortage of resources for the youth. Possibilities are that youth of Canada are facing burnout and a lack of confidence, and the government is lacking in its right funding priorities.

Since the start of the pandemic, Canada has noted widespread concerns about young people’s labour market prospects. Prior to the lockdowns, Canada had near-record low youth unemployment, but beginning in March 2020, the rate rose to 28.8 percent, higher than during the Great Recession.

Read More: Trudeau turned the most beautiful part of Toronto into a hell just to serve his wokeness agenda

According to Akwasi Owusu-Bempah, associate professor of Sociology at the University of Toronto, poor living conditions, a lack of opportunities and these youth not seeing themselves as having a “full stake in society,” can be major reasons behind their rising involvement in crime.

The economic divide has widened, throwing a lot of youth into the dirty money-earning business. But, why is the government of Canada inactive over the matter? Why is the government itself pushing the innocent youth of the country into becoming big-time gangsters? The city of Toronto is already on the path of becoming Gotham with the crimes not at all slowing down. But, with Trudeau in the driver’s seat, this is just the beginning.

Triyuginarayan Temple, Rudraprayag travel guide and how to reach