Puerto Rico is a region which still suffers from colonial rule. However, recently, the US government which is responsible for its persecution and mistreatment has decided to give Puerto Ricans their right to self-determination 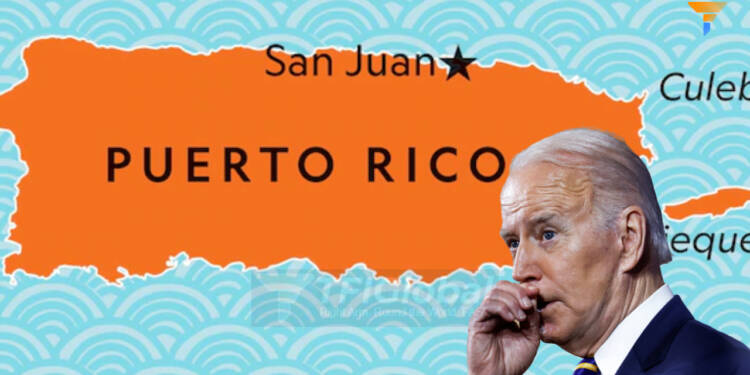 Puerto Rico Independence Bill: The US House of Representatives passed a bill which will allow Puerto Pico to conduct its first binding referendum on the question of whether to become a state or get independent. The Bill was passed by 233 in favour and 191 against and would give the Puerto Ricans three choices: statehood, independence or full autonomy to join another country.

Following its passage in the House of Representatives, which is dominated by the Democratic Party, the Puerto Rico Independence Bill would now go to the Senate where many Republicans, who opposed the notion of an independent Puerto Rico, would be voting on it.

Earlier, Puerto Rico had seven non-binding referendums on its political future, however with no clear majority. In fact, the last referendum which was conducted in 2020 saw 53% people voting for statehood and 47% against.

The widespread call for self-determination follows decades of subjugation and injustice suffered by Puerto Rico. Ever since its annexation, the territory has endured the dominance of the US.

This is a fact that the political representation of Puerto Rico is extremely low. According to Article 4, Section 3 of the US Constitution, Congress has full control over its administration. The interests of the entire region are represented by just one person in the House of Representatives who has no voting power, known as the resident commissioner. People of Puerto Rico also cannot vote in the US presidential elections.

In addition to political oppression, Puerto Rico also suffers from economic exploitation at the hands of Washington. Most of its businesses are controlled by US federal regulators, and US laws control the trade. Puerto Ricans also have to pay huge federal taxes, in fact, last year they paid $4 billion in taxes.

The hegemony enjoyed by Washington over Puerto Rico has created a dire situation in the island territory. It is grappling with record levels of poverty. In 2019, out of its 3.2 million residents, 43.1% lived in poverty. While economic growth declined by 10% between 2004 and 2018 and unemployment reached 8%.

In addition to the massive financial trouble, a series of natural calamities further escalated the crisis. In fact, Hurricane Maria, which struck Puerto Rico in September, 2017, resulted in $94.4 billion in damages. Following the hurricane, Puerto Rico lost power for months.

Due to these circumstances and protests from the Puerto Ricans, the US government realised that a drastic measure needs to be implemented.

Now if this Puerto Rico Independence Bill gets passed, it will totally be up to the Puerto Ricans whether they will go with the idea of an independent nation or will become a state of the US. This is a very crucial juncture for the future of Puerto Rico.

Now, if the residents of Puerto Rico vote in favour of statehood then it has its merits and demerits.

Its demerits are that the US government, particularly under the Biden administration, has lately become authoritarian and have taken unconstitutional measures which have violated the federal structure of the constitution.

For instance, the Biden administration decided to unlawfully interfere in the affairs of Florida on the question of a legislation which is intended to protect children from sexual discourse in schools. Similarly, Joe Biden ordered the FBI to raid the property of his predecessor, Donald Trump, in an act of political vendetta. In addition, the US government also decided to impose a federal vaccine mandate on all the states. The order, which bypassed many rules, was later declared unconstitutional and struck down by the US Supreme Court.

Therefore, if Puerto Ricans vote to become the 51st state of the US, then they must be prepared to cope with undemocratic and authoritarian actions of Washington.

Whereas, the merits would be enjoying sufficient financial grant from Washington, a say in the important issues which dominate the US politics such as second amendment, student loans, abortion etc.

Similarly, if Puerto Ricans voted to become an independent territory, then they will enjoy an unprecedented level of political autonomy. However, independence comes with its own responsibility which Puerto Rico should be prepared for as that will be a completely new path to walk on to.

The basic thing here to understand is, this is a golden opportunity for Puerto Rico through which they can decide their future. So, they should be careful with their approach towards this and should show great solidarity in order to make something out of this godsent possibility.