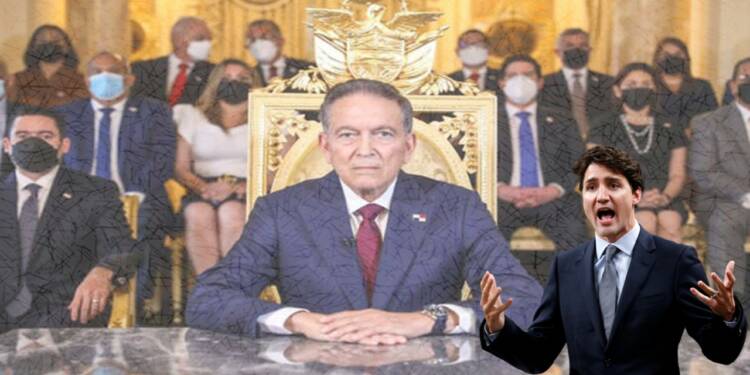 Through slavery and outright imperialism, Africa’s blood was drained, and this practice continues today through depleting her resources. The expansion of corporate neocolonialism is greatly aided by Canada. The Canadian prime minister Justin Trudeau believed he could profit himself at the expense of the vulnerable Panamanians. But little did the liberal poster boy know that not all leaders are as eager to sell their country as he is for frivolous accolades.

Rich firms frequently utilize their governments to impose regulations on developing nations in order to increase their profits. The predatory practices of Western MNCs thwart the attempts of developing countries in the Global South to pursue emancipatory economic and social development policies by preventing them from fairly participating in the advantages of their own natural resource wealth.

The Canadian mining industry, however, has often been criticized for its human rights record abroad. Time and again, native populations have stated that they had suffered human rights abuses at Canadian mines, including slavery and torture, as well as a variety of domestic violations, including assault, battery and unlawful confinement.

To be clear, Corporate mining interests in Canada are partnered with Justin Trudeau’s Liberal government to enact Canadian foreign policy that protects their profits while leaving governments of host countries out of the benefits of resource extraction.

A few months ago, Trudeau announced negotiations on a Foreign Investment Promotion and Protection Agreement (FIPA) with Ethiopia. FIPAs empower international investors by giving corporations the right to sue government for pursuing policies that interfere with their profit making. As such, these unfair agreements can undermine a poorer country’s government and their ability to democratically determine economic and ecological policy.

FIPAs are overwhelmingly designed to protect mining companies. There is much to indicate how these bilateral investment treaties are being driven by corporate mining interests.

The fact that penalties are rarely imposed on foreign multinational corporations that violate their respective country’s national labour code is one of the objections raised by many common people in the Global South countries. But this is no longer the case. Governments of Africa and Central America have begun to recognise the unscrupulous role that multinational corporations undertake on their territories

Recently, Panama’s government has ordered First Quantum Minerals (to halt operations at its Cobre Panama copper mine after it failed to agree on the terms for a new contract with the Canadian miner. The move, unusual among Central American countries, came after First Quantum missed a Wednesday night deadline to ink a new royalty deal that has been in the works since September 2021.

An agreement was reached in January, with the company committing to up its royalty payments for the mine. It also agreed to give Panama between 12% and 16% of its gross profit, which would replace the previous 2% revenue royalty.

First Quantum agreed as well to start paying 25% corporation tax, from which it was previously exempted, until its investments at the mine were recovered. Sealing the deal dragged on for months, until President Laurentino Cortizo’s administration set a deadline for First Quantum to ink the new contract. The miner then sent a new proposal that “fundamentally” changed the deal’s economics, the Ministry of Commerce and Industries said.

The point of contention seems to be a clause that would make the Vancouver-based miner pay a minimum of $375 million in royalties to the state. To Canada, any government that increases resource royalty rates or nationalizes extractive industries is a threat to Canadian mining interests

Read More: West-based mining companies have been ravaging Africa and Africans. Not anymore!

Truth be told, Trudeau puts a lot of effort into protecting the wealth of his powerful mining industry cronies who plunder developing countries. Without the putative economic gains that mining and foreign investment are supposed to provide, hundreds of millions of people still have to deal with the negative social and environmental effects of resource extraction.

Therefore, the recent examples of nations like Panama regulating corporate practices would not only ban the enslavement of the native populations by rapacious white colonial powers but would also significantly contribute to protecting the national interests of the underdeveloped nations.