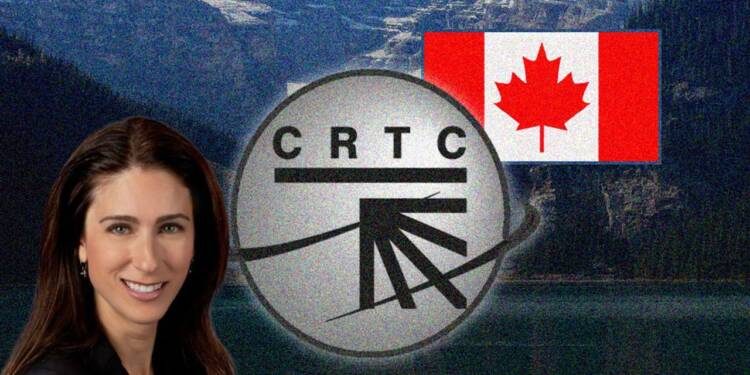 New CEO of CRTC: The Online Streaming Act, Bill C-11, was tabled in the House of Commons a few months ago by the Justin Trudeau-led federal government. The plan is to make it possible for the CRTC to control streaming services online. The bill is directed at companies like Spotify and YouTube, as well as the Netflixes and Disneys of the globe. Potentially, it will include practically all audio and video content available online in Canada. Alarm bells began to sound in Ottawa as the leader, who made it a habit to preach morals all day long, intended to invoke such draconian measures that would suppress the freedom of expression of regular Canadians. Trudeau’s evil schemes, however, may be seriously hampered by a recent turnabout.

The Online Streaming Act (OSA) is a significant and dangerous first step towards government control of the internet. The stated purpose of the OSA is not particularly controversial: to bring influential streaming services like Netflix, Disney, and Spotify under the authority of the Canadian Radio-television and Telecommunications Commission (CRTC).

But under the OSA, the CRTC’s new authority will not be limited to these large entertainment giants. Rather, the OSA will empower the CRTC to assume jurisdiction via regulation over any “program” (audio or audiovisual online content) that is “monetizable” because it “directly or indirectly generates revenues.”

The OSA would give the CRTC new powers to regulate virtually any online streaming service, also known as a “platform.” It would also regulate audio or audiovisual content accessible in Canada on such a platform. In the long run, Trudeau could end up using CRTC to regulate much of the content posted on major social media by his critics or even where the content is generated or uploaded by religious, political, and charitable non-profits.

The CRTC will become more powerful than ever before. It can require platforms to prioritize certain podcasts or videos, effectively de-prioritizing other podcasts and videos. The entire audio-visual world will be an unfair game, as though the entire globe should be subject to Canadian broadcast jurisdiction. The CRTC itself will have the power to exempt, or not, some services from its regulation.

The liberal poster boy has already demonstrated to the world how far he will go to further his own self-interest. A terrified Trudeau introduced harsh emergency regulations last year to make the Freedom Convoy unconstitutional. The prime minister’s tenacity and attitude were very similar to those we frequently see in autocratic nations.

Following this trend, Justin Trudeau considered going one step farther and doing more to silence his detractors and the voices of the Conservatives. Then came the Bill C-11, which, as was already said, tramples upon the democratic ideals of freedom and free speech, the very principles about which the prime minister waxes lyricals throughout his global tours.

But guess what? Trudeau’s plan to create an echo chamber of sorts in Canada and regulate all voices of dissent could soon be in jeopardy. According to recent reports, Vicky Eatrides, a high-level bureaucrat with a background in competition law will be in charge of implementing the Liberal government’s internet-regulation legislation.

Her appointment as CRTC New CEO on Monday was welcomed by consumer and internet advocates. They said she could help focus the broadcast and telecom regulator on consumer and competition issues which the critics say have been neglected under the tenure of current chairman Ian Scott.

While Eatrides wouldn’t speak to specifics of the CRTC’s potential new responsibilities under bills C-11 , she did say the regulator is “obviously going through some change. And I will be focused on ensuring that we have a modern and inclusive and timely regulator.”

She said people should expect “somebody who’s really focused on and concerned about Canadians. So really, that that’s where my head is at.” “I really want Canadians to be able to say, OK, what has the CRTC done for me?”

In all honesty, this is a big difference. Vicky’s extensive experience will be crucial given the CRTC’s rising corruption. Fortunately, Eatrides has already made it clear that she wants to work with the interests of the Canadian public in mind. Canada needs a regulator to constrain governmental follies and media oligopoly, rather than one muffling free speech.

Over the past few years, the Liberals have done significant harm to the CRTC. To restore its reputation and standing, the new chair has much work to do. Hopefully, this is the start of a new chapter that puts consumers first for a change.

France and EU at loggerheads! Again