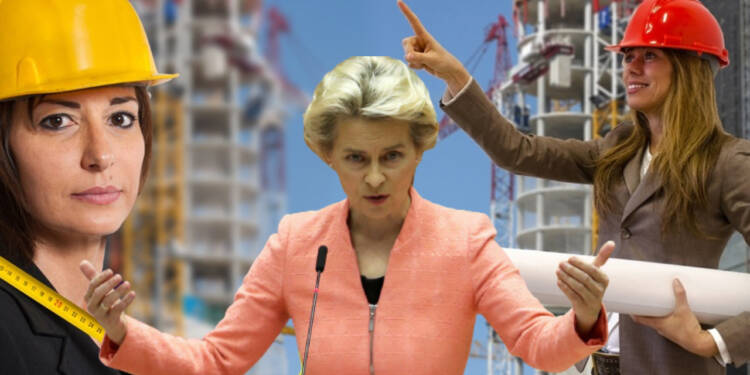 Europe has been championing in every rent-a-cause under the sun, at least on paper. It has been sermonising on all virtues from the so-called position of strength. But while taking a moral high ground it forgets that it has lost hegemonic control over the narrative. With each passing day, the ‘liberal continent’ will be held accountable for all the preachings it has been pressing on others. And the labour market data speaks volumes about the charade Europe has been carrying out in the name of gender parity.

In a media interaction, the EU Commissioner for Equality, Helena Dalli highlighted the prevailing gender discrimination in the EU member nations. She stressed that the European Union and its member countries should work to ensure that women stay in the labour market. With this, she argued that the Union can avoid “throwing away trained human capital”.

Commissioner Dalli further remarked that to safeguard women’s rights, the Union has to ensure their financial independence as well.

It is pertinent to note that a large section of Europe’s society still functions on the lines of patriarchy. Evidently, as per the Eurostat, in the year 2020, around 77.2% of working-age men were employed. Contrary to that only 66.2% of women received employment.

Ironically, this stark difference in employment opportunities comes against the backdrop that more women than men graduate from universities in Europe. Even then injustice was meted out on these well-qualified women on account of deeply entrenched patriarchy in EU member nations.

The story of gender discrimination doesn’t end there. Additionally, in EU member countries, women account for approximately 91% of career interruptions due to childcare responsibilities. Similarly, 75% of part-time positions are done by women. Resultantly, this has negatively affected the gender gap in Europe both in terms of pay and pension.

In the EU member countries, women on average receive 13% less salary as compared to their male counterparts while they get 30% less in pension benefits.

The way forward: Understand the economic ramifications of gender discrimination

Apart from issues of women’s representation in the labour market, EU Commissioner Dalli also spoke in favour of maintaining a work-life balance. She stressed that the EU member countries have to be pressed again and again so that reforms don’t die on the paper. For example, the work-life balance directive was adopted in June 2019. Although it was the right step to improve access to family leave and flexible work arrangements, yet it has not yielded its desired results.

Focusing on a pragmatic approach, Commissioner Dalli added that the Union has to make sure that apart from its moral argument, the member states understand the economic argument behind gender parity.

Also Read: US tears into Europe for adopting green farming standards because it’s all about the money, silly!

Evidently, as per European Union data, member nations suffer an economic loss worth €370 billion per year due to the prevailing gender employment gap. These economic considerations make it imperative to improve gender equality in Europe. As per an extrapolation, gender parity can result in an additional increase in GDP by €3.15 trillion by the year 2050.

However, EU Commissioner Dalli did list out certain measures that the commission has tried to mitigate this gender parity. Evidently, reformist initiatives include transparency rules in salary and directives to ensure quotas to include more women in the corporate board members’ positions.

These labour market data shows that everything is not hunky-dory in Europe. Interestingly, there are many Euro-centric indexes that award European countries top rank with a cent per cent record. With these indexes, the liberal continent tries to paint a rosy picture of Europe, but the fact is just like other continents, it has its own problems and is nothing near perfect. Patriarchy still prevails in major parts of Europe, especially in giving opportunities to women.