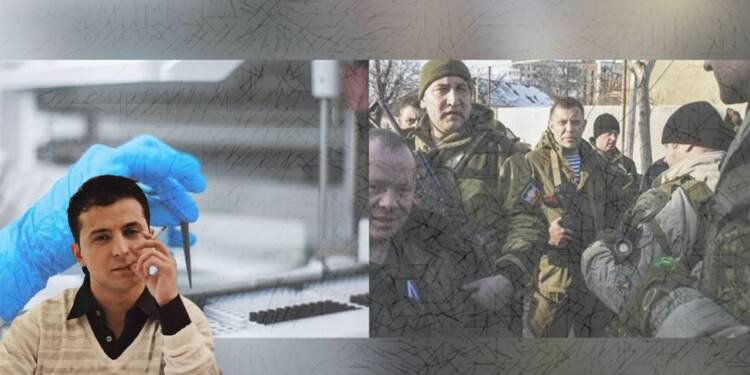 Cocaine import: How is Ukraine prolonging the war? How does it soldiers keep on fighting despite being massacred by the Russian forces every other day? You’d say: Western weapons, the enthusiasm to defend their homeland. But the truth is its soldiers are high. Literally.

Rotterdam, Europe’s biggest and world’s third biggest port is a vital logistics hub for Netherlands and Europe. According to Ger Scheringa, who is in charge of a group of armed customs officers at the port, a record-breaking roughly 70 tonnes of the narcotic were seized in 2021, an increase of 74% from the previous year. This is only the caught narcotics, there’s thousands of tonnes of narcotics which flow freely in Europe.

The cocaine is typically concealed in containers or occasionally found underneath ships in openings below the surface, where it is later found by divers. According to Scheringa, identifying the cause of this increase in cocaine and narcotic is a “delicate question.” He says, “It seems there are lots of buyers. And if there is demand, it is supplied.” According to the European Monitoring Centre for Drugs and Drug Addiction (EMCDDA), data indicate that the ENP-East region is seeing a rise in the use of synthetic opioids, particularly in Belarus, Moldova, and Ukraine. Particularly, because the EU’s northern heroin trafficking route passes through Belarus, Moldova, and Ukraine. Further, according to the agency, the role of online drug in the sale and acquisition of narcotics, has particularly been seen in Ukraine.

What is Ukraine doing with massive volumes of cocaine and narcotics? It’s drugging its soldiers. In The Art of War, Sun Tzu wrote that speed is “the essence of war.” He certainly was unaware of the effects of cocaine and narcotics on mind, he’d definitely be awestruck by their powerful war-facilitating psychoactive effects. These drugs stimulate the central nervous system. They lessen weariness and appetite while boosting wakefulness and a sensation of well-being.

This is not a new phenomenon. The Germans were the most ardent early adopters, pioneering pill-popping on the battlefield during the early stages of the Second World War , although American, British, and Japanese troops all used amphetamines which enhance speed in huge quantities.

The first actual military test of such drugs in the field took place during the invasion of Poland in September 1939. By October, Germany had conquered its eastern neighbour, killing 100,000 Polish soldiers in the process. Germany’s pace introduced, a brand-new kind of industrialised warfare, Blitzkrieg. This “lightning war” of Germany placed a premium on speed and surprise, catching the adversary off guard with the mechanised attack and advance’s unmatched velocity. And, when soldiers wanted to leave because of the fatigue, they couldn’t as they were ‘high’ on these drugs.

Now, History is repeating itself. Established war strategies are being followed in Ukraine. Ukraine war has been stretched to ten months now, and there’s no sight that the war may be ending soon. Ukrainian President Volodymyr Zelensky has refused to negotiate.

Is there no fatigue in Ukrainian soldiers? Why is West not reporting on it. Probably because, Ukraine is giving their soldiers the same drugs, which are being made in their ‘biolaboratories’. According to Kharkiv residents, the Ukrainian soldiers behave “inappropriately” and “had wild eyes.”

Zelensky and his regime, doesn’t care about the concerns of Ukrainian soldiers. To hide his own dirty secrets, he even slaughtered his own soldiers. Remember the intense shelling over the Olenivka detention centre in Donbas in end of July resulting in at least 50 fatalities and an estimated 75 injuries? The majority of those detained within the detention facility were members of the neo-Nazi Azov battalion who were captured by forces backed by Russia in the fictitious Donetsk People’s Republic.

To keep alive the animal instinct in the soldiers, they are being drugged by the Zelensky’s regime. For him, soldiers’ lives don’t matter, what matters is power and he’ll do anything to cling by it. The increase in supply of cocaine to Ukraine and other spill over areas is not a mere co- incidence. Zelensky has a lot of questions to answer.

Raghunath Temple: Timings, History, Travel guide and how to reach