After fossil fuel, it is human resources that the West is hunting for in Africa 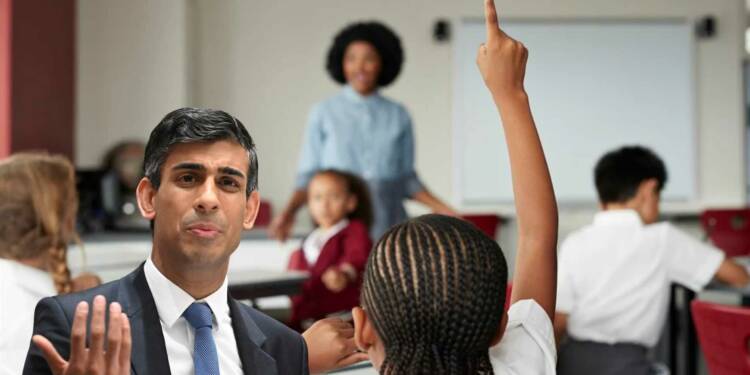 Africa Brain drain: If there’s one major impediment to Africa’s economic development, it is the imperialistic intentions of the West. The world knows that the wealth of the West is built on the exploitation of its former colonies, many of which are in Africa today. We have seen how after the Russia-Ukraine war the Europe has turned to Africa to secure its energy needs. However, the West has its eyes set not only on natural resources of Africa, but it is going one step ahead in exploiting Africa’s human resources as well.

A mass exodus of teachers from African countries looms large on the continent. The United Kingdom has opened opportunities for teachers from four African countries namely South Africa, Ghana, Zimbabwe, and Nigeria. Teachers from these four countries must have equivalent qualifications to their British counterparts and at least one year of teaching experience from their country of origin to apply for jobs in UK.

According to the British government the programme starts in February 2023. Although the British government claims that the new recruitment policy will boost highly qualified teachers but the reality is that it will only benefit the UK while putting Africa at a great disadvantage. Moreover, it will only encounrage even more brain drain from the African countries, a problem that Africa is already dealing with.

Brain drain of Africa to the West

Brain drain has proved to be a bane for the Africa continent. Africa has vast youth population and 60% of the population is aged below 25 years. However, due to brain drain or emigration of skilled professionals and predatory intentions of the West, African nations have failed to tap into its huge potential. Annually, it is estimated that Africa loses around $2.0 billion through brain drain in the health sector alone. As per a report, nine countries namely Ethiopia, Kenya, Malawi, Nigeria, South Africa, Tanzania, Uganda, Zambia and Zimbabwe have lost more than $2.0 billion since 2010 from training doctors who then migrated to wealthy western countries. While this is a huge loss to Africa, Western nations gain big from this as they don’t have to bear the training cost of the professionals. For instance, one in ten doctors working in the UK comes from Africa, allowing the UK to save on average $2.7 billion on training costs. Similarly, the US, Australia and Canada save respectively about $846 million, $621 million and $384 million in training cost from African physicians they recruit.

Even the new programme that UK is about to start, is meant for teachers who have a minimum one-year of teaching experience in their country of origin. Thus, UK will save big on training costs while attracting cheap labour to employ from Africa, as has also been pointed out by critics.

Countries like Nigeria are already grappling with the issue of mass migration of medical personnel to Europe and North America. A similar situation will be witnessed now in the education sector too, after UK begins employing teachers from Africa next year under the new programme.

Also Read: Biden and Jinping blame each other for looting Africa

The gravity of the situation can be gauged from the fact that currently, 350,000 Nigerian teachers are qualified for such employment from a pool of 1.5 million teachers.

The IT industries in Africa are also facing a similar threat from Western tech giants like Microsoft, Google etc. The Western multinationals poach skilled professionals from Africa which is detrimental to these countries with a relatively smaller pool of highly educated and skilled individuals.

Read more: Kenya can very well build its own Silicon Valley, but it must kick out Western poachers first

Thus, such programmes by Western countries can be seen as only an extension of their policies which only aim at exploiting African resources for their selfish interests.

The African countries must resist such plunder of its resources as soon as possible to get out of this cycle of exploitation created by the Western powers.