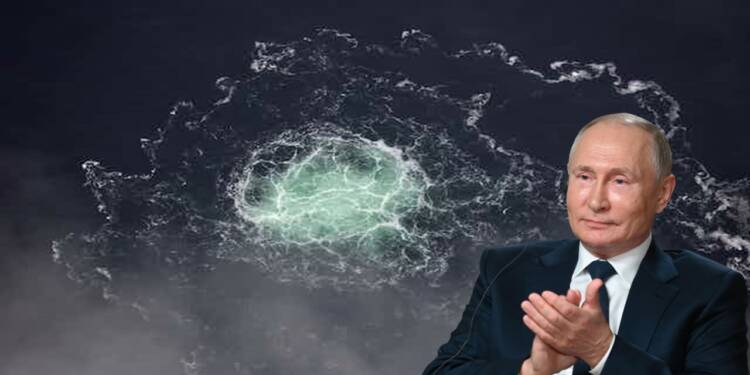 It’s now been three months since the Nord Stream pipelines were sabotaged. Europe which alleged Russia initially is finally coming to realisation about the truth of the Nord Stream pipes explosion. Realisation that it was not Russia who was behind the sabotage is a step in the direction of establishing trade and pre-war relations with Moscow.

World leaders readily accused Moscow of the blatant and deadly act of sabotage after explosions in late September that seriously damaged undersea pipelines constructed to transport natural gas from Russia to Europe. U.S. Energy Secretary Jennifer Granholm told the BBC on September 30, four days after the explosions, that it “looks” like Russia was is at fault. She asserted that it is quite improbable that these occurrences are mere coincidences.

German Economy Minister Robert Habeck went as far to state, “Russia saying ‘It wasn’t us’ is like saying ‘I’m not the thief.” Zelensky adjudged the sabotage to “a terrorist attack planned by Russia and an act of aggression towards the European Union.”

Western media alleged that the Kremlin intended to cut off the supply of energy to millions of people across the continent. Some leaders referred to this as “blackmail” meant to pressure other nations into ending their financial and military support for Ukraine.

The reason didn’t make any sense given that Russia had no motivation to destroy the infrastructure that it both spent billions building and fully controls. It also gave it leverage over Europe to normalise the relations. Now, Numerous officials have privately stated that after months of investigation, Russia may not actually be at fault for the attack on the Nord Stream pipelines.

One official said, “There is no evidence at this point that Russia was behind the sabotage.” This statement is consistent with the assessments of 23 diplomatic and intelligence officials from nine different nations who were contacted by Washington Post in recent weeks. Investigators have gone through wreckage and examined explosives residue found on the Baltic Sea floor in the months following the explosions, which presumably resulted in one of the greatest single discharges of methane gas ever. Three explosions that occurred on September 26 and resulted in four leaks on the Nord Stream 1 and 2 pipelines were timed precisely by seismologists.

Nobody contests the fact that the harm was intentional. According to a representative of the German government, which is looking into the matter independently, explosives appear to have been put on the outside of the structures.

According to sources who spoke on record on conditions of anonymity, to discuss the status of the investigation, some of which is based on classified intelligence, even those with inside knowledge of the forensic specifics, bar Russia of the attack.

The acquittal of Russia from the sabotage is a significant step in the larger optics. Before the sabotage, Europe imported one-third of gas from the pipelines. Europe recently removed sanctions on food and fertilizer from Russia recently. And, Olaf Scholz recently signalled how Germany is willing to resume its business with Russia.

Also, the investigation outcome will lead to cracks widening between the countries. Countries who have been blinded against Russia, and in accordance to the policies of Washington will stand against the countries who are continuously looking for collective European defence and security.

Its high time the truth be accepted by the European nations, that their national interest is prime and that they work towards upholding it.