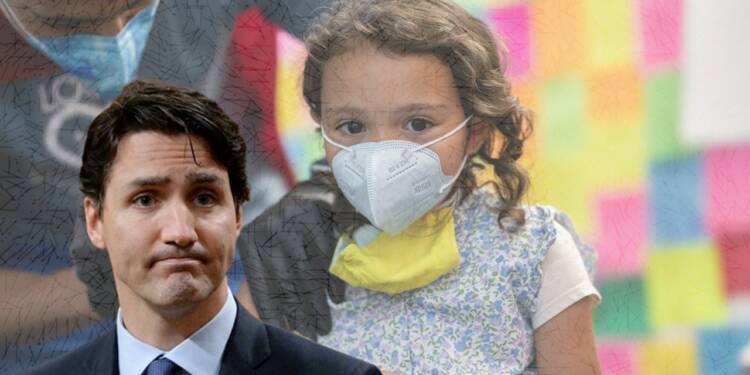 Your child is not safe from MAID. Calm down! By MAID we mean the draconian policy of Trudeau’s regime i.e., Medical assistance in Dying. Yes, MAID is now seeking to target your children.

In Canada, euthanasia was first made legal in 2016. The Supreme Court of Canada overturned a previous ban on assisted suicide, which gave the Parliament a deadline for enshrining medical assistance in dying (MAID) in law. Since then, liberals have been pushing for the euthanasia of all mentally ill and physically challenged people. And now they are seeking to target children too.

The existence of a little-known children’s activity book for medical assistance in dying that was supported by the Canadian government has been brought up by critics. Canadian Virtual Hospice released the Medical Assistance in Dying (MAID) Activity Book for the first time in July.

The book is not intended for youngsters who are themselves seeking assisted death, and it is not permitted to be widely distributed through public libraries or schools, as per the guidelines. Instead, the activity book is made for kids who might soon be present at a death by medical assistance, thereby influencing them to propagate MAID. The handbook defines MAID as the use of medications to “prevent a person’s body from working.” The group as said is “Created for young people who have someone in their life who may have MAID.”

The 26-page handbook, which was funded by Health Canada, was authored by McMaster University lecturer and children grief expert Ceilidh Eaton Russell. The manual Living Dying: A Guide for Adults Supporting Grieving Children and Teenagers was also written by Russell.

Medical Assistance in Dying (MAID) mania has now gone overboard in Canada. Anybody who seeks medical help is being asked to opt for MAID. Recently, there have been at least five instances when Canadian Armed Forces veterans sought treatment for chronic diseases like PTSD and were then awarded MAID by a Veteran Affairs caseworker.

Medical Assistance in Dying (MAID) was supposed to be opted in extra ordinary cases. But, in recent years, an increasing number of Canadian institutions have begun to accept MAID as a standard part of the nation’s healthcare system. In a report for the House of Commons in 2020, the Parliamentary Budget Office noted that MAID would result in net savings for the healthcare system by reducing the requirement for palliative care and other “end of life” costs.

With the exception of a few fleeting references on conservative websites, the Medical Assistance in Dying (MAID) activity book has mostly eluded notice throughout all of this. The book was criticised over the summer by the right-wing American publication National Review for exposing Canadian kids to the “medical killing fields.” It was also briefly mentioned on the Australian website BioEdge, which opposes euthanasia and described it as encouraging the “normalisation of euthanasia.”

Health Canada (@GovCanHealth) and Veterans Affairs(! @VeteransENG_CA) are the two Federal Government partners in the release of a new colouring & activity book on #MAiD suicide for Canadian children.

All options remain on the table. pic.twitter.com/WO33UmsB5T

As of now, minors are not eligible for medically assisted death in Canada. Although there has been a campaign by the Quebec College of Physicians to expand the practise to disabled newborns. So, if there is a ‘Stephen Hawking’ he would be murdered by the Canadian administration.

Coming events cast their shadows long before. So, even though, medical assistance in dying is being used to reduce burden on healthcare system, it would soon reach to “normal children.” Like it has been widened to ‘mentally unhealthy’ people and to the military veterans.