After jolting the west with de-dollarisation and space tech, Zimbabwe takes another bold step 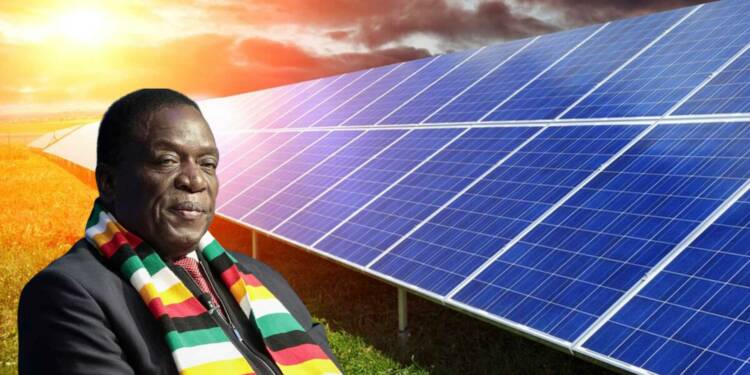 Zimbabwe solar projects: Western sanctions have devastated Zimbabwe’s economy. The most pressing issues Zimbabwe faces today are soaring influence, debt distress, poverty, unemployment, etc. The country has faced many obstacles due to sanctions. It has lost about $100 billion in aid and grants from financial institutions such as the African Development Bank due to the West’s sanctions.

However, despite the sanctions imposed by the West, Zimbabwe has been moving ahead and taking the necessary initiatives to develop the country. From trying to de-dollarise its mineral sector to investing in its space sector, Zimbabwe is taking huge leaps.

With all the odds against it, Zimbabwe bets big on its solar projects to deal with the issue of acute power shortages.

Zimbabwe is facing an electricity deficit which the country needs to fix on an urgent basis specially keeping in mind its many economic woes. Successive droughts have made the situation worse and the country’s ageing coal-fired power stations have repeatedly broken down.

The country has now taken a positive step in this regard. The country’s Finance Minster, Mthuli Ncube has announced that it has  proposed incentives to accelerate 1,000 megawatts of privately owned solar energy projects worth about $1 billion.

As per reports, Zimbabwe is currently generating about a third of its 2,000MW peak power demand and Zimbabweans are subjected to 18 hours of power outages daily. The country’s main Kariba hydropower plant has cut electricity generation due to low water levels. This has led to Zimbabwe facing an unprecedented electricity blackout. The country’s ageing coal plants are prone to frequent breakdowns, impacting mines, industries and households.

“A key ingredient to the successful implementation of the solar IPPs projects is a bankable government implementation agreement with an economic tariff,” Mthuli Ncube said in a statement.

He added that the central bank would also guarantee the payment of dividends and foreign loan repayments to external investors and lenders. The guarantees would cover 27 solar power projects with sizes ranging from 5MW to 100MW and a cumulative capacity of 998MW at a cost of $1 billion.

Also Read: Zimbabwe will starve the West of lithium

How Solar projects will help Zimbabwe

Zimbabwe has a prolonged power shortage issue. This has only worsened after the entity that manages southern Africa’s biggest dam ordered suspension of electricity generation at its main hydro plant because of a water shortage. The country wants to generate 1,100MW from renewable energy sources by 2025.

Solar power is a much more affordable and also beneficial source of energy for developing countries. It is sustainable and a renewable energy choice. This can prove to be a game-changer for Zimbabwe as the country is a sunshine-rich country that enjoys a 7.5 hours of sunlight a day. Out of a total area of 390,750 km2, the country has 250,000 km2 that is suitable for concentrating solar power plants.

The Zimbabwe government is also encouraging a shift towards solar energy. In November 2019,  it banned the installation of new electric water heaters in a bid to save power, in new domestic and commercial buildings and encouraged the use of solar water heaters. This is likely to stimulate a huge market for “solar geysers”, as they are known locally. Due to severe power shortage, even ordinary people are also seeking alternatives themselves. By the end of 2019, more than 100,000 homes across the country had solar power systems installed, according to the country’s energy ministry.

Zimbabwe’s businesses & industries have been hardly hit by the nationwide power outages. The country’s coal-powered thermal plants are supposed to supply the base-load power, but the aged generators break down frequently. The country is currently producing only about 600 megawatts (MW) of power against a daily demand of about 2,000MW.

Thus, government’s initiatives to shift to solar power will help meet demands in future and reduce strain on the current infrastructure.

Zimbabwe has taken a huge step to finally deal with a pressing problem in the country. If Zimbabwe succeeds, it will be a huge boost to the country’s self-esteem and confidence as the West has willingly kept the country poor for long with their sanctions.