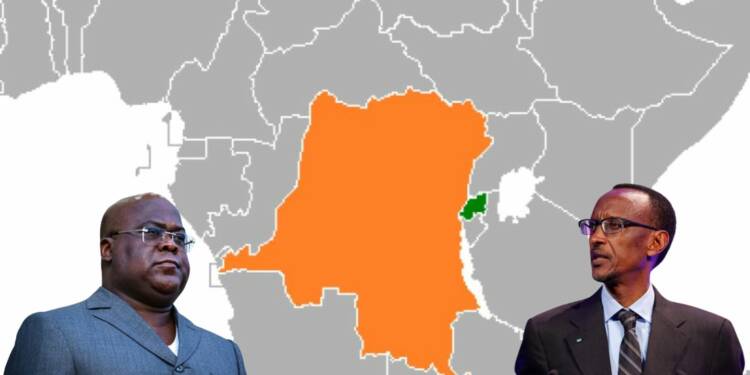 Congo fighter jet violated Rwandan air space?: There is no end in sight to the conflict between DRC and Rwanda. In fact, the conflict has only become worse and tensions between the two African nations have only escalated significantly in the past couple of days. The M23 terror group has been the reason for this conflict and it has jeopardised the prospect of peacebuilding in the region. The recent developments suggest that now it has taken a serious turn, potentially setting the stage for an all-out war between the two countries.

Rwanda has now expressed concern over a fighter jet from Democratic Republic of Congo that briefly violated its airspace.

As per the government of Rwanda, A Sukhoi-25 fighter jet from Democratic Republic of Congo (DRC) violated Rwandan airspace along Lake Kivu in the Western Province of Rwanda. It further blamed the “international community” whose “consistent coddling” might have “emboldened” DRC to cause such “provocation”.

In November too an unarmed Congolese warplane briefly landed at a Rwandan airport while on a reconnaissance mission near the border, in what Congo said was an accident.

“These repeated violations are against the spirit of Luanda and Nairobi peace initiatives,” Rwandan government spokesperson Yolande Makolo has said in a statement.

This is the latest accusation on DRC for flying between the two countries. Further, this comes after international pressure has been growing on Rwanda to stop its support for M23 rebels. Apart from the US and also the UN, France and Germany were the latest countries to openly accuse Rwanda of supporting armed rebels in neighbouring eastern Congo.

A report by the UN recently said that they had “solid evidence” that Rwanda’s armed forces were backing the rebels and the United States has also openly asked Rwanda to stop it.

The M23 rebels announced their withdrawal from a strategic front-line position in Kibumba only a few days back as a “goodwill gesture”. However, soon after this the Congolese army described the withdrawal of M23 rebels as a “decoy“. Further, the Congolese army said that it is meant to distract locals and global community, and actually the rebels are reinforcing their positions elsewhere, their intention is now to occupy the western parts of Goma.

So, just when a little ray hope was visible for some kind of resolution of the ongoing conflicts, it was shadowed by the clouds the very next day.

Read More: DRC says M23 withdrawal was nothing but a “PR job”

Now, it seems that the two countries are slowly descending into an all-out war, keeping in mind the recent developments in the region. The DRC fighter jets violating the Rwandan airspace might be another indication of the upcoming conflict. Further, South Sudan has also announced the deployment of 750 soldiers to eastern DRC. Heavy fighting in recent months between DRC forces and M23 rebels prompted the East African Community (EAC) to deploy a joint regional force that includes forces from Kenya, Burundi and Uganda.

Thus although Rwanda has denied any involvement with the M23 rebels, the truth is clear as day and more and more countries have come to realize this. This has turned the tables completely against Rwanda and it faces increasing isolation on the world stage. With an organised force fighting the M23 insurgents, it won’t be possible for it to survive for long.