It is a well-known fact that the strength of the Canadian army is dwindling. The army of the Great White North is no longer comparable to what it was 30 years ago; instead, it is a decrepit force 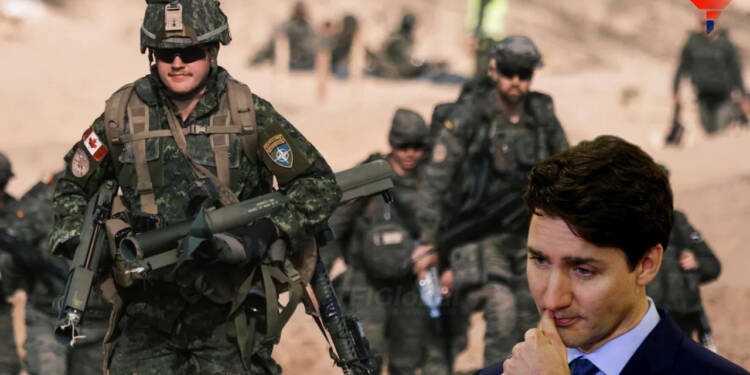 According to a media report by surrey’s new leader, the chief of the Canadian Army has claimed that despite having fewer soldiers under his command, his army is still being put to greater demands both at home and in Europe.

According to Lt.-Gen. Joe Paul, the Canadian army is being compelled by the squeeze to examine some ingrained beliefs and practices more closely in order to identify areas where it can improve efficiency.

Reportedly, the resource crunch that has left thousands of positions vacant has been brought to the attention of commanders across the board of the Canadian Armed Forces.

The Lt. Gen, furthermore, claims that more than 1,200 soldiers left the army last year — and possibly another 800 have disbanded their roles due to recruiting and retention challenges.

Calls for military action are growing!

Now, these revelations have come at a time when global powers are looking at Canada with hope for major military actions. For the unaware, the Canadian army is dealing with more calls for assistance in response to natural disasters at home, while also gearing up to expand Canada’s presence in Latvia.

In addition, the US wants Canada to be in charge of any military action in Haiti. The administration of President Joe Biden has made it clear that it has no desire to send US troops to Haiti. So he gave Canada the responsibility of leading the mission.

This may be the main cause of Justin Trudeau running helter-skelter to abdicate responsibility to other countries. If one recalls, Trudeau requested assistance from European nations in containing the Haitian disaster. Unfortunately, his calls were ignored.

In addition, there are already hundreds of Canadian soldiers working with a NATO battlegroup there, and still, Paul is saying that the Army will respond as the military alliance moves to grow the force next year.

A significant contributor to the mishap in the Canadian military is recruitment. Additionally, the department’s practices and duties have gotten worse over time and negatively affected the lives of its soldiers.

Finding a balance to support the CAF in times of peace and war has been a challenge since the 1950s. However, the Trudeau administration’s ignorance of this issue only made it worse.

The Liberal government in 2017 laid out a plan to add thousands of full and part-time positions.

The military was showing signs of a turning point as recruitment started to outpace departures, even though the plan was implemented after years of troop shortages.

As military recruiting and training facilities were closed during the first year of COVID-19, recruitment plummeted. As a result, only 2,000 people—less than half the required number—were enrolled in 2020–21. This is the current state of the Canadian army. And this is one of the major reasons why Canada is currently of no geopolitical significance.