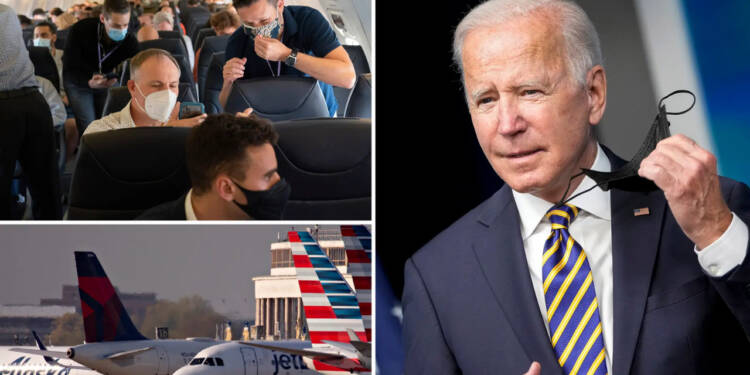 Southwest Airlines flight cancellations: Could you not meet your relatives or friends on your holiday vacation? Did your flight get cancelled or delayed too around the holidays? Well, there is one person to be blamed for it.

Biden first creates short-sighted policies. And, then blames others for failing to comply with his purblind approach. This time, his actions have paralysed airlines across the country.

In response to a string of cancelled and delayed flights, US President Joe Biden has vowed to hold only the airlines “accountable,” with Transportation Secretary Pete Buttigieg calling out Southwest Airlines flight cancellations in particular.

Due to a continental cyclone passing over the nation on Sunday, at least 3,100 flights were cancelled nationwide and 6,800 others were delayed. On Monday, there were still tens of thousands of delays and cancellations, but by Wednesday, one low-cost airline in particular was still having trouble getting back to business as usual: Southwest.

A flight tracking website called FlightAware reports that as of Wednesday afternoon, approximately 2,509 Southwest flights, or 62% of the airline’s planned service, had been cancelled. Since Friday, the airline has cancelled around 14,500 flights.

Buttigieg told ABC News, “We are past the point where they could say this is a weather-driven issue. So, what this indicates is a system failure, and they need to make sure that these stranded passengers get to where they need to go and that they are provided adequate compensation.”

Department of Transport announced that it would look into whether Southwest’s customer service policy had been violated by the sudden wave of cancellations. President Joe Biden stated that his administration “is working to ensure airlines are held accountable.”

Thousands of flights nationwide have been canceled around the holidays.

Our Administration is working to ensure airlines are held accountable.

If you’ve been affected by cancellations, go to @USDOT’s dashboard to see if you’re entitled to compensation. https://t.co/r0YBCPyKes https://t.co/1ZdqhBOAoL

Though, it is the Biden administration that has aggravated the issue. Here’s what happened. Last September, Joe Biden declared that he intended to impose vaccinations for all employees at businesses with more than 100 workers. Southwest Airlines (flight cancellations) then sent the following message to its staff, pilots, and crew:

“Southwest Airlines will be required to comply with the federal government’s directive for Employees of federal contractors to be fully vaccinated against COVID-19.”

Since then, Southwest has been dealing with a pilot shortage for more than a year, and some employees are refusing to work because of the Covid-19 vaccine mandate that was put in place in September 2021.

Also Read: The US Supreme Court is no longer trustworthy

The union at Southwest of 9,000 pilots fiercely opposed the rule and the airline’s subsequent attempts to fill the gap by hiring foreign pilots.

The Biden administration was forewarned by pilots’ unions from throughout the industry that mandatory vaccinations would result in “mass terminations of unvaccinated pilots.” Although it is unknown how many pilots left the profession or retired early before the Supreme Court blocked Biden’s vaccine order earlier this year. Research published in August found that the US airline industry will need to hire 8,000 new pilots by 2022, in part because of early retirements.

Customers stranded at airports and coping with cancelled flights are understandably irate, but Southwest pilots should not be the target of their anger. Southwest CEO Bob Jordan stated that he is “optimistic” that regular service would resume by next week in a video message that was made public on Tuesday.

An economic disruption is a potent tool for protest, both symbolically and practically. Government in democracies is intended to serve the people, not to rule over them. The senseless Biden administration’s directive to pilots which led to early retirement is to be blamed for the mess.