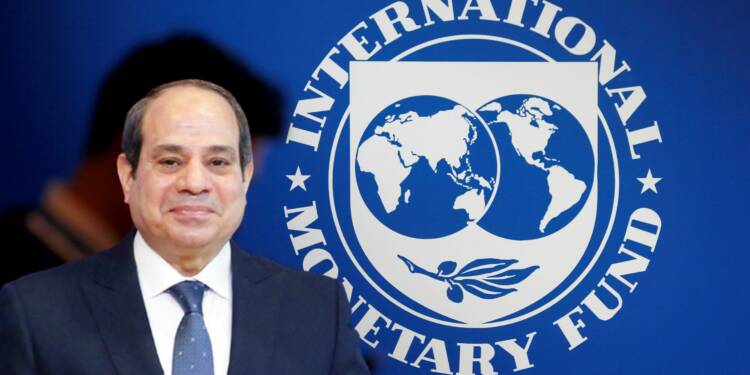 Egypt stepping up its de-dollarisation efforts seems to have sent shock waves to the US. So, now IMF has arrived to rescue the petrodollar by “bribing” Egypt to stop its de-dollarisation efforts. It is well-known, how IMF often secures or advances US interests by using its economic clout. It has done it again, in the case of Egypt, in the name of economic assistance.

Egypt’s economy has struggled since the last decade and it turns out, this has helped the IMF to put a halt to the African nation’s de-dollarisation efforts. As per a report, Egypt recently lifted a key restriction on imports and approved a list of economic activities that the government would leave to the private sector.

Actually, Egypt had to lift the restrictions to meet the IMF loan conditions. This was done by Egypt to meet two key conditions attached to the IMF’s $3 billion support package.

In a statement, the central bank said it dropped a requirement for importers to use letters of credit and the government will now allow direct payments.

Egypt recently secured a 46-month financial support from the IMF, for which the reversal of the import curbs was a key requirement. Further, the agreement also called for the government to list economic activities that the state would refrain from engaging.

Egypt had introduced the import ban to alleviate its dollar crunch that was exacerbated by the Ukraine conflict. The war in Ukraine resulted in Egypt’s bill for wheat and oil soaring high. It was a major blow to Egypt’s economy as it is heavily dependent on imports.  At the same time, it crushed tourism from two of its largest markets, Ukraine and Russia, which was a key source of hard currency. Thus, import restrictions were necessitated to alleviate its foreign currency shortages although at the expense of rising consumer prices.

However, Egypt’s recent policies suggest that it is joining a growing trend of countries taking measures to de-dollarise economies and undermine the US’ financial hegemony.

Egypt had also reached out to Russia, despite US-imposed financial sanctions, to discuss further trade in national currencies. which essentially meant defying the US diktats.

Now, as Egypt’s economy continues to struggle, IMF in the name of economic assistance is once again furthering US interests. With the loan conditions for Egypt, IMF is essentially diluting the African nation’s efforts at de-dollarisation.

IMF loans conditions have been criticised for being excessive and harmful to the poor. There are also complaints that IMF conditions were not well-tailored to country circumstances and political constraints, and may have unrealistic deadlines. It was also argued that the conditions limit a country’s ability to effectively control its economic programs. Moreover, in any case, IMF loans have not helped Africa in the long run. On the contrary, it has only kept Africa addicted to aid. This is yet again a classic case of IMF becoming a tool in the hands of the US to further its own agenda in Africa.