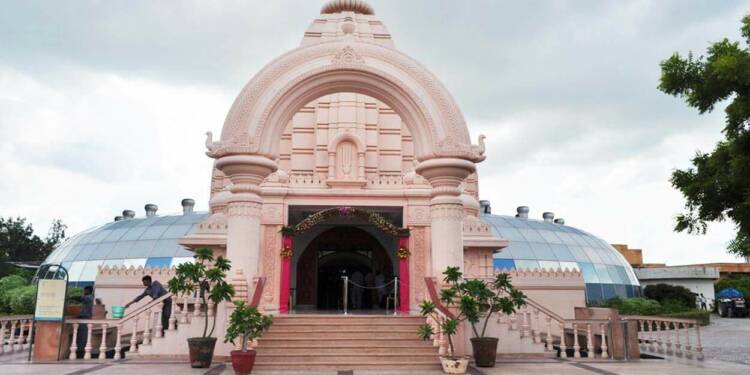 But due to the large kitchen set up by Akshaya Patra Foundation, it came to be known as Akshaya Patra Temple Vrindavan. The temple stands on a vast expanse of open land, surrounded by greenery. Another temple – Vrindavan Chandrodaya temple is also built near this Radha Vrindavan Chandra temple. This too, has been planned by ISKCON Bangalore to be built up to a height of about 700 feet.

This temple opens at 4:00am in the morning and close at 8:00pm in the evening. 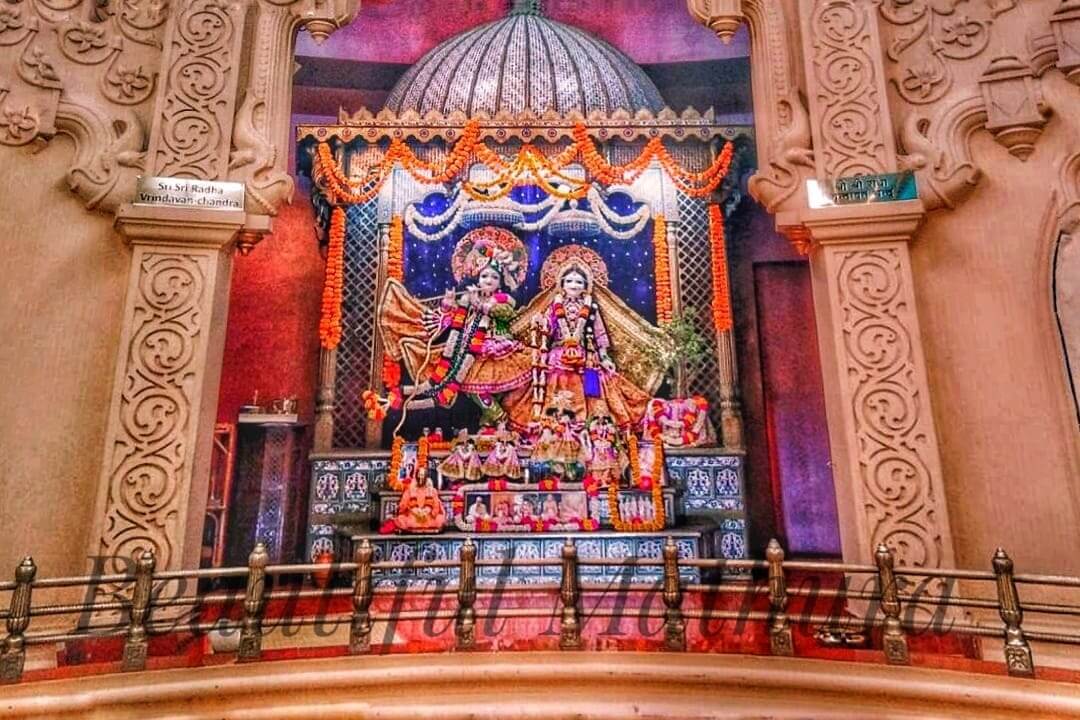 Akshaya Patra Temple, or Radha Vrindavan Chandra temple, was built to recognize the devotion of Maharaja Radha Chandra Swami. He was a Christian who was born in 1948 in a small town in America.

One day, he ran away to visit India. He studied literature and English in India. He learned about Lord Krishna, studied him and became his devotee. Then, he along with other Krishna devotees came to Vrindavan and dedicated his entire life to spread awareness about Lord Krishna. Therefore, Srila Bhaktipada started the construction of this temple during his travels.

Apart from the temple, the idols of Radha and Krishna are one of the main attractions of Akshaya Patra Temple Vrindavan. They are set on the first floor, and they are easily accessible from the stairs. These white idols are carved out of stone and placed in the golden pavilion. 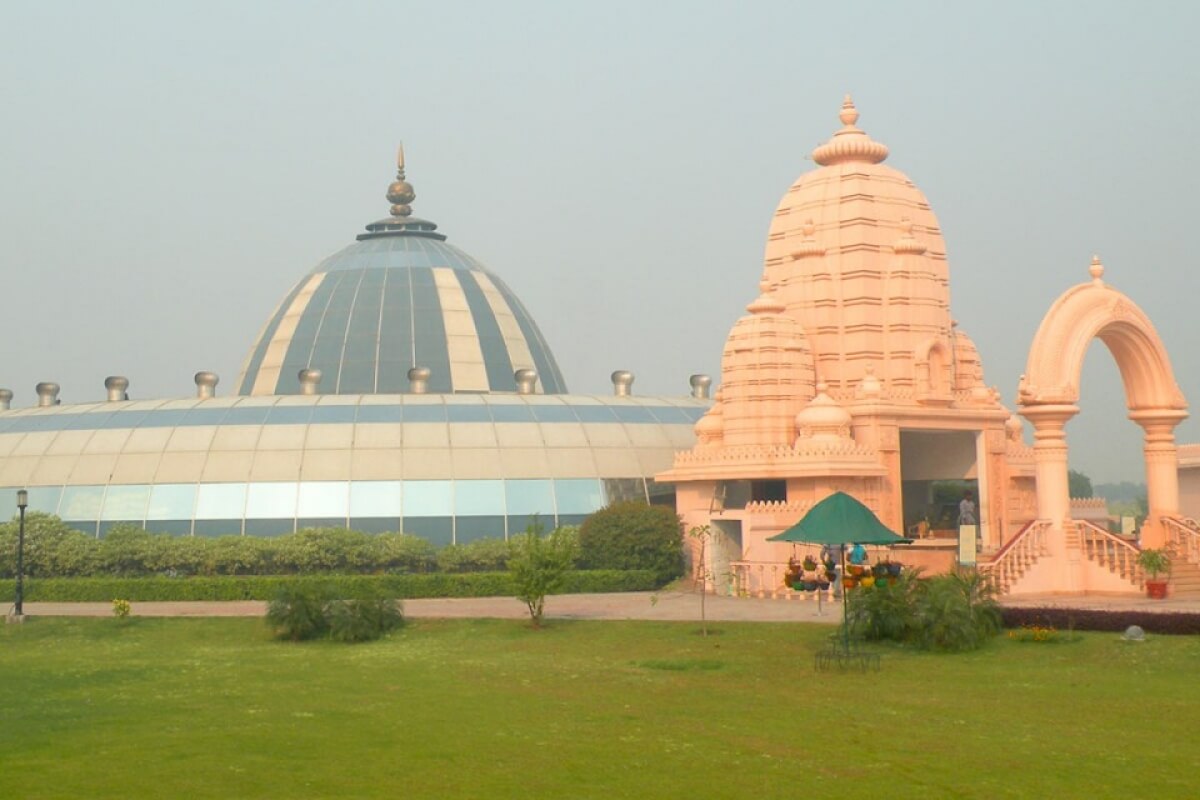 Prem Mandir, or “Temple of Love”, is one of the most important and largest temples in Vrindavan, dedicated to the worship of Lord Krishna and Radha. The temple is quite new; The first stone was installed in 2001, and it didn’t open its doors to the public until 2012.

It took about 150 crore rupees to build this huge temple. The vast Prem Mandir complex covers a total of 54 acres of property. The two-storied marble temple serves as a symbol of the city’s spiritual and cultural significance.

Nidhivan is a beautiful and huge garden which is often called Seva Kung. It is one of the most popular tourist places in the Vrindavan region. The place is buzzing with people at all times of the year and in all seasons. Nidhivan can be found in the middle of Vrindavan and is accessible only by rickshaws as the roads leading there are somewhat narrow.

By Road- Radha Vrindavan Chandra Akshaya Patra Temple is about 7 km from Vrindavan bus stop and here buses from almost all the cities of country reaches here.