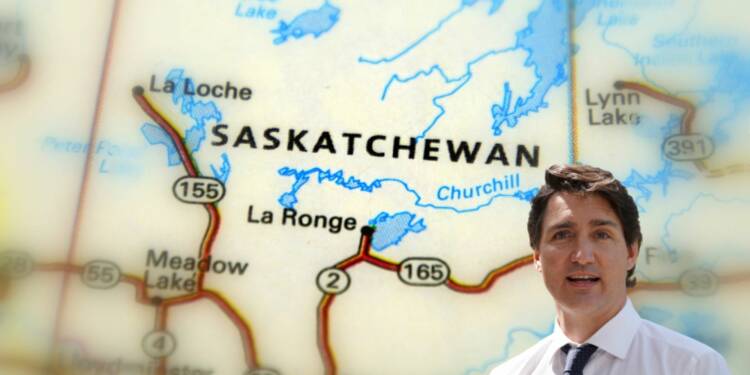 A very happy new year to our Canadian readers. Hope you enjoyed a perfect time with your friends and family. However, this year is going to be a little hard for you. A recession along with a sky-high rate of inflation is awaiting.

However, if you are in Alberta or Saskatchewan, things might be a bit better for you. Regina’s counter efforts against the looming recession might have done the job for the betterment of Canadians there and possibly, the next ten-year boom of the Canadian province will bring back the opulence of Canada.

The Canadian government has released its 2022 Fall Economic Statement, warning that the country is likely to enter a mild recession in the first quarter of 2023. Reportedly, for 2023 as a whole, real GDP is set to decline by 0.9 percent.

In addition, unemployment and oil prices are also poised to increase next year, making it certain that inflation is bound to increase again. On these reports, Deputy Prime Minister and Minister of Finance Chrystia Freeland said in the parliament, “This is a challenging time for millions of Canadians. It’s important that I’m honest with Canadians about the challenges that lie ahead,”

There is no doubt that the world will face difficult times amid a “possible” global recession, but if you live in Saskatchewan, things could be smooth for you.

According to a recent report by Western investors, Saskatchewan is poised for an economic boom in 2023. The report stresses, that the provincial economy, particularly in the southeast area, will see a boom beginning in 2023 led by resource industries.

To be honest, several major economic forecasts are also backing these claims. Along with Alberta, Saskatchewan is taking the lead in several key indicators of economic growth, with recent reports by Statistics Canada showing Saskatchewan led in investment in building construction, manufacturing sales, and wholesale trade in 2022.

Strong commodity prices have fuelled strong interest in Saskatchewan farmland and put the province at the top of the charts in terms of value growth, according to Farm Credit Canada (FCC).

Agriculture also boomed in Saskatchewan in 2022 as the province led western Canada with an increase of 8.4 percent in the first six months of 2022—according to FCC, which released its mid-year farmland values report on Oct. 4—compared to a national average gain of 8.1 percent.

The experts are now emphasizing how beneficial it has been for Saskatchewan that the province previously advocated for more independence and less complexity in the economy. It is now predicted that the province is entering a 10-year boom period, which hasn’t been for a long.

And if that is the case, this also means that Canadians all across Canada can breathe with comfort as the chances of a severe recession are lessened.

Numerous times, the federal government of Canada has been criticized for not doing enough to tame the chances of recession.

Trudeau’s ‘daydream’ to bring inflation back to the 2 percent range has become a herculean task and a soft landing – where inflation is tamed without leading into a recession – has become “increasingly unlikely.”

However, Alberta was saving the day for Canadians. According to TD Bank, Alberta is the only province following the track to grow the real GDP of Canada.

While an Alberta government news release suggests that the administration anticipates GDP to expand by 4.9%, the province’s economy is projected to grow at a rate of 5.5%. This is five times greater than the national average.

Read More: The demographic war on Saskatchewan, that is slowly but surely changing the province

Very clearly, Alberta and Saskatchewan are now a cut above other provinces in Canada. Ironically, both of these provinces have fiercely opposed the policies of the federal government led by Justin Trudeau. Right now, it wouldn’t be incorrect to predict that Saskatchewan’s “10-year boom” will save Canada from a dreadful recession. It’s time the federal government should also wake up and take some stringent actions to improve Canada’s all over economy.