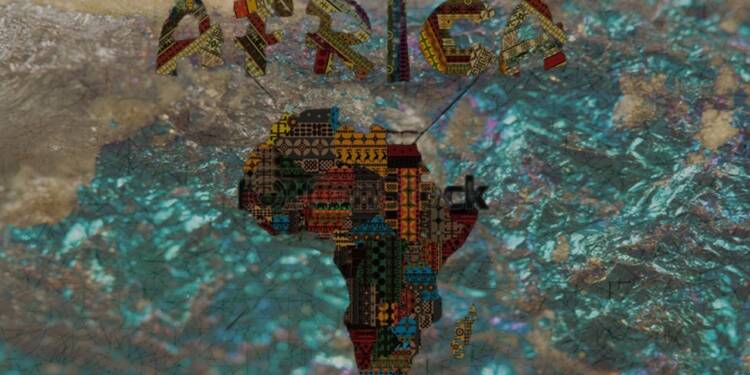 The global demand for rare earth elements or rare earth metals has significantly increased in recent times. These rare earths comprise of 17 minerals that are indispensable to the manufacturing of smartphones, electric vehicles and countless other advanced technologies. So far, China has dominated the rare earth element market. However, soon its dominance is likely to be challenged by Africa. This creates a window of opportunity for the continent, if it uses it wisely.

With countries across the world pledging to zero-emission goals, demand for rare earth metals has amplified. As of now, China dominates the rare earth elements market and controls 60% of global production and 85% of processing capacity.

However, Africa may soon replace China as a source of rare earth metals. Today, with shifting geo political landscape, the importance of Africa is undeniable. Moreover, with growing geopolitical tensions around China and Taiwan, the US, Australia, Canada and other countries are seeking to reduce their reliance on China. On the other hand, today, Africa has huge rare earth potential. Countries like South Africa, Madagascar, Malawi, Kenya, Namibia, Mozambique, Tanzania, Zambia, and Burundi have significant quantities of neodymium, praseodymium, and dysprosium.

Further, as per reports, Africa’s full potential in rare earth metals is largely untapped. In 2021, the mining exploration budget in sub-Saharan Africa was the second lowest in the world as compared to Latin America, Australia and Canada. Its untapped potential is also due to the fact that the vast majority of exploration continues to be concentrated in gold, rather than rare earth metals.

Scramble for Africa to begin

Today, most countries in the world, especially the West is looking to transition into green energy. For this to happen, rare earth metals are critical. Rare earth minerals can be processed into increasingly valuable commodities. From making electric cars, generators for wind turbines, to even military-grade weapons, rare earth metals are used. Thus access to a steady supply of rare earth elements is key to both national security and economic viability of many countries across the world.

The West today is looking to reduce dependence on China due to growing geopolitical tensions over Taiwan and is searching for new sources. This gives Africa a tremendous opportunity to use it in its favour and generate much needed revenue, create jobs and improve its economic conditions.

Africa must be cautious

For the longest time, Africa has only served the West by being its supplier of raw materials.  Africa exports raw materials and imports finished goods. It doesn’t yield any substantial benefits for its local population and Africa is deprived of the possibility to benefit from their own natural resources. Lately, Africa is standing up to the Western MNCs’ predatory methods of exploiting Africa’s raw materials.  Not so long ago, Nigerian government turned down Tesla’s offer to mine lithium and instead asked Tesla to set up battery industry in Nigeria.

Read More: ‘No Lithium for US’, Nigeria deals a multibillion-dollar jolt to America’s EV industry

Moreover, recently Zimbabwe too has banned lithium exports, an important material to achieve clean energy goals. Thus it is insisting on manufacturing batteries in the continent itself rather than just exporting the raw materials.

Read More: Zimbabwe will starve the West of lithium

Africa needs to take more such steps to secure its own national and economic interests. The West will want to secure its energy needs and will eye its vast reserves of rare earth metals next. But Africa must maximise its own benefits out of it.

For starters, Africa will have to take maximum advantage of regional co-operation. If it only exports ores, it will miss out on the benefits of local processing and manufacturing. Initiatives like African Continental Free Trade Area must be effectively implemented that would enable countries to enhance value addition within the bloc before exporting.

The bottom line is, before this scramble for Africa’s rare earths begin, Africa must build its capacity to locally manufacture finished products. With its current economic conditions, it would be difficult for a single country to do extraction and value-addition. Perhaps, achieving regional cooperation and  building strong trade partnerships where Africa has an equal say, shouldn’t be an impossible task to achieve.  The bargaining chip remains in Africa’s hand, only if it uses it wisely.