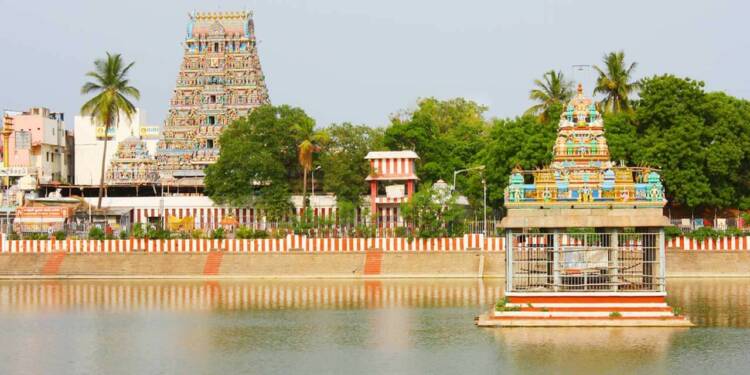 Kapaleeswarar Temple is one of the major Shiva temples in India which is in Mylapore, Chennai. Here Lord Shiva is worshiped as Kapaleeswarar and Goddess Shakti as Karpagambal. Karpagambal is the reincarnation of Goddess Parvathi.

There is a story behind how this place got its name Mylapore. Kapaleeswarar Temple is a huge temple and an ancient one too. It is also believed that the goddess of this temple fulfils the wishes of the people if they prey with their whole heart. 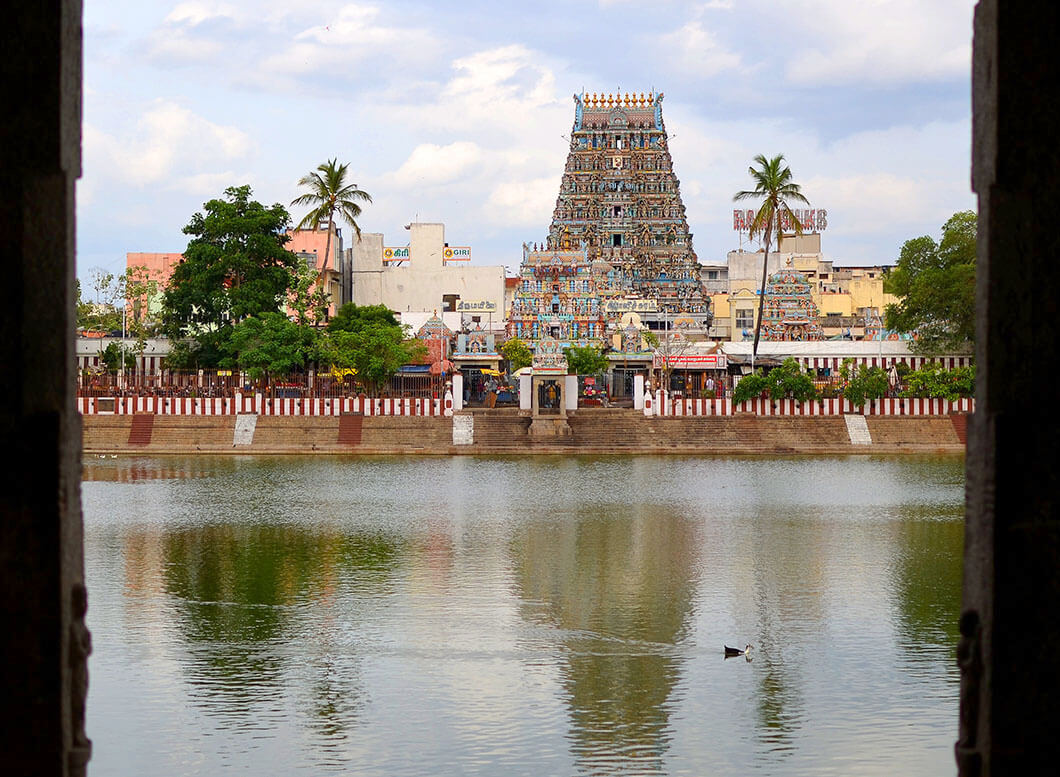 The Pallavas had built this temple in the 7th century AD. According to the hymns composed by the Nayanars the temple was situated along the shore. Nayanars are a group of 63 sages who are ardent devotees of Lord Shiva. The temple finds mention in early Tamil texts which date back to the 6th century AD. 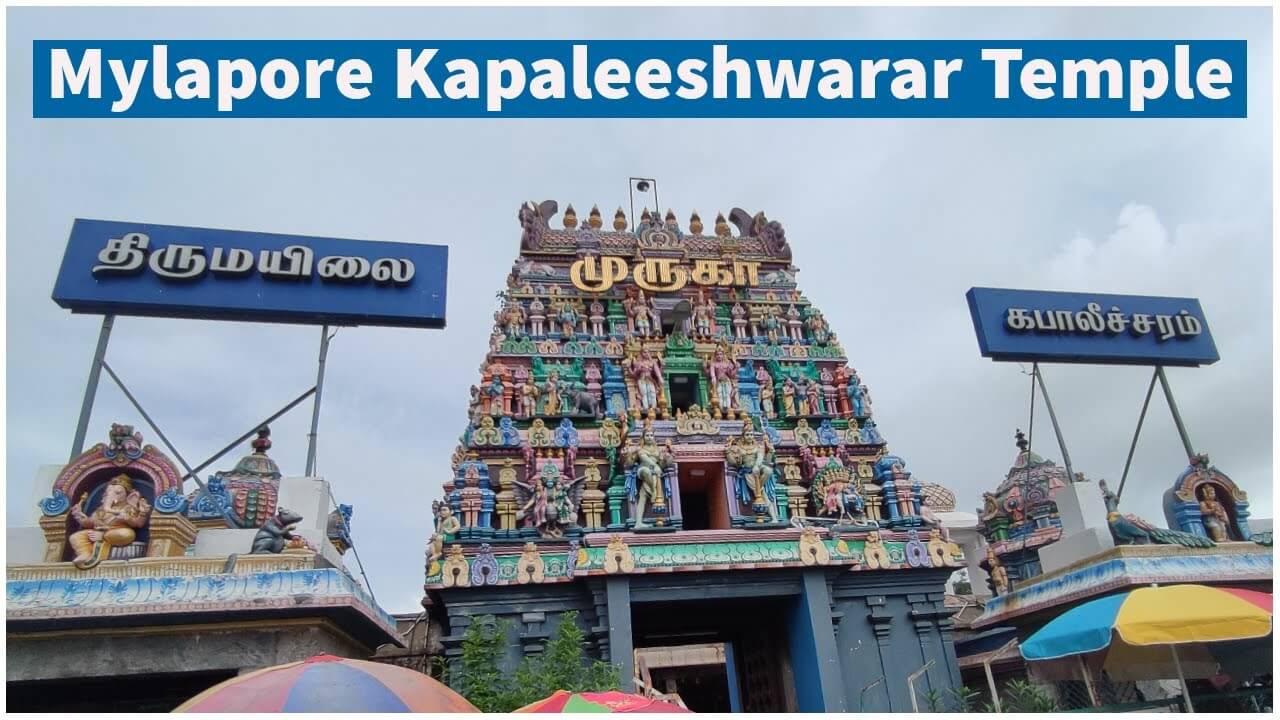 Built by Portuguese explorers, the San Thome Basilica was constructed in the 16th century. Also known as St. Thomas Cathedral Basilica and National Shrine of St. Thomas, and this church is built with neo-gothic style. Tourists usually come here to see and enjoy the beauty of this Roman Catholic Church.

One of the most crowded beaches in the country, Marina Beach is another jewel of Chennai. The beach is situated on the coast of the Bay of Bengal and is spread over 6 km; Starting from Fort St. George to Foreshore Estate.

Another architectural beauty near Kapaleeswarar Temple, Sri Parthasarathy Swami Temple is sure to amaze you with its rich colours and history. The temple has five forms of Vishnu and was originally built by the Pallavas in the 8th century. 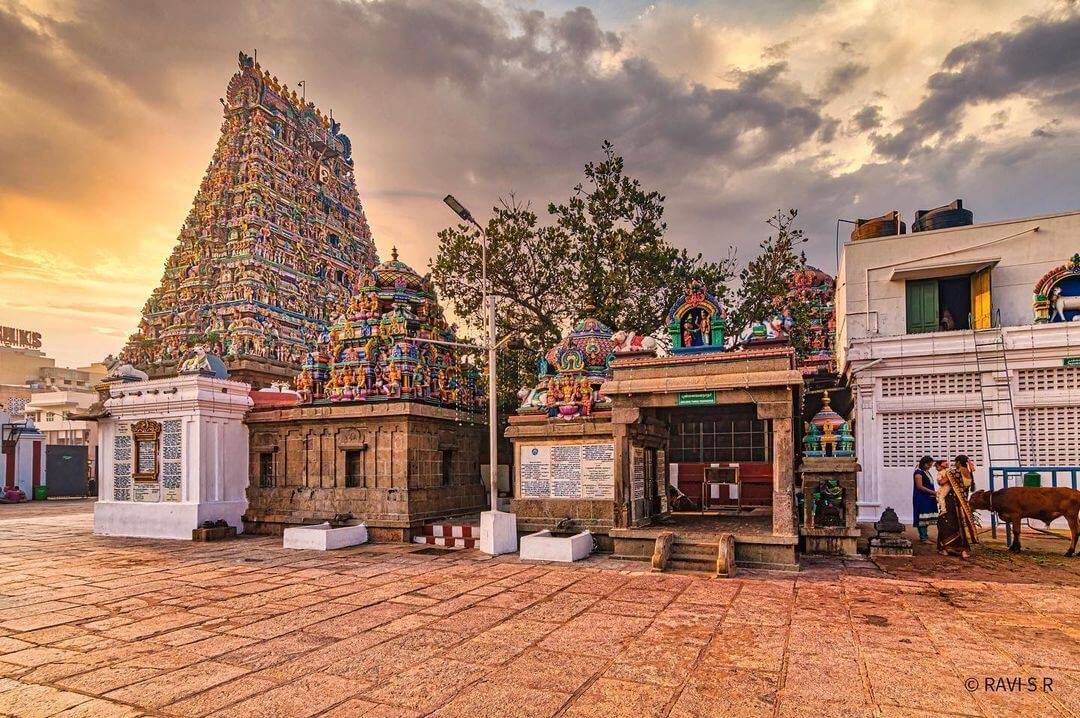 How to reach Mylapore Kapaleeswarar Temple

By Air- The nearest airport from Mylapore Kapaleeswarar Temple is Chennai airport which is located at 18 km from the main city and is well connected to major cities in India. From here you can easily reach this temple by using local transport services.

By Train- The nearest railway station from Mylapore Kapaleeswarar Temple is Chennai railway station which is located at about 8 km from the main city. Direct trains are available from many cities in India to Chennai.  From here you can easily reach this temple by using local transport services.

By Road- Chennai is well connected by road to all major cities and highways so you can easily reach this temple by using any own, local aur private vehicle.