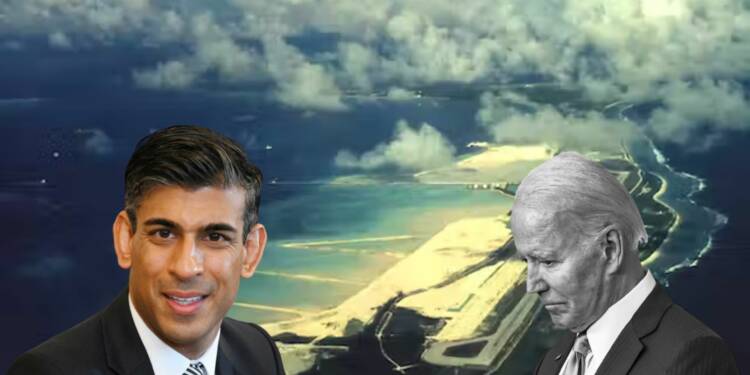 Tensions between UK and Mauritius have lingered since the latter’s independence in 1968, over the issue of Chagos Archipelago. During negotiations on granting Mauritian independence, the UK had proposed to separate the Chagos Archipelago from the colony of Mauritius. The issue has over the years received increasing global attention with international institutions also calling for “complete decolonization” of Mauritius. However, the UK has ignored such calls and refused to leave so far.

The issue of Chagos Archipelago

Although the UK granted independence to Mauritius, it retained the Chagos under its hold.

According to Mauritius, the proposal stemmed from a UK decision in the early 1960s to “accommodate the United States’ desire to use certain islands in the Indian Ocean for defence purposes. Thus along with British colonial ambition, American strategic interests have also overriden Mauritian claims of sovereignty.”

Even after widespread support to Mauritius’ claim of sovereignty over the Chagos Archipelago, UK has so far refused to leave. The archipelago is strategically extremely important for both UK and the US and they have gone to great lengths to prolong their control over it. UK separated the Chagos archipelago in 1965 from Mauritius. British officials had also forcibly removed the entire archipelago population. It had also signed an agreement with America to allow the US military to use the archipelago for communications and defense-related purposes. Thus, amid US-USSR rivalry during cold war, the American military base of Diego Garcia came up in the Chagos archipelago.

ICC and UN call on Britain to leave Chagos

Back in 2019, the International Court of Justice (ICJ) had said that Britain has an obligation to end its administration of the Chagos Archipelago, home to the U.S. military base of Diego Garcia, and complete the process of decolonisation of Mauritius. It was a significant legal victory for Mauritius, which was also backed by other nations. Later the United Nations General Assembly supported ICJ’s opinion on Chagos and demanded that the UK “unconditionally withdraw its colonial administration from the area within six months”.

However, since then 3 years have passed and UK still controls the Chagos archipelago conveniently ignoring the ICJ and UN’s calls.

Mauritius and UK to open talks on status of Chagos

After all the attempts at resolutions failed, now Britain and Mauritius have begun talks on the sovereignty of the disputed Chagos archipelago, the Mauritian Prime Minister announced recently.

“The latest developments on the Chagos issue are very encouraging. Negotiations between Mauritius and Britain have begun,” Prime Minister Pravind Jugnauth said in a New Year address.

UK Foreign Secretary James Cleverly, stated in November 2022, that they had agreed to hold “constructive negotiations” and hope to reach an agreement early next year.

As per the report, now UK intends to “resolve all outstanding issues, including those relating to the former inhabitants of the Chagos Archipelago”.

However, the fact that the UK continued to control the archipelago even after calls to end its colonial administration over Chagos by ICJ and the UN shows its commitment to international laws and obligations. The US and UK have shown that international institutions and its verdicts do not apply to them if it clashes with their “strategic interests”. Ironically, these institutions are also used by the West to arm-twist other smaller countries when they dare to defy the West’s diktats. Further, if that’s not all, the UK has already made it clear that whatever the results of the talks, the joint UK and US military base on Diego Garcia, the largest of the isles, will continue to operate. Thus, whether these talks will bear any fruits, is still in doubt and going by how UK’s past actions, the bar of expectations is embarrassingly low.