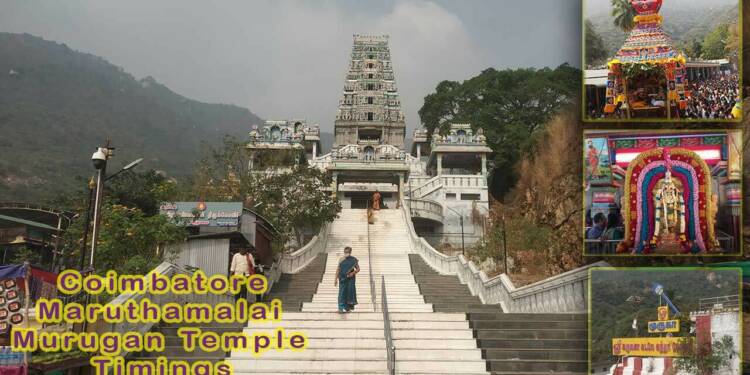 Built by the Tamil kings during the 12th century CE, Lord Murugan is worshiped in the form of Dandayuthapani in this temple. The main feature of this hill is that it grows important medicinal herbs, which are used extensively in making Ayurveda medicines.

Marudhamalai Temple opens from 6 AM to 1 PM in the morning and from 2 PM to 8.30 PM in the evening. 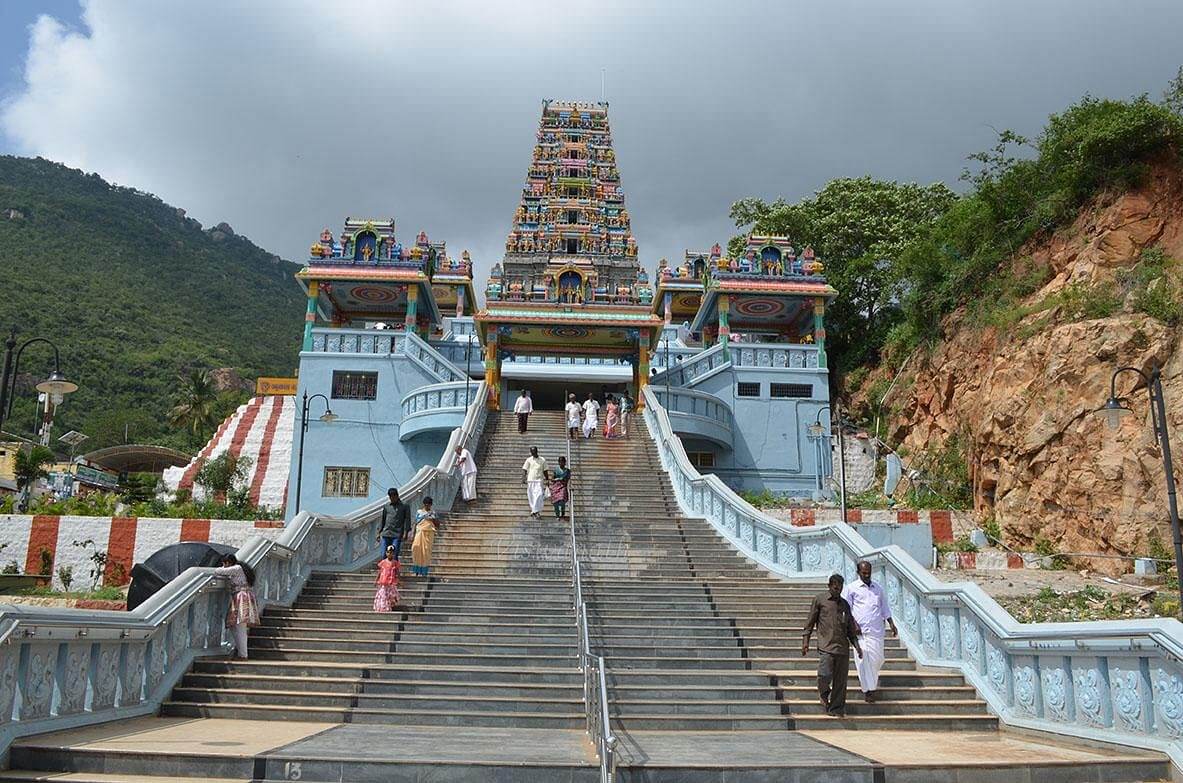 Known as Pambatti Siddhar, at an early age he was involved in catching snakes, breaking down their venom and making medicine for snake bites and hence people call him “Snake Doctor”. Once he came to Marudhamalai in search of Nag Ratnam, a snake breed. Sage Sattai Munivar then appeared before him and told him that “the purpose of birth is to find the serpent within the body and wandering in the forest in search of snakes is useless.”

Pambatti Siddhar listened to him and gained knowledge and concluded that he would never hurt any life on earth. He started worshiping Lord Murugan at Maruthamalai and engaged in meditation. Pleased with his penance, Lord Murugan appeared before him along with his wives Valli and Deewana and blessed him with knowledge. Devotees fondly call him as Maruthamalai Mamani. 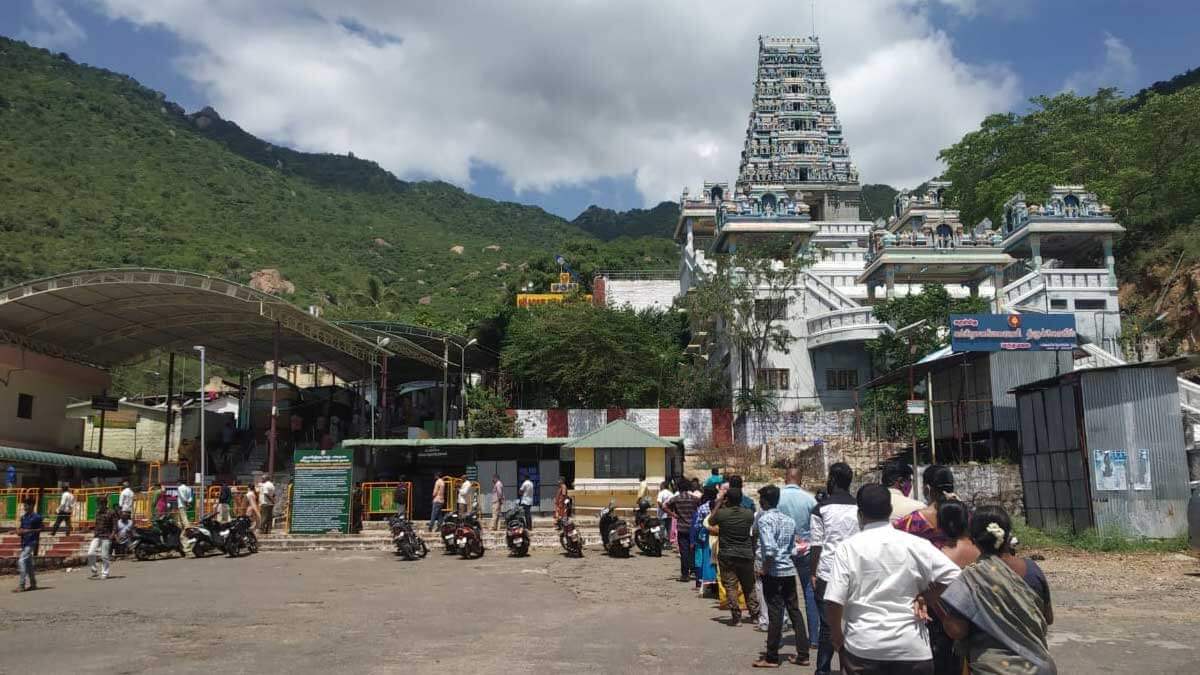 Isha Yoga Ashram in India is a non-profit and non-religious centre, which has been attracting innumerable people from different parts of the world for a long time. The ashram and yoga centre has been established by Sadhguru Jaggi Vasudev. 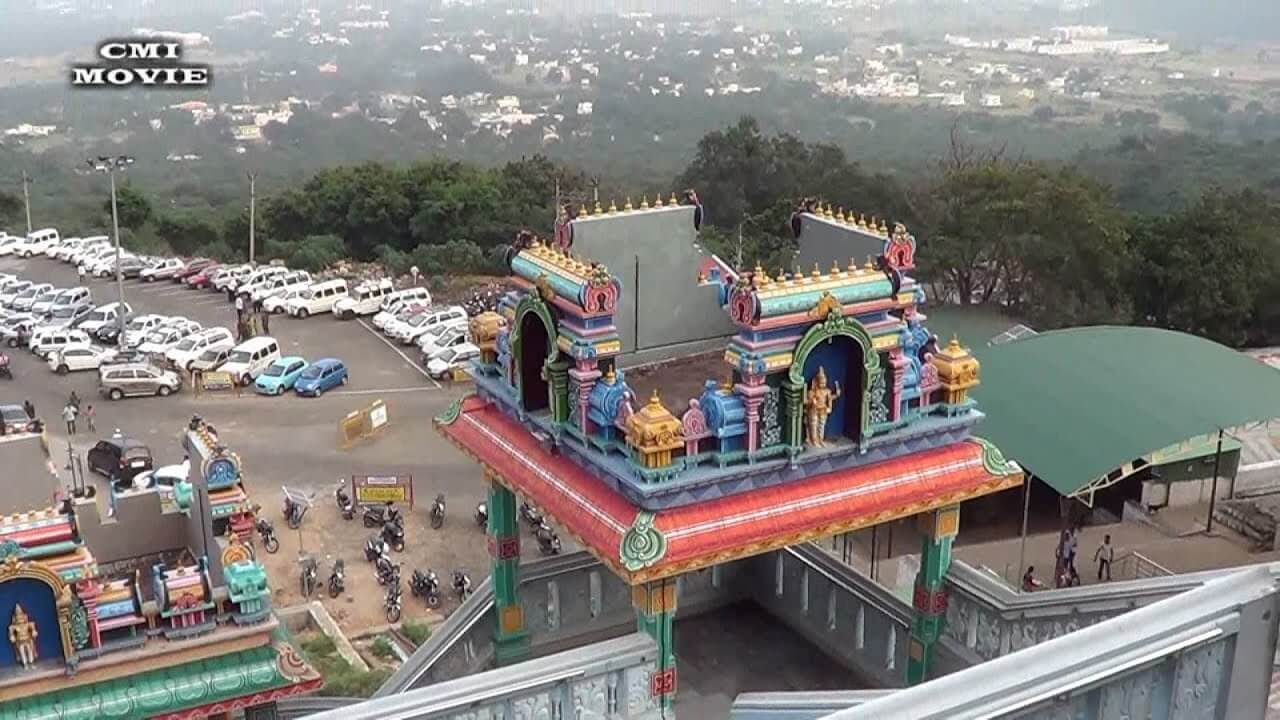 How to reach Marudhamalai Temple

By Train- The nearest railway station from this temple is Coimbatore Railway Station which is at 16 km away. You can easily reach the temple by taking rickshaw from here.

By Road- You can easily reach the Marudhamalai Temple by taking public vehicles like auto or rickshaw or bus from any part of the country.