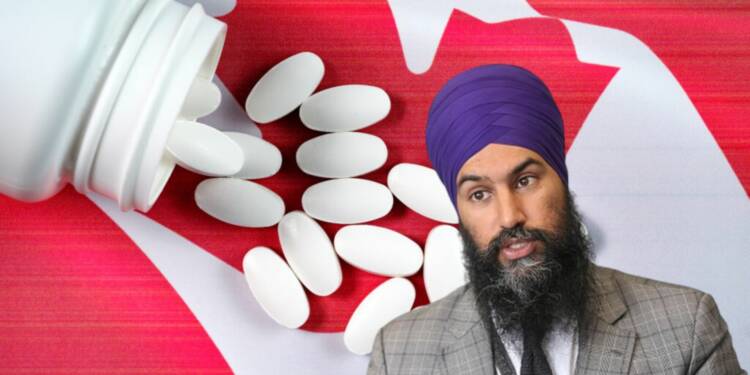 An open voice of Canada, Dr. Julian Somers, one of the leading researchers on drug addiction in Canada claims that the provincial government of British Columbia has asked him to delete a crucial database in an effort to silence criticism of the province’s policies regarding homeless people. The incident seems to be part of a larger, national campaign to silence experts who think that Canadian policymakers are wrong about homelessness and drugs. But why the government of British Columbia is scared of this database?

The potential threat that the government sees can be traced back to 2004 when Dr. Somers first released a database called “Inter-Ministry Evaluation Database” which helped to create a detailed picture of people’s lives, helping researchers to accurately measure the impact of government policies making it a significant database used in over 30 provincial reports, 60 peer-reviewed publications.

The IMED was then utilized by Somers for his own $20 million research project on Vancouver’s poverty alleviation programs. 497 participants were randomly divided into three groups, with each group receiving a distinct support program. It came to the conclusion that B.C.’s standard approach to homelessness was ineffective after using the IMED to follow their lives for five years. It is common practice to herd homeless people into housing where the majority, if not all, of the residents, is just off the streets, resulting in trauma and addiction in B.C. and much of Canada. A “safe supply” of free drugs and few resources for recovery and social reintegration are then provided to these residents as a cure.

According to the study by Somers, homeless people should be housed in a way that integrates them into normal society. If rehabilitation, employment, and social reintegration are prioritized, then crime and medical emergencies can be reduced by 50% without incurring additional costs.

“The work of Dr. Somers and his research team at CARMHA confirms that our concerns as local residents and neighbors are valid,” stated Karen Finnan, spokesperson for the Kitsilano Coalition.

“It is shocking that Dr. Somers’ Call to Action, which is the result of over $120 million dollars in taxpayer-funded research, would be ignored in favor of embarking on a large scale, costly construction initiative.”, he added.

Somers didn’t agree with the government. He claims that the government responded by simply preventing him from updating, analyzing, or utilizing the IMED for new projects without the written permission of the province. According to Dr. Somers, this effectively destroyed the database’s value.

Somers believes that the British Columbia government has “completely frozen out” him over the past two years. Additionally, he asserts that he advocates for safe supply engaged in an intimidation campaign against him.

“This government is actively hostile to the existence of the data, so I’ve completely given up. The work I was doing is no longer viable,” he says. The Ministry also stated that Dr. Somers was informed in January 2022 that he could continue to access the IMED until March 2023 in order to “select” published findings to be replicated in the new government database and allow “existing projects to conclude.”

Other general well-being and habit specialists say they are unsurprised at the idea that political strain is being put on analysts whose discoveries are awkward for legislatures. Since its inception, BC Housing has successfully housed seniors and low-income families in the same building. Parents can cook together and provide support to one another while their children can play in communal courtyards. Seniors who live together can be wonderful companions. Congregate housing, on the other hand, has the opposite effect on addicts and people with mental illnesses. As they attempt to improve their lives, residents must be resilient to the erratic behavior and drug use of others.

British Columbia government faces the great challenge of housing for the mentally ill people wherein the government plans to hoard the crowd in confined spaces. It is clearly a repression of voices that stands to preserve the democracy of Canada while the BC government aims to push its own policies to preserve its political interests. Such ignorance by the government can only push the province into chaos while the country too, is likely to feel its impact in the long run.