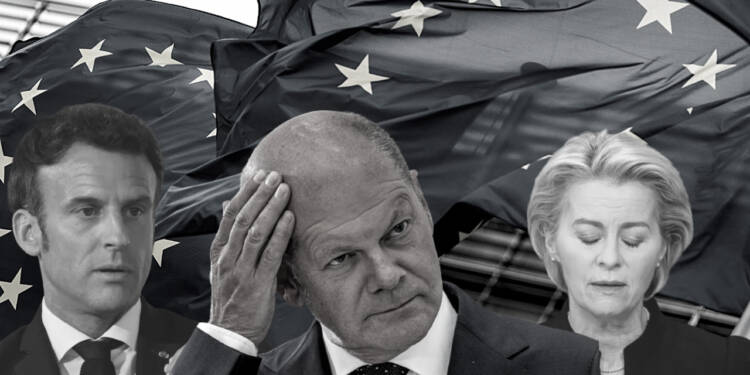 Implicit bias, continental shame, institutionalized racism, a combination of different grounds of discrimination, a remorseful tone, and so on; a cursory glance through the European Union’s documents will indeed make one tremble at how the Union’s reports are rampant with platitudes that tacitly condone ‘woke’ ideology and read more like intersectional manifestos than action reports.

So, why is the EU more ‘woke than the wokest,’ taking sides in a bitter argument that is tearing apart a significant chunk of Europe’s political class?

Why has the Union abandoned essential objectives such as welfare, economic stability, poverty alleviation, and so on?

To be clear, woke ideology is plain obnoxious. Unfortunately, there are several examples of sanctuaries of knowledge going to descend into sectarianism mills in the marketplace of ideas. In many ways, the Union’s extreme attitude to publicly playing the “identity politics” game is disturbing. But how did the Union become so prejudiced?

Fanaticism may be a new indication of the times, a new form of moral puritanism that prioritises ideological positions over reality, one that negates both dissenting viewpoints and facts. If this is the case, Europeans should be concerned, and they certainly are. The recent election results in many European countries demonstrate European discontent with the growing “wokeness” in the European establishment.

The popularity of the right has recently surged throughout Europe. The right’s strength was underlined by its victories in Italian and Swedish elections. Furthermore, its expansion was not limited to Sweden and Italy. Indeed, in recent months, Europe’s largest country has seen an unparalleled rise in the number of radical right-wing parties. Last September, the radical right-wing Alternative for Germany Party (AfD) won 10% of the vote in the last German parliamentary elections. In April, Marine Le Pen — Leader of France’s anti-immigrant National Rally Party — won 41.8% of the vote in the second round of the presidential election against French President Emmanuel Macron.

In the same month, Bulgarian right-wing party Fidesz won 52.73% of the vote, representing a two-thirds majority in the parliamentary elections. Finally, in June, the right-wing National Rally Party won 89 seats in the French parliamentary elections, and these results are a major victory for the right-wing parties in France. As a result of these recent numbers, we can confidently state that the nationalist right is on the increase in Germany, France, Belgium, the Netherlands, Poland, Austria, Sweden, Hungary, Spain, and Italy. In other words, the right is making unprecedented inroads across Europe.

Indeed, the rise of the right has the potential to destabilise the EU. This is especially true following BREXIT, which was undoubtedly a shock to this organisation and opened the door to the ultimate exit of many countries and the dissolution of the West in its current shape.

The collapse of the EU is becoming a highly likely scenario. The economic crisis began in 2008, followed by the Ukrainian crisis, and lastly the refugee influx crisis as a result of strategic failures in the Middle East, notably the Syrian conflict. The Russo-Ukraine conflict left an indelible mark on the European mentality. Russia is currently engaged in its third war, and Russian President Vladimir Putin has been successful in his endeavours. All of this is happening while the EU is feeling powerless to intervene other than to enforce penalties, which have proven entirely ineffectual.

This Russian achievement has instilled dread in Europeans, convincing them that their reliance on one another does not ensure security, and that the European project does not give the assurances to secure security and peace in the face of these challenges.

In addition to the union’s incapacity to offer security for European citizens, the union’s inability to deliver economic welfare has been more widespread in recent years. This is where the unemployment rate and external debt skyrocketed, especially during the coronavirus pandemic and refugee influx problem. According to several sources, there is also a steep drop in economic growth rates, in addition to the major issue, which is the significant economic gap among the member states.

As a result, it has been demonstrated to the European citizen today that the union is no longer capable of delivering the aims for which it was established. Thus, the European voter sought sanctuary in the concept of the nation-state and the right’s protectionist, anti-woke discourse. This would undoubtedly represent a significant danger to that regional institution and weaken the European Union’s woke enterprise very swiftly.