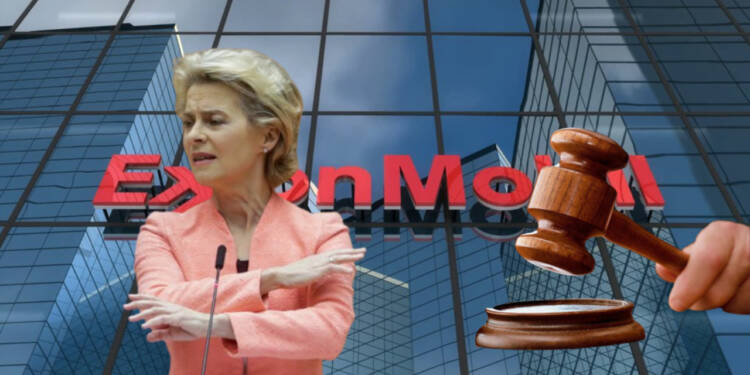 New windfall tax: European Union lacks empathy. It is troubling the troubled. The European energy companies which are facing a historic crisis amid the Ukraine war are being harassed by the bloc. The companies have now dragged the EU to court for policies which will harm their business.

In the European Union, a temporary windfall tax was approved in September to reduce the excess profits made by energy companies in 2022 or 2023. Additionally, a tax on the extra money that low-cost power producers make from selling electricity was approved, as was a requirement to reduce electricity use by 5% during times of high electricity prices.

The move has been criticized all across as energy companies across Europe have witnessed an exponential fall in their finances. Due to the high cost of gas and oil, European energy and utility businesses are taking on additional debt.

Since the pandemic, their total debt has been increasing, and as of this year, it has risen by more than half to more than 1.7 trillion euros. Exxon Mobil Corp. has filed a lawsuit against the European Union, claiming that the bloc lacks the legal right to impose the new windfall tax on energy companies.

This year, a number of countries in Europe have implemented windfall tax on energy corporations to limit excessive profits in the face of rising energy costs. The action is a significant retaliation against the oil sector, which this year has made record profits as western governments work to reduce increasing consumer energy costs in the wake of Russia’s invasion of Ukraine.

However, western governments have tried to pin the blame the for increasing costs of energy on the companies. But, European Union policies are the ones to be blamed for it. The sanctions on Russia led to a surge in oil and gas prices. From the very start, Europe tried to replace Russian energy with other sources but failed.

Now with this move of Exxon Mobil Corp., the tax, which would raise billions could be in jeopardy. According to Exxon, its Dutch and German companies filed the action at the EU General Court in Luxembourg on Wednesday.

Exxon spokesperson Casey Norton argued that the tax would be ineffective and “undermine investor confidence, discourage investment, and increase reliance on imported fuel and petroleum products.”

Recently, Exxon’s Chief Financial Officer Kathy Mikells warned investors that the corporation could lose at least $2 billion due to windfall tax by the end of 2023. The estimate “depends on a country-by-country implementation of specific legislation.”

Further, Norton has also said that Exxon is looking for compelling business propositions anchored by a stable and predictable investment climate as it contemplates potential multibillion-dollar investments in Europe.

Read More: Olaf pushes the German economy into a vicious debt trap to prevent civil unrest and save his chair

She continued, “How attractive and globally competitive Europe will be depends largely on whether we will invest here.”

Clearly, the European Union policies are anti-business and at a time when energy companies are already drenched in debt, it’ll push them into bankruptcy. It is important to note here that Exxon’s long-term debt stands at $39.246 billion.

Europe’s energy sector is in a condition of chaos and the perpetrator of its ruin and high prices are not because of energy companies but Biden and Brussels who rallied multiple nations to place sanctions on Moscow. Therefore, energy companies taking EU to the court is not only reasonable and required but a necessity for them.