Sudan is mass producing gold and yet it remains impoverished 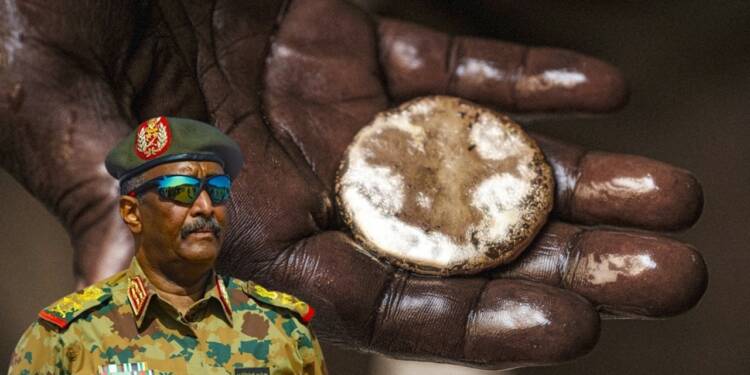 The Sudanese Mineral Resources Company announced the production of more than 18 tons of gold during 2022, describing it as the highest productivity in the history of the mineral sector in Sudan.

The Director of the General Administration for Supervision and Control of Production Companies, Engineer Alaeldin Ali, said in a press statement on Monday that the production rate of gold for the year 2022 amounted to 18 tons and 637 kilograms from the production of the organised sector of concession companies and companies dealing with traditional mining waste.

He pointed out that productivity increased by one ton and 611 kilograms, compared to the highest production in the last period, which was achieved in 2019

Despite huge gold reserves, the landlocked Central African country of Sudan continues to reel under poverty. Economic inequality and poverty are key drivers of vulnerability and multiple deprivations, restricting children and young people from realizing their basic rights in Sudan. Sudan is one of the poorest developing countries in the world with over 40% of its citizens living below the poverty line.

As a result, it is apparent that the benefits of gold have been shifted to fewer individuals rather than benefiting the country or society. Sudanese gold is a curse since it has not brought wealth to the people of Sudan. It has benefited a few people who want the populace to remain impoverished.

With the independence of South Sudan in 2011, Sudan found itself stripped of two-thirds of its oil reserves, and Omar Al-Bashir’s regime had made gold mining the cornerstone of its economy and one of its main sources of enrichment

Over the past decade, Sudan has become the third largest gold producer on the continent. In 2021, more than 93 tons of gold was extracted, 80% of which came from small-scale mines that have spread throughout the territory. Millions of Sudanese thereby depend on metal mining as their only source of livelihood.

However, there are various impediments that prevent the country from fully utilising its resources to benefit the maximum number of people.

Sudan gold output is frequently driven by unorganized, informal mining, and gold smuggling across international borders is a persistent issue. It is claimed that 50% to 80% of Sudan’s gold is smuggled out of the nation, with the revenues typically used to fund the internal fighting.

Despite the government’s frequent declarations to take serious efforts to combat gold smuggling, tighten border controls, and prohibit exports except through the Central Bank, the massive amounts of gold smuggled demonstrate that smuggling activities are conducted through legitimate ports and airports.

All of this evidence suggests that the amounts created from gold, as well as the quantities smuggled from it, are significantly greater than the figures stated by the official authorities.

Also Read: Ghana is slowly moving towards Gold standard to de-dollarise its economy

Many citizens pointed out that landing and take-off fees are paid at the sites of international mining corporations, implying that powerful government agencies are participating in gold smuggling operations. They had earlier confiscated a mining company’s private plane, which was carrying 341 kilogrammes of gold bullion despite its authorization only allowing for 93 kilograms. Activists pointed out that the discovery of cast gold in the mining area of Qobgaba mine in River Nile State suggests the presence of army secret dumps and prompt support.

Perhaps the most important feature that distinguishes management of the gold mining sector in the region is the clear bias of Federal Government authorities towards companies in general and concession companies in particular, ignoring traditional miners in the region, motivated by their unstated goal of granting community land to these companies, and thus the exit of traditional miners and turning them into workers in these companies, so they  placed everything related to gold mining in Sudan- under their control.

Accountability, financial controls, procurement and tender controls, involvement of regulatory, legislative, and journalistic bodies, and informing the public about all gold-mining relevant information, including federal and state government shares, local quotas, community shares, and the contribution of concessionaire companies to local development are some of the stringent measures that Sudanese authorities should take to safeguard the resource-rich nation and its citizens.