The Red Sea is a critical link in a network of global waterways. It is a vital economic artery for the world. 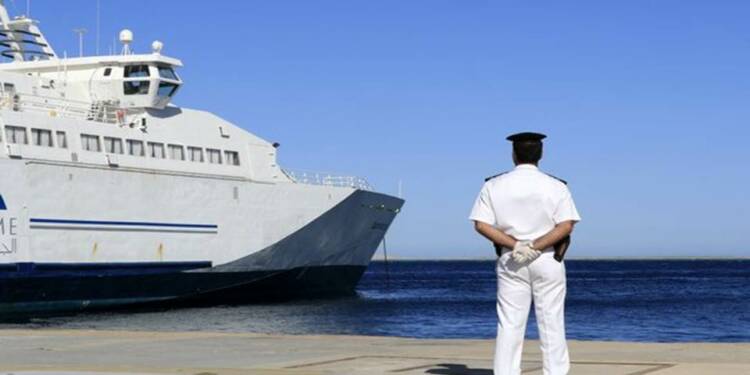 The Red Sea is a critical link in a network of global waterways. It is a vital economic artery for the world. Over 10 percent of global trade passes through the Red Sea each year. It crosses some of the most strategic waterways in the world, such as the Bad al-Mandab at the Red Sea’s southern entrance and Egypt’s Suez Canal in the north. The Red Sea’s importance is not just for economic reasons but it holds paramount geopolitical, military, and strategic importance for major powers. So, let’s discuss why every Western country is obsessed with the Red Sea.

The Red Sea is one of the World’s busiest shipping lanes. It is an essential sea line of communication (SLOC) and is crucial to maintaining many countries’ political and economic stability. It is of huge strategic importance lying between the continents of Asia and Africa.

There is growing competition amongst global powers to establish military and intelligence bases in the area to extend their influence. The Horn of Africa region has become a nerve center of 13 foreign military bases. It hosts bases of the USA, China, France, Japan, Saudi Arabia, and other states. Even modestly-sized Djibouti hosts six of them.

The strategic importance of the Red Sea

All major powers including UK, US, France etc. have their military bases present in the region through which they want to exercise their influence. France also maintains its military base in Djibouti and it continues to support through the Red Sea, its overseas departments of Réunion and Mayotte in the south western Indian Ocean. The United States established a major military facility on the Indian Ocean island of Diego Garcia in the 1970s and in 2002 it opened a counterterrorism base in Djibouti.

Almost 10% of global trade and 40% of that of Europe with the East passes through the Suez Canal located on the Northern end of the sea. The Red Sea has dozens of strategic posts and military bases. It is dotted with ports enabling the transportation of everything from oil to goats to consumer goods.

Further, the military bases here use their strategic location to defend and to strike or monitor rival activities.  Djibouti for example hosts military bases from United States, China, France (including German and Spanish contingents), Japan and Italy. In 2018, the US accused Chinese nationals of pointing lasers at US military aircraft near Djibouti.

Recent geopolitical events have boosted the strategic relevance of the region. The Red Sea has seven littoral states: Egypt, Sudan, Eritrea, and Djibouti form the western flank whereas Saudi Arabia and Yemen make up the Eastern shoreline. Russia has announced plans to establish a naval base in Sudan whereas China holds a military base in Djibouti.

After the Ukraine-Russia war, the interest of the West in Africa has grown significantly.  All major economies in the West are trying to gain access to their resources to fulfill their needs. At such a time, the West can’t ignore the Red Sea, an important region for global trade. The fact that Russia has announced its plans to establish a naval base in Sudan has already alarmed the West. The West needs to counter growing Russian and Chinese influence in the region.

From the Suez Canal that links it to the Mediterranean, to the straits of the Bab al Mandab that connect it to the Indian Ocean, the Red Sea is a vital artery for the world economy. The main transport mode for global trade is Ocean shipping. Around 90% of traded goods are carried over the waves. And more than 10% of seaborne cargo sails through its waters every year including the majority of Asian trade with Europe.

For any navy aspiring a transoceanic reach, the Red Sea serves as a crucial chokepoint. Choke points are vital for maritime trade and essential to maintain the global supply chains. Chokepoints are ways to exert control or amplify political power.

The Suez Canal is an important choke point as it links the Red Sea with the Mediterranean Sea. It makes up the shortest seaborne route from Europe to Asia. It is also important as currently, almost 2.5% of the World’s oil output travels through it.

In the present times, it is feared that countries with a hostile political environment may position their naval troops alongside these global choke points and try to flex their muscles. This is of particular importance to the West at present. After Russia cut off gas supplies to Europe, the West is already dealing with an unprecedented energy crisis. Thus, with greater geopolitical pressure the importance of this region is only expected to increase even more.